Athlete of the Week: Sierra Calleson 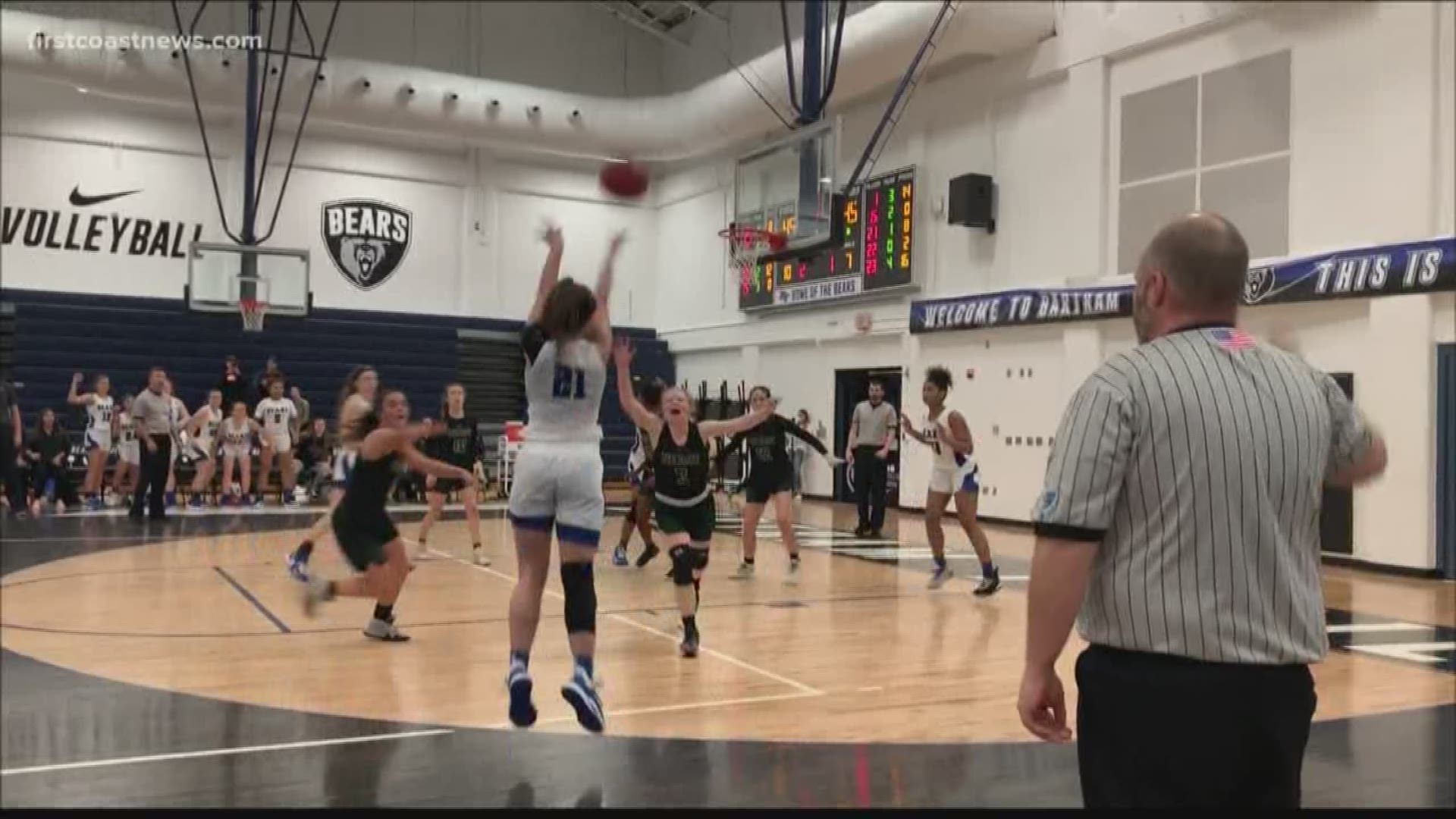 Asked what is the legacy left by his senior captain, Sierra Calleson, Bartram Trail head coach Tim Winter pauses to collect his thoughts.

"And I think I'm most proud of is that she did not. In fact, she threw herself into it more."

Thanks to the continued dedication of Calleson and her fellow seniors, the Bears did more than just rebound from that disappointing start: they won the St. John's River Athletic Conference title and punched their ticket back to the FHSAA Playoffs.

"Us making the playoffs was pretty special for us because we knew the story. Not everyone knows the story [of the disappointing start]," the first-year head coach added.

It was a fitting ending to Calleson's four-year, Varsity career, the last three of which came in St. John's at Bartram Trail. After beginning her career in Tallahassee, she immediately made an impact at Bartram Trail, including starting on that Final Four team. This season, she shot nearly 80-percent from the free throw line, among the best marks on the First Coast.

But for Calleson, it goes beyond the lines of the court.

"Bartram just really has the atmosphere that it's 'bigger than basketball,'" she explained. "Our coaching staff has really implemented that character matters. I think that's the thing I'll take away from this: being a good person is really important in life."

Calleson is a prime example of that.

As her next journey begins, Calleson is proud not just of the banners and trophies won, but the culture she helped build at Bartram Trail.

When asked what her legacy, she didn't hesitate.