Athlete of the Week: Neilani Goicoechea

Freshman has been a "spark plug" for Atlantic Coast girls' soccer 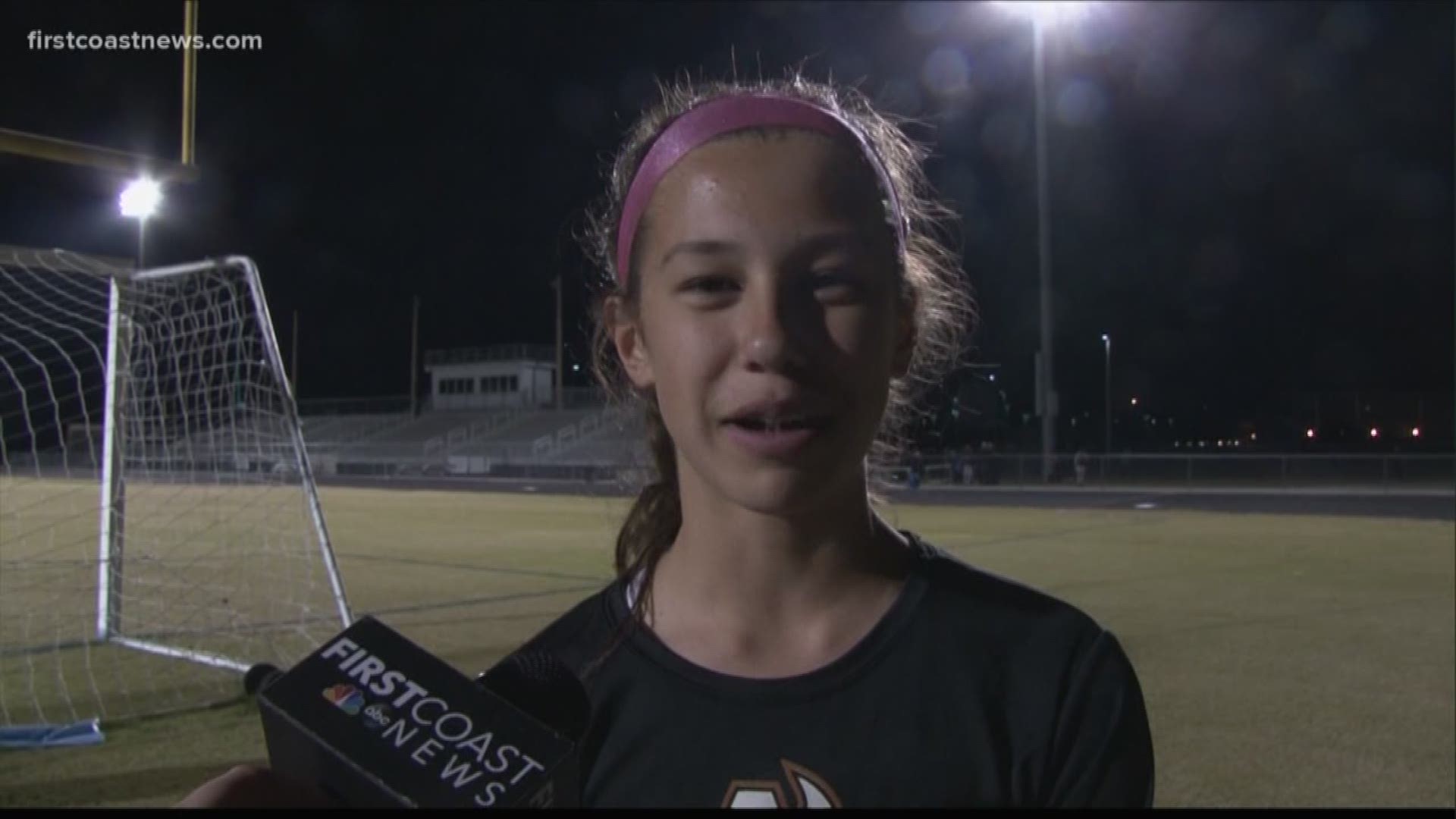 She's the first to admit: her name can be hard to pronounce.

But it's equally as hard to stop Neilani Goicoechea on the soccer field.

"She's a nightmare for defenders," smiled head coach Kenny Mukasa as he reflected on his freshman sensation's first campaign at Atlantic Coast. "You would not expect a freshman to step up the way she's stepped up.

Goicoechea admits: it was a bit nerve-wracking at first.

"It was kinda scary because I know I'm playing against [players that] are so much older," she said after the Stingrays' 8-0 win over First Coast on January 27. "I remember [my first start]. I had just come back from a concussion and found out I was starting. I was like 'ahhh!' I was nervous."

But Goicoechea has become a mainstay in the starting line-up for the 9-5-3 Stingrays as they prepare for a postseason run. Mukasa says the freshman striker is one of his hardest workers on and off the field and hope that translates to a strong postseason run.

"Hopefully she catches the goal-scoring bug this week -- it's gonna be crucial for us," Mukasa said. "Hopefully we get her going and hopefully she's gonna score some goals for us to advance out of our District."