Athlete of the Week: Kade Frew

Bolles running back has been a sophomore sensation 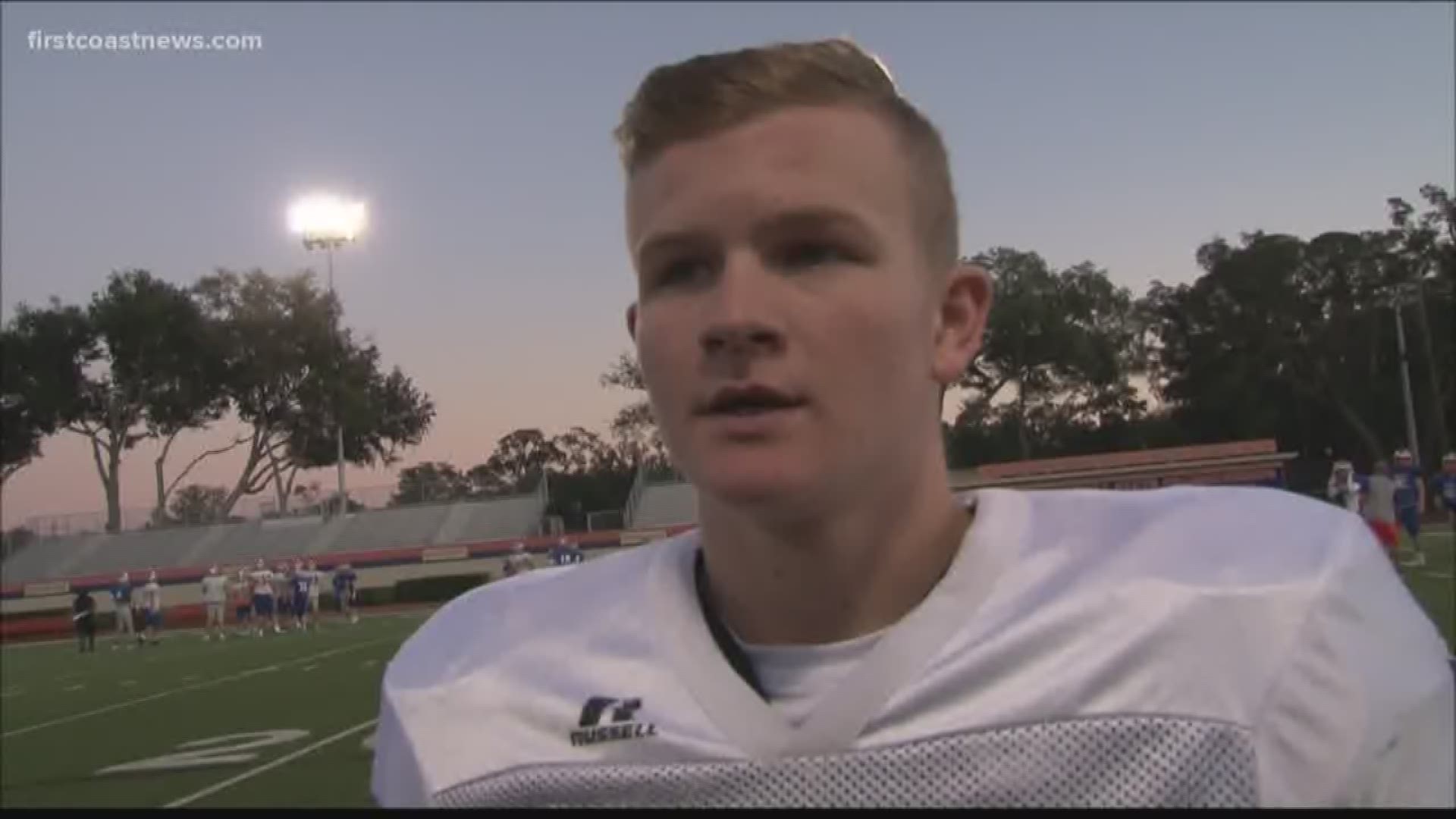 The Bolles Bulldogs are headed to Daytona with their eyes on their first football State Championship since 2011. If they're able to get past Booker T. Washington Wednesday night, sophomore Kade Frew figures to be a big reason why.

Not many young players can carry the load of a team headed to a State Championship, but this week's Athlete of the Week is proving otherwise. And Frew wasn't even a part of the Bolles program last year: just like his first-year head coach Matt Toblin, the transfer from Fleming Island is learning as he goes -- both on and off the field.

"Bolles is really hard," Frew smiled at a recent practice. "Academics are crazy hard [too], but I know it's going to help me in the long run. Coach Toblin, Coach Hoepstra -- they know exactly what they're doing. I couldn't have a better coaching staff."

Frew has made an equal impression on his coaches.

"The thing we're most impressed with is how violent he is -- as a back," Toblin added. "He throws his weight around and finishes runs."

Frew ran for 612 yards and seven touchdowns during the regular season, and has averaged close to 100 yards per game in the postseason. He is also a stand-out in baseball.