Athlete of the Week: Josue Rivera

"Hardest working kid" his head coach has ever coached 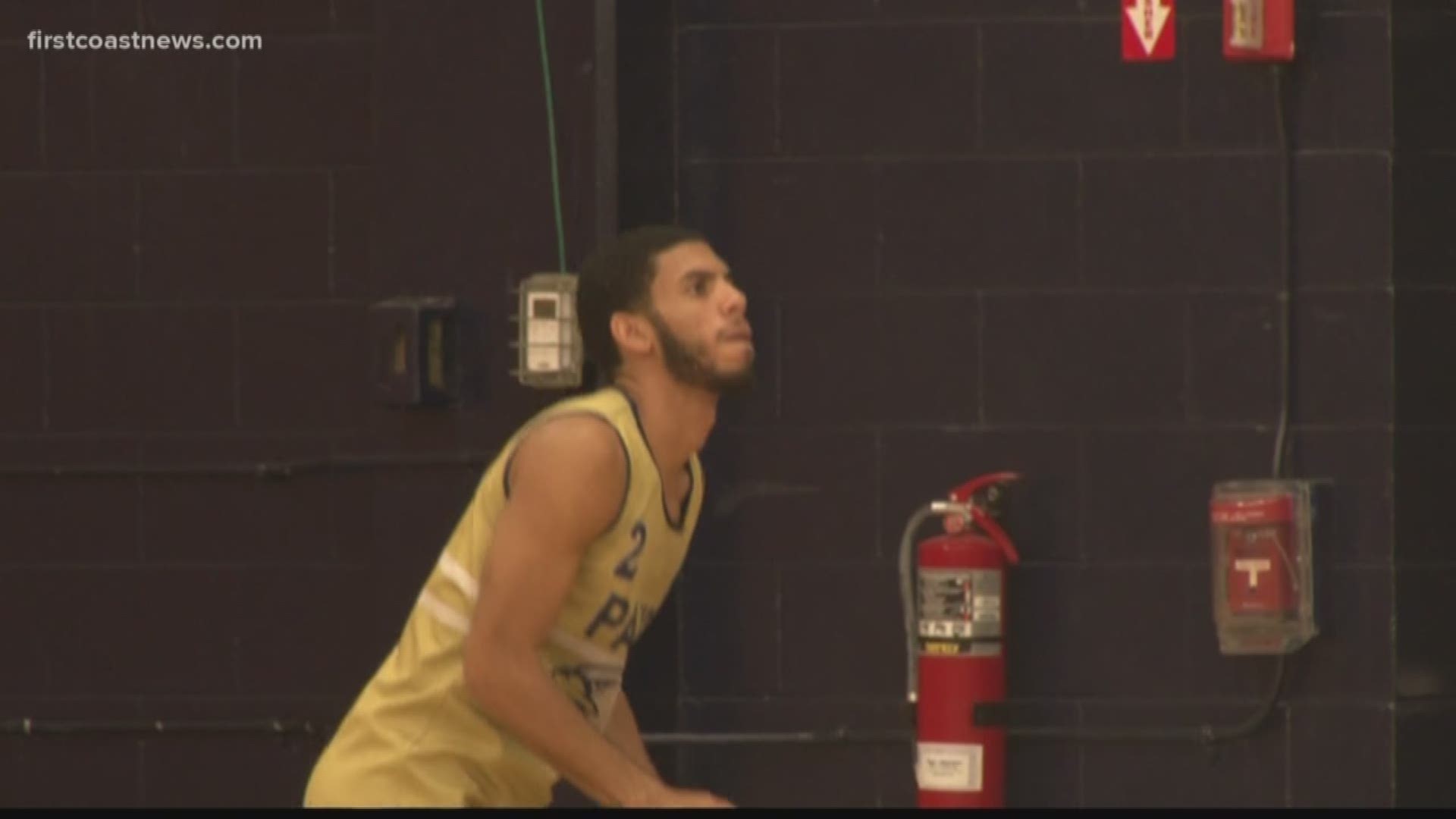 Paxon head boys' basketball coach has been around coaching a long time. A Golden Eagles stand-out in the 1990s, he's been around Paxon, too.

And he says he's never had anyone work as hard as Josue "Sway" Rivera.

"He just gets after it every day. He never gets tired," Frazier explained after a recent practice. "He's a joy to coach. He always has a big smile on his face."

Just take a look at any videos or highlight tapes of Rivera: he's either smiling or diving on the floor for loose balls. He is the definition of a "grinder."

And he preaches what he practices.

"You gotta wake up, go to practice, go home, do your homework. Then go do your own practice individually on your own. It's just a grind. All you do is grind," the senior guard said, reflecting on his four years at the Paxon School for Advanced Studies.

Rivera is part of a five-member senior class that has been on Varsity since their freshman year. Four years later, they've led the Golden Eagles to two Final Four appearances -- the first time the school has advanced to the State Semifinals since 1964. All the while, Rivera has excelled in the classroom. His favorite subjects are math and science, and he hopes to pursue a career in medicine.

While the other four may not get the name-recognition of classmate and UCF-bound Isaiah Adams, Rivera and his fellow seniors recognize that they are leading the charge.

"From last year to now, [my role has changed] for me to become more of a leader," Rivera said. "Just show the younger guys to not take stuff for granted. I've experienced it. You've just gotta keep working. Time goes by fast."

"They completely changed this program," Frazier added. "I think kids that come behind them are gonna be challenged by the standard they have set -- but I think that it's good. Because of the way they carry themselves off the court and the type of basketball they play, they have set the standard for Paxon Basketball in the future."