Athlete of the Week: Fred Davis

Trinity Christian defensive back will play in All-American Bowl 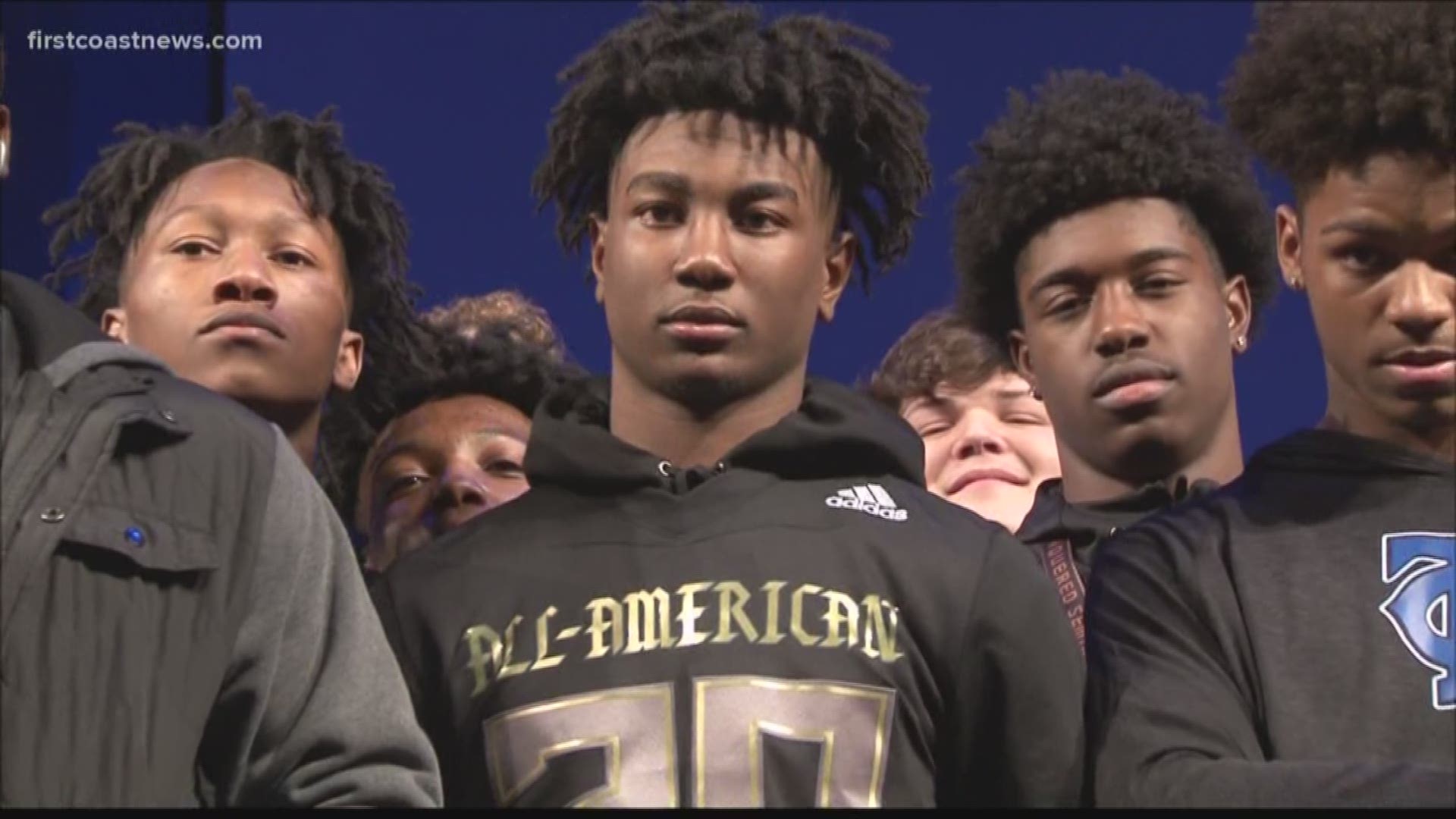 Our "Athlete of the Week" award was far from the only honor Trinity Christian's Fred Davis II picked up this week.

The No. 3 recruit in the state of Florida in the Class of 2020 was presented with his All-American Bowl jersey Tuesday at Trinity Christian Academy. 100 players nationally are selected to play in the prestigious game. The 2020 All-American Bowl will be held January 4, 2020, in San Antonio, Texas, and will be broadcast on NBC.

Davis joins a long-line of TCA alums to play in the game, including current Ohio State defensive back Shaun Wade, who Davis played with when he was a freshman.

"He motivated me. I just couldn't wait to be in his shoes," Davis said following the ceremony. "I finally achieved the goals I set. It came fast. It came real fast."

Davis will head directly to Clemson University from San Antonio, where he will be an early enrollee for the defending national champions.

It's an opportunity he knows he wouldn't have had without Trinity Christian.

"Not many people get this opportunity. They teach you about life on and off the field, and just how to be a man."