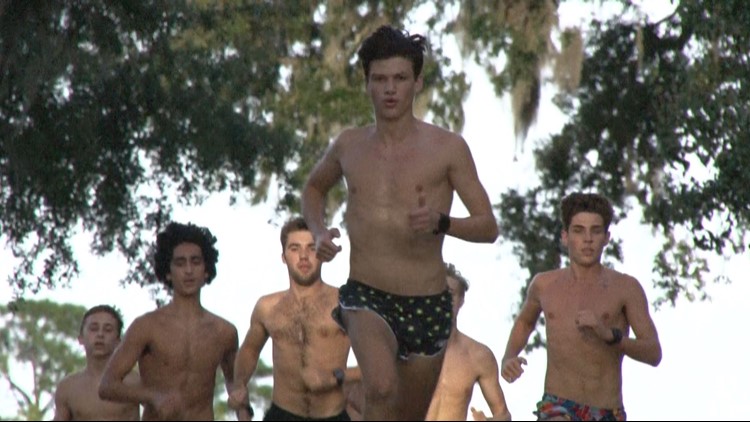 Photo by: O'Brien, Mia
Charles Hicks (center) and the Bolles senior runners at a recent practice.

Athlete of the Week: Charles Hicks

JACKSONVILLE, Florida — When asked to describe what cross country has meant to him, defending State Champion Charles Hicks couldn't help but smile.

"One of the greatest things about this sport is you get out of it what you put in," Hicks said.

Seven years and countless races since he first stepped onto a cross country trail, Hicks has certainly put in a lot of work. And his reward has been equally as plentiful.

In addition to last year's individual and team title, the Stanford-bound senior currently holds the sixth fastest, 5K race time in the history of Florida. He and the Bulldogs also have a shot at becoming the first Florida high school team to ever qualify for back-to-back National Meets.

That's the record Hicks is most concerned about.

"Seeing the team having these fantastic finishes really brings the whole experience full circle," Hicks explained at a recent practice. "I remember when I was in seventh grade, we'd come in seventh, fifth [place] at State. And we would just be happy to make it. Every year we've just been chipping away towards where we are now."

"It's so easy having someone like him [on the team] -- such a great leader, someone you want to aspire to be," fellow senior Alexander Hastings explained, with Hicks smiling beside him. "It makes it so much easier on all of us to have someone to look up to."