Athlete of the Week: Cara McCarthy 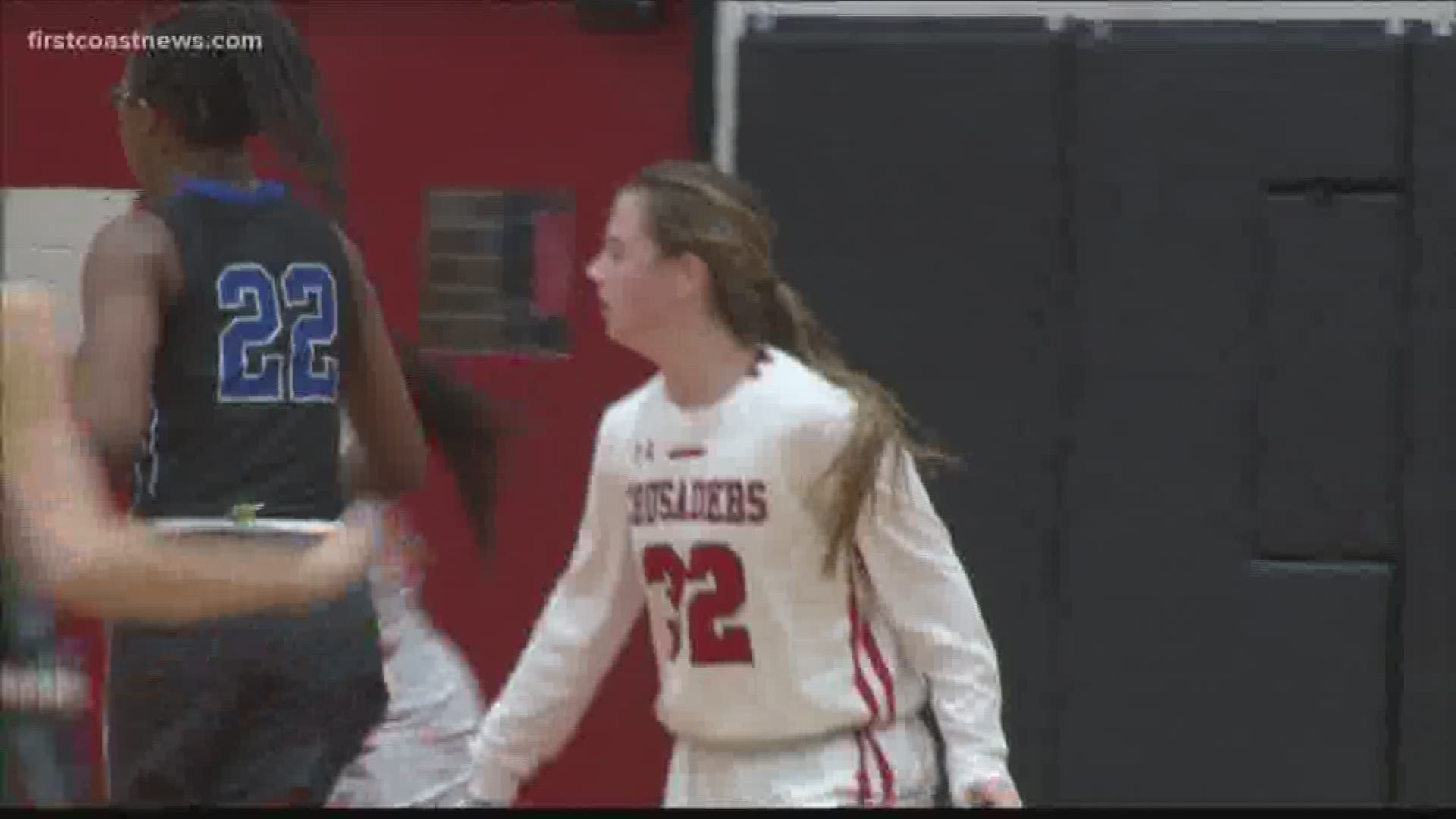 But she is the glue behind Bishop Kenny's Class 5A Championship Game run a year ago.

"She doesn't blow-up a stat sheet, but she's our leader," Crusaders head coach Chelsea Clark explained after BK's 50-33 win over Bartram Trail. "She's our rock. She's the extension of me in the locker room."

McCarthy has started every game she has been eligible to play during her four-year career at Bishop Kenny, playing the entire 40 minutes almost nightly. She says the team's off-season training and brutal schedule this winter have her more than prepared to play a full game each night.

McCarthy always has identified as a "basketball player," but she's helped build more than just a program at BK.

"It's more than basketball here," the senior explained. "It's character, leadership. We're a family."

"She's been with me for over 100 games. She's helped me build this program," Clark added.

During McCarthy's tenure, the Crusaders have gone from an 11-14 mark her freshman season to a 29-3 record and runner-up appearance at the State Tournament. They are 13-8 this year, but have played in multiple, out-of-state tournaments against top-competition.

McCarthy hopes to attend the University of Georgia next year to study law -- but for now, she's focused on finishing her Crusaders career strong.

"I'm living every moment because I know I'm gonna miss it."