Athlete of the Week: Britany Range 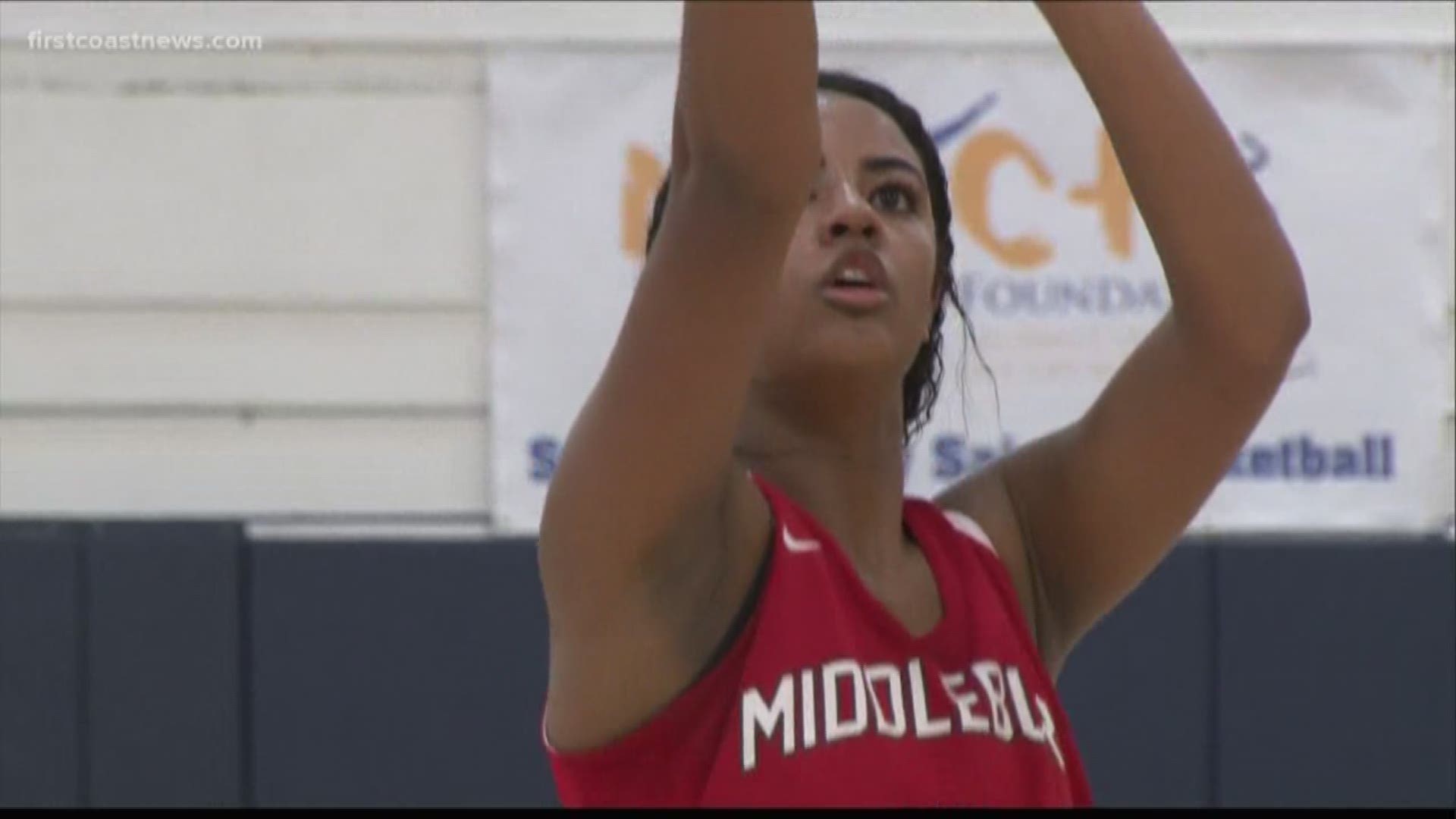 For the first time in Michael Hayward's tenure -- and seemingly in the Middleburg girls' basketball program's history -- the Broncos have three, Division I caliber players on the same team.

One of them has already signed and is leading the way in more ways than one: shooting guard Britany Range.

"She's one of those players that takes direction really well," Hayward explained after the Broncos' (9-5) 62-49 win over Sandalwood (10-7). "She not only leads, but she leads by example. A lot of times, she's instructing girls to do certain things that she's doing herself -- diving for loose balls, guarding the best person on the floor."

There's pressure in being "the first." And while she may be the first Bronco to sign with a Power Five program, her predecessors have helped make Range the player she is today.

"There was a girl before me, Hannah Roney, [who] plays at Belmont Abbey, which is a Division II school. She really shaped me [and taught me] how to work hard. How to be the player I am today," Range said.

"I think this program's gonna take a big step forward because everyone around me wants to push themselves to be better and be the best they can be."

And as if that wasn't enough pressure, Range's dad, Jimmy, is an assistant head coach at Middleburg. But Hayward says that's only helped Range's game.

"She's a coach's player. She understands the game really well. She listens really well," Hayward said. "Not only that, she's a scholar-athlete. She's well above a 4.0 in her ranking."

As of now, Range plans on studying education at Seton Hall next fall. She will be joined in New Jersey by Sandalwood's Amari Wright.

Range currently leads all players on the First Coast, averaging 21.8 points per game. Middleburg is the fourth-ranked offense.