Athlete of the Week: Nyla Allen 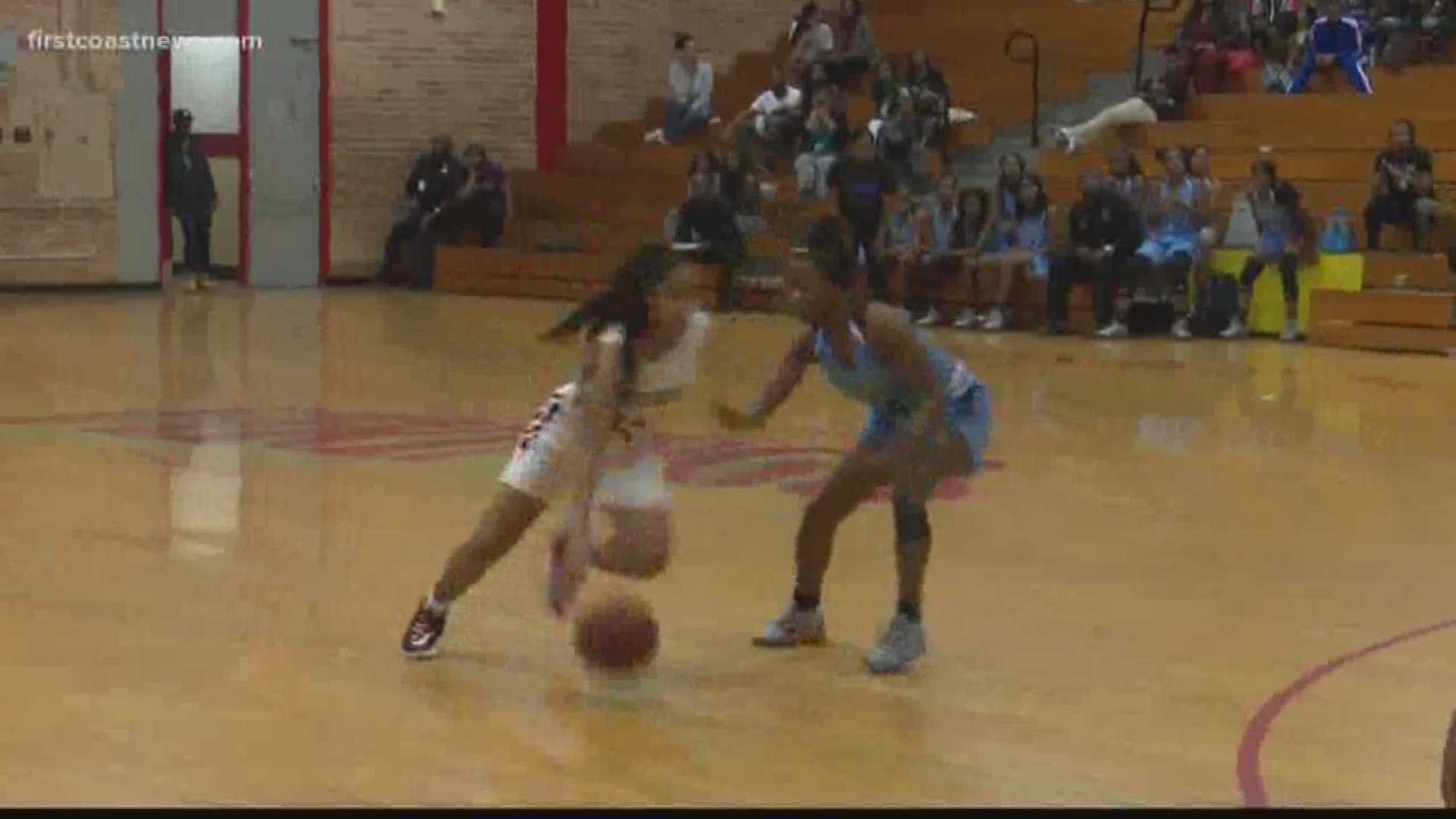 That's the first thing you think of when you watch Raines' Nyla Allen on the hardwood.

"Nyla is incredible. Nyla has the ability to take over a basketball game whenever she wants," her head coach Julius Paden said. "It's just when she decides."

Allen averaged 14 points per game in 2019-2020 for the top-scoring offense on the First Coast. The Vikings went 28-2, dominating teams up and down the East Coast -- literally. The team won tournaments in Washington D.C. and throughout Florida.

Following a Final Four run in 2018-2019, Allen knew the pressure was on her team and that her role would change along with it.

"This year, I'm a senior so I gotta lead my team to victory every day, every game," she said.

That means victory both on and off the court. Her coaches say Allen is an extension of them.

"[She] gets everybody in the right place, keeping everybody up beat, understanding what we have in front of us," Paden said.

The road ended for Allen's Vikings in a Regional Final (Elite Eight) loss to Bishop Kenny, but not before Allen and her senior class left a legacy that will be hard to rival. The Vikings went 75-12 over the past three years.

And don't forget: they were winning off-the-court, too.

"Class first and then the court later," Allen smiled.