At Middleburg, Broncos #HorsePower through up's and down's of historic, 2021 season

The Middleburg football team is 3-0 for the first time since 2010. But after an accident Friday night, they need your help. 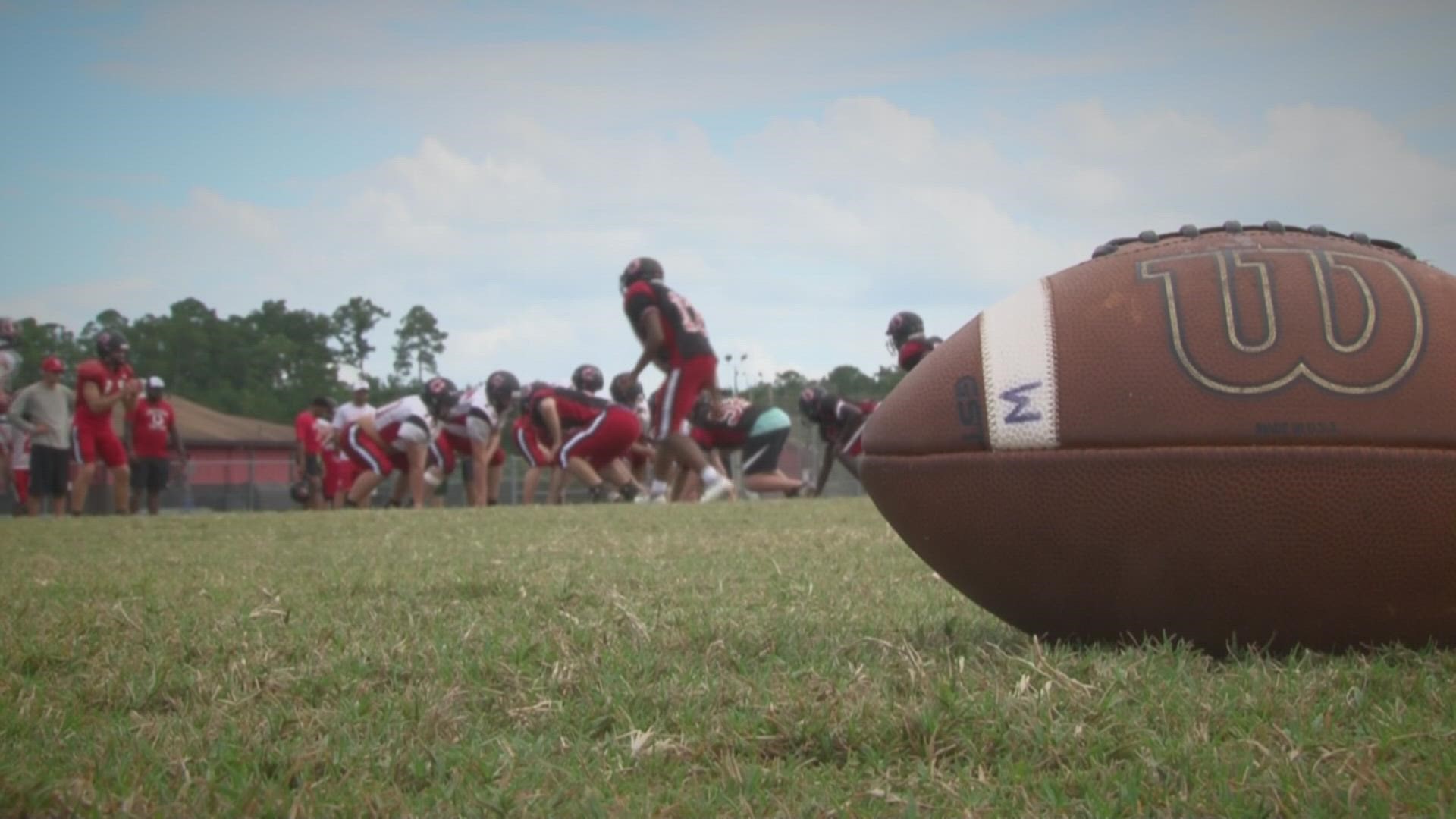 It’s never been a question of whether they love football or not in Middleburg, Florida.

“Every year we’ve coached against Middleburg, every year – even if they’re having a bad season – the stands are full of people that show up every Friday night,” first-year head coach Ryan Wolfe smiled. “Ringing those cowbells and getting loud and supporting the place.”

Win or lose: the Broncos faithful have continued to show up.

But boy, has it been a lot more of the latter than the former. Last year’s team finished 1-10. It’s been 11 years since Middleburg High School started a football season 3-0. Even then, that 2010 team did not finish with a winning record. The last Broncos squad to do that came 19 years ago.

Not one of the current Broncos had been born yet.

“And all that is changing this year,” senior defensive lineman Donnie Wimberly explained at a recent practice. “We’re making that change.”

Step one has been checked off the list. With wins over Stanton, Eastside and Santa Fe, the Broncos are 3-0. And they’re still not satisfied.

“We know we have a shot to change that [postseason drought]. And so we’re motivated to go out and work,” senior center Tanner Peery said.

“Any team coming to play us: don’t expect it to be the old Middleburg. Because we’re not,” senior quarterback Luke Padgett added. “We’re a new team and we’re ready to go.”

The culture change was coming. Head coach-turned-athletic director Jay Stilianou had challenged the current seniors to do just that as underclassmen. But a change on the coaching staff this year provided the players the tools to execute the change.

“We had a bunch of kids skipping practice, missing workouts, coming up with excuses -- and that doesn’t fly here anymore,” Padgett explained.

That’s because, for the last 19 years, Wolfe, a longtime area assistant coach, has been creating no-nonsense, championship programs across Clay County. His previous stops include Fleming Island, Clay, and Orange Park. Middleburg is his first head coaching opportunity.

Every player interviewed by First Coast News was asked what Wolfe and his staff have brought to Middleburg. Every player said the same word: accountability.

“We set our own expectations, and we control our own future. [But] this coaching staff has guided us through that culture change,” Peery said.

Practices and off-season workouts were no longer optional. The Broncos did not allow each other to make excuses.

“Being in the county for 19 years, Middleburg has always been a spot where I felt that with the right culture and the right coaches and everything that’s so great at this place, if we just got the right chemistry here, it’s a place that I felt like could win,” Wolfe explained.

And they have. No win showcased that evolution more than the September 10 road victory over Santa Fe.

“We found a way to win an ugly ball game. We probably didn’t deserve to win the game, but we found a way,” Wolfe laughed.

Middleburg prevailed in overtime 32-30 for their third win of the season. 3-0. Perfect. Unblemished.

But the ride back from Alachua County was anything but it.

“On the way back, we’re driving and I see flashers,” Wolfe recalled. “And I could see there was a wreck. And then I could see our 6’5’’, 6’6’’ tight end coach walking across the street. And then immediately I knew: it was our trailer that had gotten hit.”

Wolfe was in the front of the bus with his players. Several assistant coaches had been in the truck ahead, towing along the Broncos’ equipment trailer.

“I got a text from my mom that said the trailer had been totaled,” Padgett said. “And the bus went silent. Immediately, everyone was trying to figure out if the coaches were alright.”

“It had been such a perfect night and everything was going good, and to have that happen, it kind of brought us down a little bit,” Peery reflected. “Because we knew all our stuff was in there. That hurt us a little.”

The Broncos were down.

But no community wants to win more than Middleburg.

Within hours, an online fundraiser was started to replace the broken equipment. Wolfe began receiving calls from local business looking to help and sponsor a new trailer.

“That goes along with what I was saying earlier. Middleburg is so tight. It’s a very tight knit group of people. And it shows,” Padgett said. “When bad things happen, people come by and help each other out.”

Win or lose: the Broncos faithful shows up.

It’s part of what lured Wolfe to Middleburg in the first place.

“With all these schools that are popping up all over the place, Middleburg is still one of those last dinosaurs of a community school. This is a resilient community. We’ll find a way.”

They have found a way on the field this fall, week-in and week-out. They’ll do it off the field, too.

To donate to the Middleburg High School football equipment fundraiser, please visit the following link, created by the school.