The Terry Parker senior, regarded as the fastest high school sprinter in the country, achieves his dream of winning an elusive, Florida High School State title 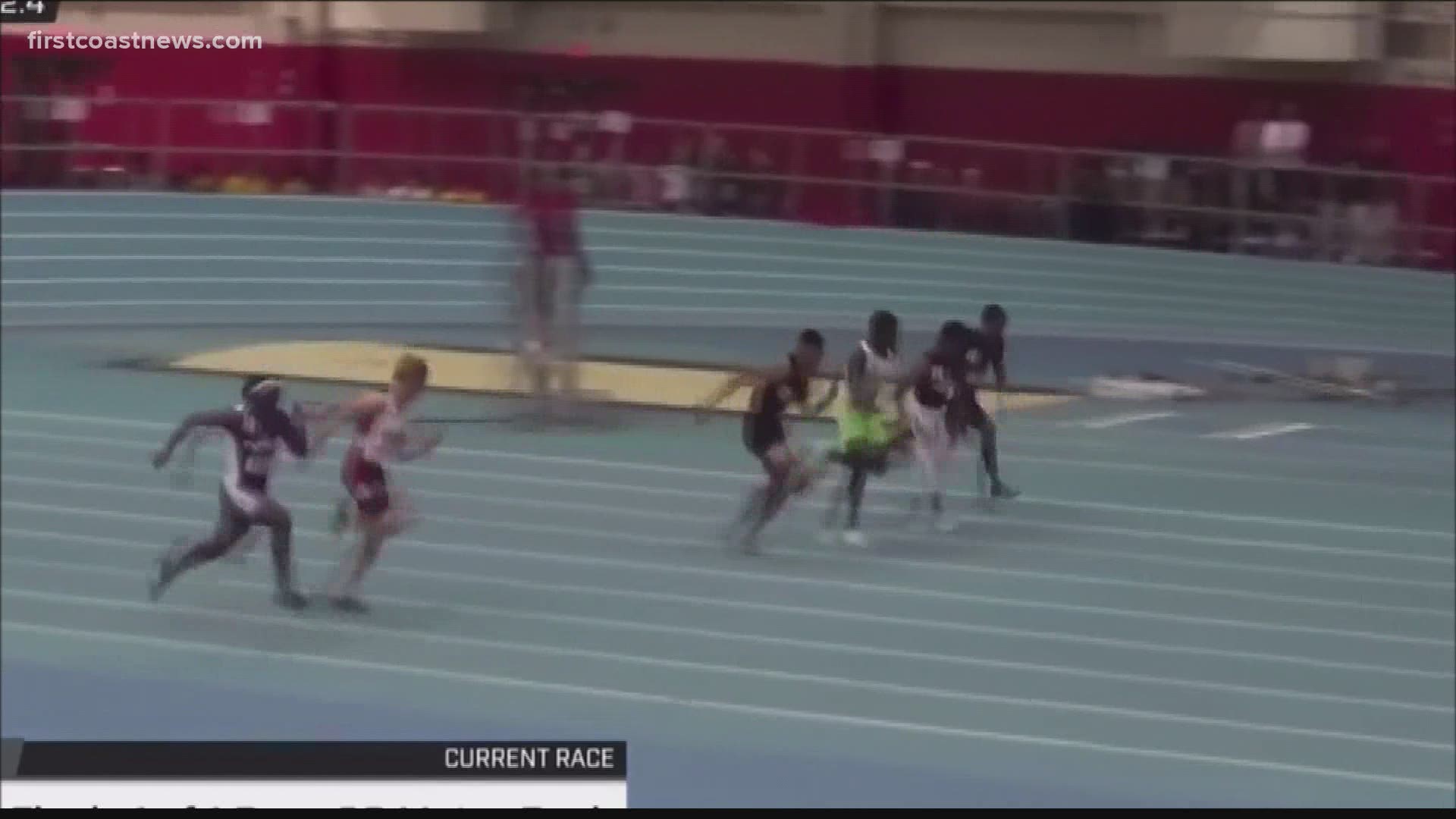 Terry Parker senior Aaron Bell kept his promise to himself that he would go out his senior year with a bang.  Bell won the 100m and 200m dash at the FHSAA State Championship Track Meet here in Jacksonville. Bell admits that entering the track season as the nation’s fastest high school sprinter came with a lot of pressure.

“There were times that I almost allowed it to get to me.  But once I realized 'ok, I have already got the title. There is no need to do extra stuff,' I just let it go and continued to do what I already knew how to do best: run and be competitive and execute my races," Bell said.

Bell made winning look easy meet after meet, saving one of his best performances for last and winning big in front of his family and friends.

“It's a privilege honestly because I kept the State Championship in Jacksonville and knowing that I'm the first state champion from Terry Parker in the last 30 years. So, to also have that wrapped around my belt is amazing."

Bell had his fair share of doubters but the numbers do not lie. He holds four school records at Terry Parker in the 100m, 200m, 400m and 4X4. He is number two in the country in the 100m and 200m.  He is second all time in the city in both the 100m and 200m.  He's the first state champion from Duval County in the 100m and 200m since Stanton’s Kendall Williams did it in 2014. And there has been one constant: his track coach Darryl White.  The man Bell says is like a father to him. A coach who, over the years, has taught Bell lessons that go beyond the track.

“How to handle things as a grown man. To make sure you have your priorities first because at the end of the day I might not be an athlete all my life, but I will be a man all my life," Bell said.

As Bell prepares to graduate May 4th, he is already thinking about the next chapter of his life at the University of Houston, where he will be coached by one of the greatest Olympic sprinters of all time Carl Lewis.