The rising junior has been on Division I schools' radar for years. Per NCAA rules, she finally can begin talking to coaches. She's already spoken with more than 15. 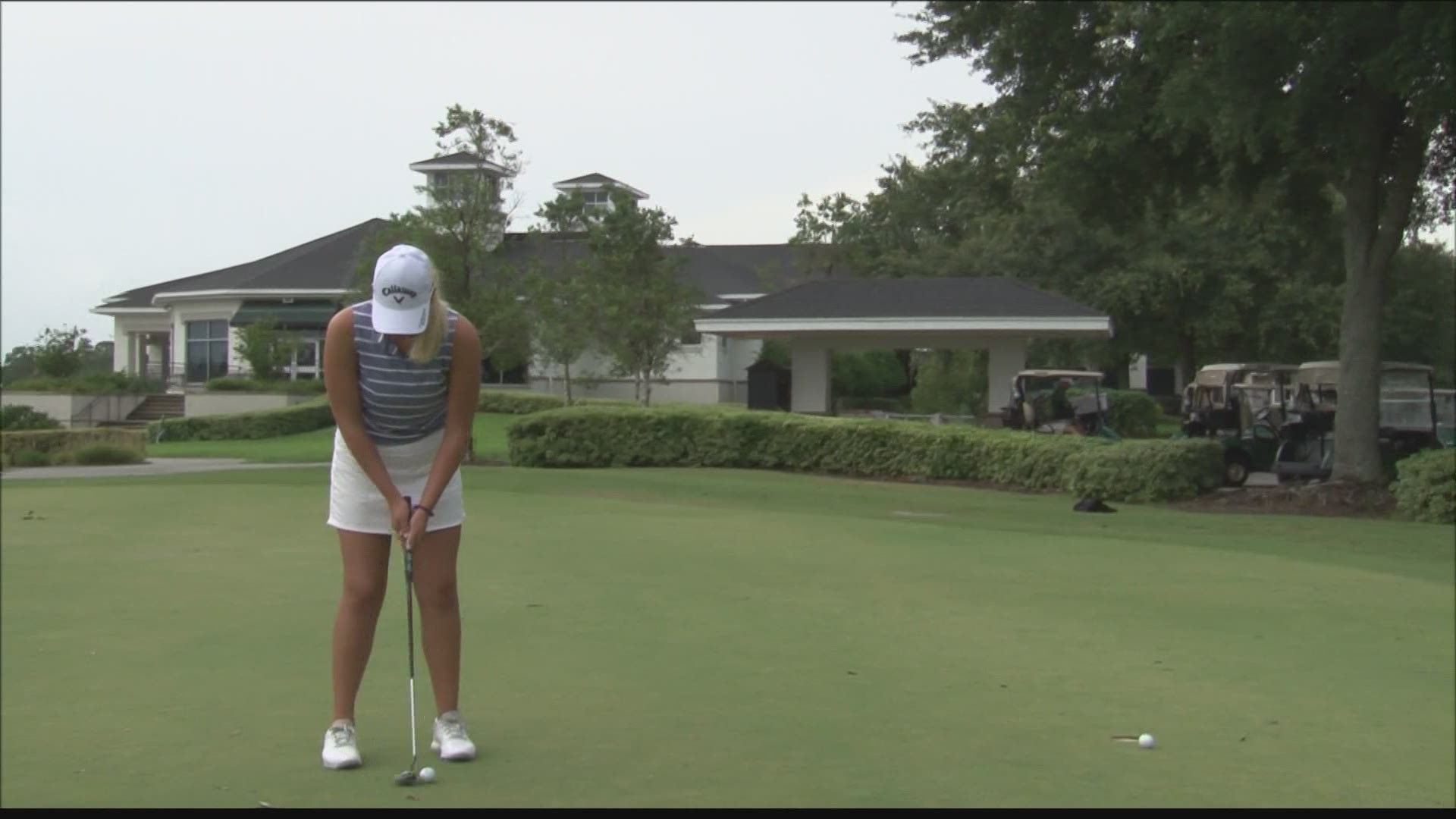 When it comes to junior golf on the First Coast, one name has dominated the headlines over the past three years: Jacksonville's Kaitlyn Schroeder.

The daughter of UNF head coach Scott Schroeder, Kaitlyn is the No. 2 ranked golfer in the country in the Class of 2023 (per AJGA). She's been on college coaches' radar for years. Having played in Junior-Amateur tournaments with Kaitlyn, this reporter can attest to it: coaches have been following her at her tournaments from afar since she was 14-years old.

However, because of NCAA regulations, Kaitlyn was not able to speak with those coaches. Until now.

Entering her junior year of high school, Kaitlyn officially could speak with coaches on June 15. Within a week, she had spoken with more than 15 schools -- all while playing the summer golf circuit from New York to Tampa and back north to Washington D.C.

Kaitlyn sat down with First Coast News recently to discuss her recruitment and how she's balancing golf, school, and the consistent phone calls and texts.