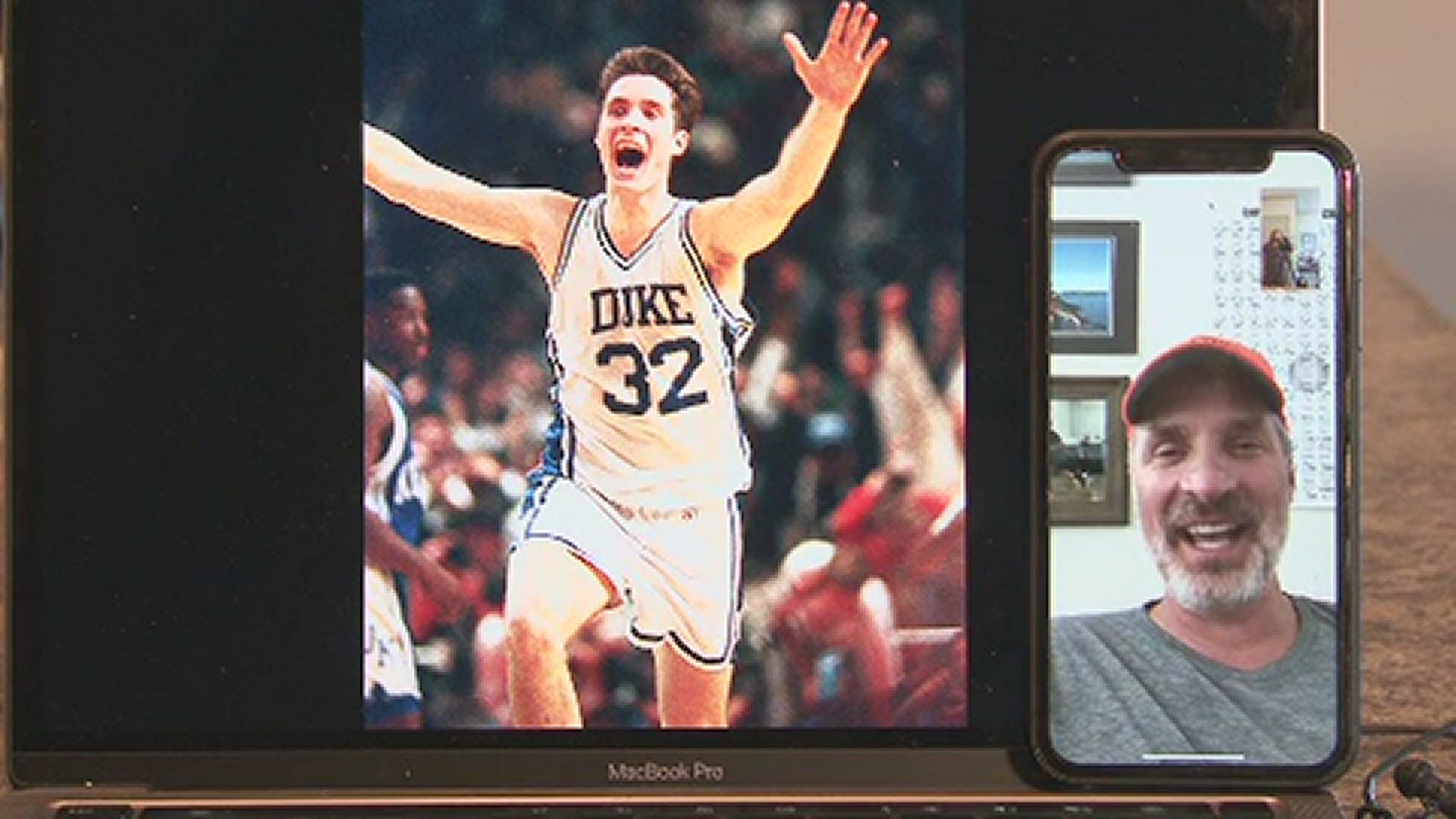 "You know, I'm getting old so I had to go to bed early," the 51-year old Laettner laughed Sunday afternoon. "But my phone beeped and everyone woke me up."

Suggs' half-court shot woke up a nation, starved for basketball after the 2020 NCAA Tournament was cancelled due to the coronavirus pandemic. This year's tournament is being played in a bubble environment in Indianapolis, and it's the second straight year Laettner has missed the Final Four. Laettner, largely considered one of the greatest collegiate players in history, starred at Duke from 1988 to 1992. His turnaround jumper against Kentucky in the 1992 Elite Eight with 2.1 seconds left on the clock is considered by many to be the greatest shot in NCAA Tournament history.

But has Suggs surpassed Laettner?

"I do think Kris Jenkins shot for Villanova [in the 2016 National Championship] surpasses my shot because that was for all the beans, all the marbles right there," Laettner said. "Suggs shot last night was in the semifinal game so I would say his shot and my shot might be a little bit equal. But his shot was still one game further in the tournament.

"The thing that I love is I don't even have to go on Twitter and say anything. Because people are doing it for me."

The third-overall selection in the 1992 NBA Draft, Laettner began his career with the Minnesota Timberwolves. Coincidentally, Suggs is from the Minneapolis-St. Paul area.

"Even though I never [coached him], I don't have any relation to him, I'm proud that he's from Minnesota," Laettner commented, also noting that Paige Bueckers, the National Freshman and Player of the Year in women's college basketball is also from the Minneapolis-area.

And if you're wondering: Laettner's pulling for Suggs' Gonzaga squad to make it a perfect 32-0 Monday night and claim their first, national title.

"I love the way Mark Few runs his team and his program. They play real basketball. They move. They cut. There's good offensive action," he said.

"I hope Suggs plays well. I'm gonna keep pulling for the Minnesota kid, and I think Gonzaga's going to win."