Jaguars quarterback Gardner Minshew II was a bargain as a sixth-round draft this season, outplaying the nine players at his position who were taken ahead of him. 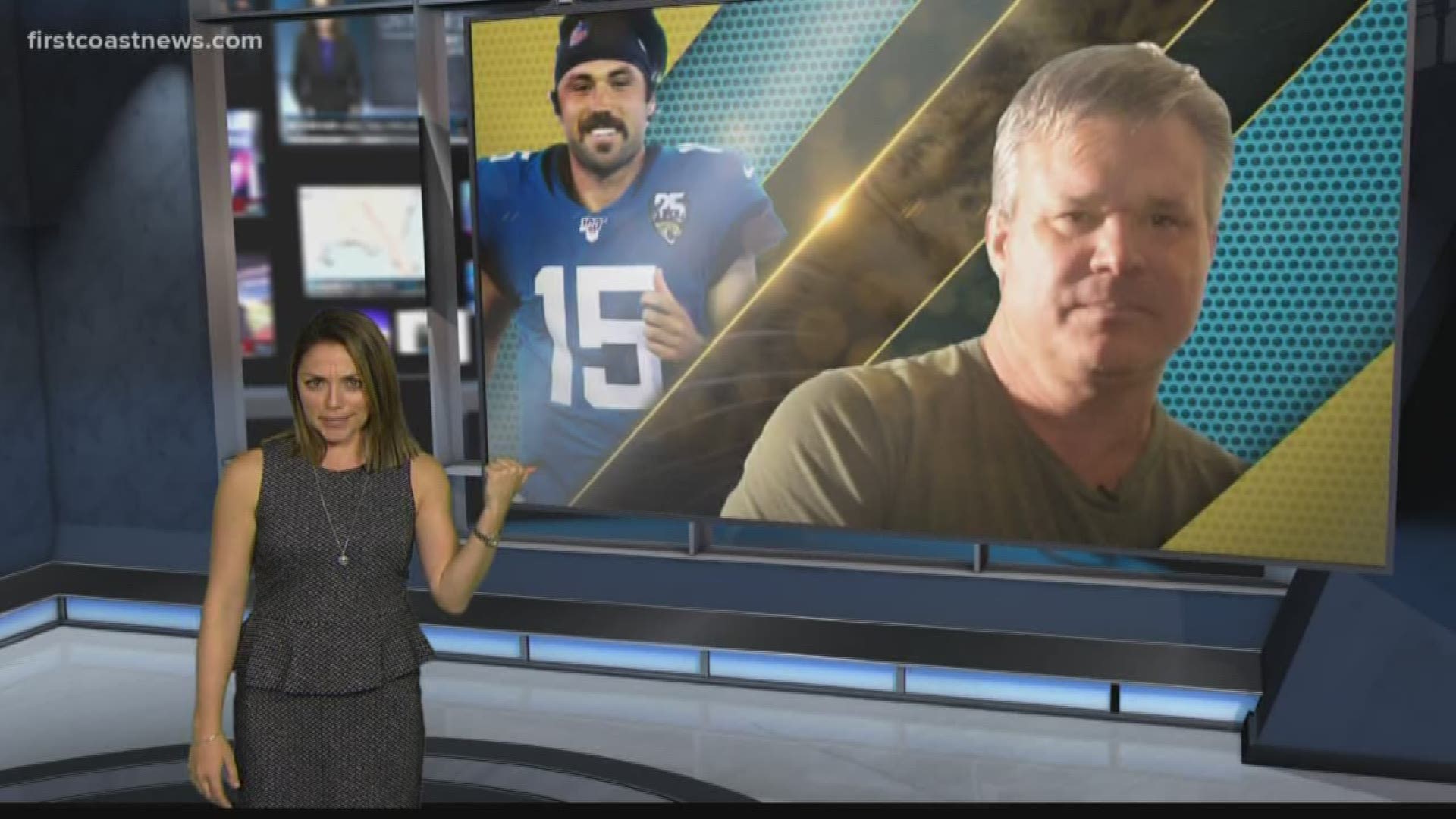 Minshew, who was drafted in the sixth round by the Jaguars, was asked how he felt about putting up “similar” numbers to the three quarterbacks who were drafted in the first round -- first overall selection Kyler Murray with the Arizona Cardinals, Daniel Jones with the New York Giants and Dwayne Haskins with the Washington Redskins.

In terms of overall statistics, Minshew is right. He had the highest passer rating (.912) of any seven rookie quarterbacks who got starts this season, threw for more touchdowns (21) than any except for Jones (24), threw for more yards (3,271) than any except for Murray (3,722) and had the fewest interceptions (six) of any rookie quarterback who started five or more games.

RELATED: Jaguars beat the Colts 38-20 in the season finale

But the stat that Minshew said he took the most pride in was what quarterbacks ultimately are judged on -- wins and losses. And the Jaguars’ 6-6 record when he started, ending with Sunday’s 38-20 victory over Indianapolis, was better than the three first-round selections and better than any quarterback drafted except Denver’s Drew Lock (4-1).

“I think the biggest thing for me is that I helped my team win, and I did that better than any [first-round] rookie quarterback, so that gets me fired up,” he said.

Minshew said what other quarterbacks do for their teams is “irrelevant” to his job with the Jaguars.

“I know what I am,” he said. “I know I’m going to be a great quarterback in this league. I know we’re going to build something great [next] year.”

But after having to go to a junior college, then East Carolina after the SEC schools in his home state, Ole Miss and Mississippi State, passed on him, Minshew admits that there’s still a chip on his shoulder that got larger when nine quarterbacks were drafted before him, despite leading the Pac-12 in every key passing category with Washington State last season.

RELATED: Report: Doug Marrone to meet with Shad Khan Tuesday about his future with the Jaguars

“You can’t help but compare yourself to those guys, especially when they get taken before you,” he said. “I remember guys being offered to schools, and I didn’t get those opportunities so you kind of take that with a grain of salt.”

Minshew said he will take a break, then go to Naples to work with Ken Mastrole, who runs a quarterback academy that Minshew trained at last year before the NFL combine.

“It is really getting back to the basics, being really solid on my fundamentals,” Minshew said. “And then we will take the film, go through it and see what I need to work on, try to work on any weaknesses I find in my game.”

Minshew completed his rookie season by completing 27 of 39 passes for 295 yards and three touchdowns against the Colts. His 3-yard TD pass to Ryquell Armstead on the first possession of the third quarter erased a 20-16 Colts lead, and the Jags scored 22 unanswered points to end the game.

Still, Minshew left the facility on Monday without hearing that he would be the starter going into the preseason. That could be because owner Shad Khan hasn’t made it official whether he’s going to replace general manager Dave Caldwell and coach Doug Marrone or retain them.

Marrone only said after the game that he anticipates even more improvement from Minshew next season.

“I think he’s going to be someone that gets better and better,” Marrone said. “I’ve always said one thing about Gardner is he’s a guy that keeps on learning as he goes and gets better and doesn’t make a mistake twice, at least consciously.”

Minshew said all can do is go back to work.