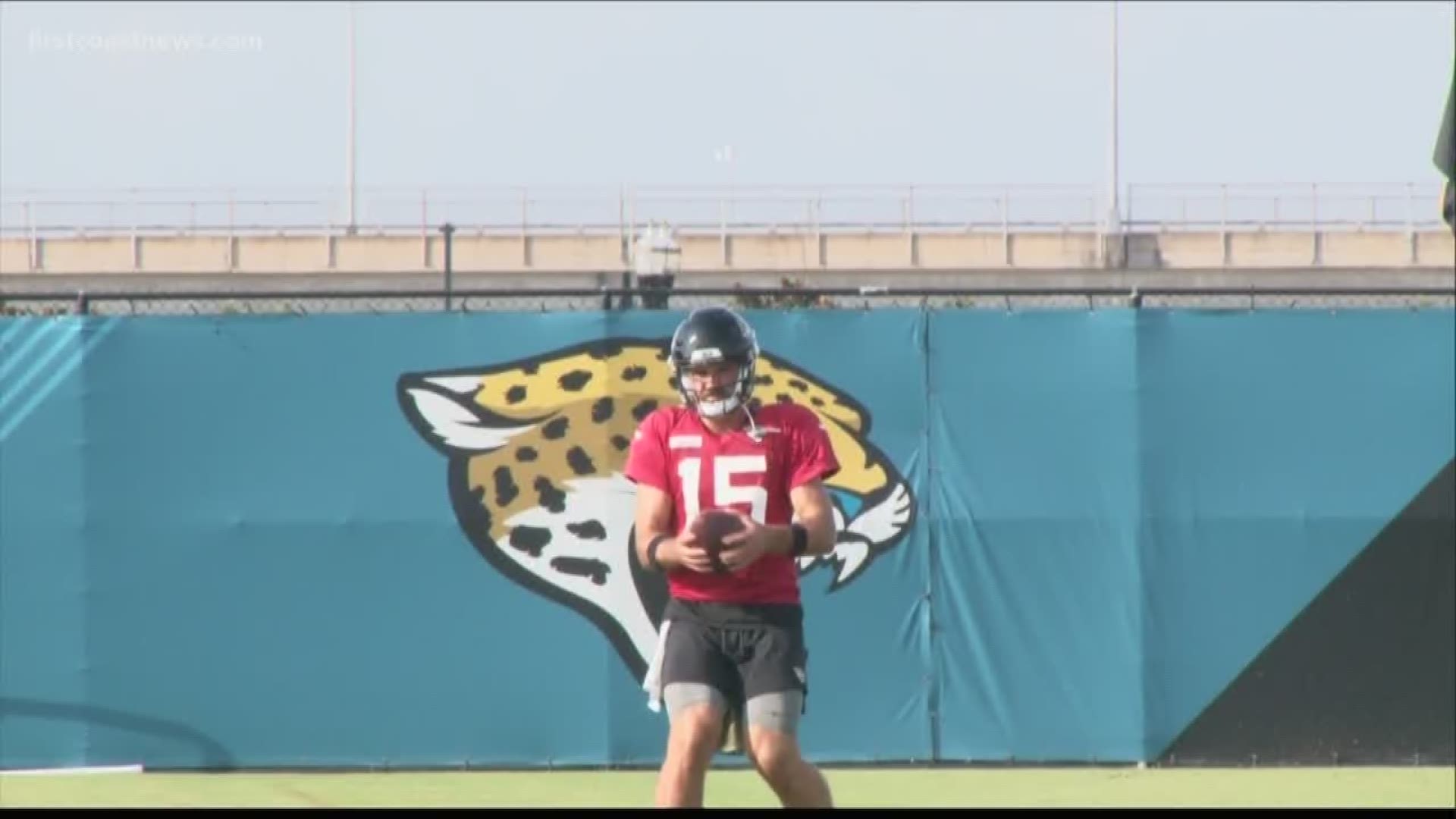 Gardner Minshew's NFL preseason debut left much to be desired: the sixth round draftee finished 7 of 14 for 46 yards with no touchdowns -- and one now iconic sack. The Jaguars were shut-out by the Ravens 29-0.

But that hasn't deterred Minshew's desire to grow.

"Learned a lot this past week. facing another defense was great," the Washington State grad said at practice Tuesday. "And then coming back here and taking things from the game and putting them into practice is really good."

That's the attitude that's defined Minshew since he arrived in Duval County, and it's what made him an instant target for the Jaguars' front office and coaching staff.

"You can tell him what you want in the classroom and he can go out and pretty much do exactly what you want," head coach Doug Marrone remarked. "Which I think is a benefit. Now it's just a matter of, hey can he do it [in a game]?"

He'll get another chance to prove himself Thursday. Marrone hinted he will most likely be resting the majority of his starters once again, including starting quarterback Nick Foles. Minshew would be the presumed starter. The Mississippi-native has several family members taking the trip and is excited for his debut at TIAA Bank Field.

It's a lot of noise for a rookie, but Marrone doesn't seemed worried to throw his rookie quarterback back out on the field.

"It's just being mentally tough and not caving into the stuff on the outside. The noise," Marrone said. "I don't see that with him.

"He is one tough sucker now."