Upon leaving the hospital Thursday afternoon, Norton stopped to talk to WPLG reporters. 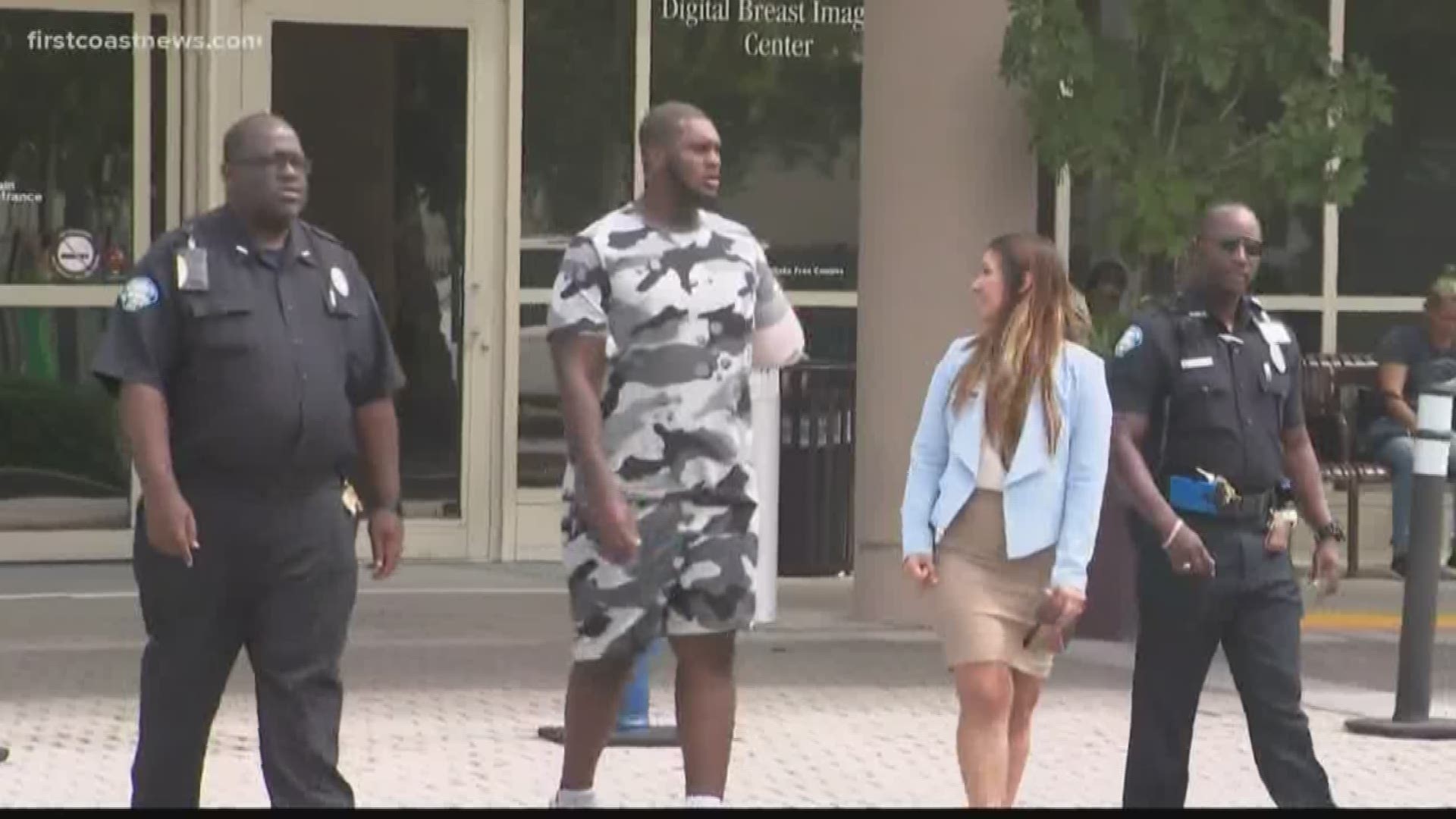 Former Trinity Christian star and Miami Dolphins player who had his arm amputated following a crash has been released from the hospital.

Kendrick Norton, 22, was driving his Ford F250 when he crashed into a concrete barrier and overturned on State Road 836 near Miami last week. Miami-Dade Fire Rescue crews rendered aid to Norton, who was taken to Jackson Memorial Hospital's Ryder Trauma Center.

Upon leaving the hospital Thursday afternoon, Norton stopped to talk to WPLG reporters.

"I just want to give a big thank you, first of all, to God for me still being here," he told WPLG. "Second of all to Jackson Medical Center. They did a great job. They took great care of me while I was in here. Next, I would like to thank the Miami Dolphins family. They've been crazy with how much help they've been willing to give and, you know, they really didn't have to."

Norton had spent the 2018 season on the practice squad of the Carolina Panthers, who had drafted him in the seventh round. He was later added to the roster of the Dolphins, who signed him on Dec. 19, 2018. He was still awaiting his NFL debut.

Norton played three seasons with the Hurricanes, finishing his college career with 84 tackles and five sacks. He was a third-team All-ACC selection.

Before college, Norton played football for the Trinity Christian Conquerors.