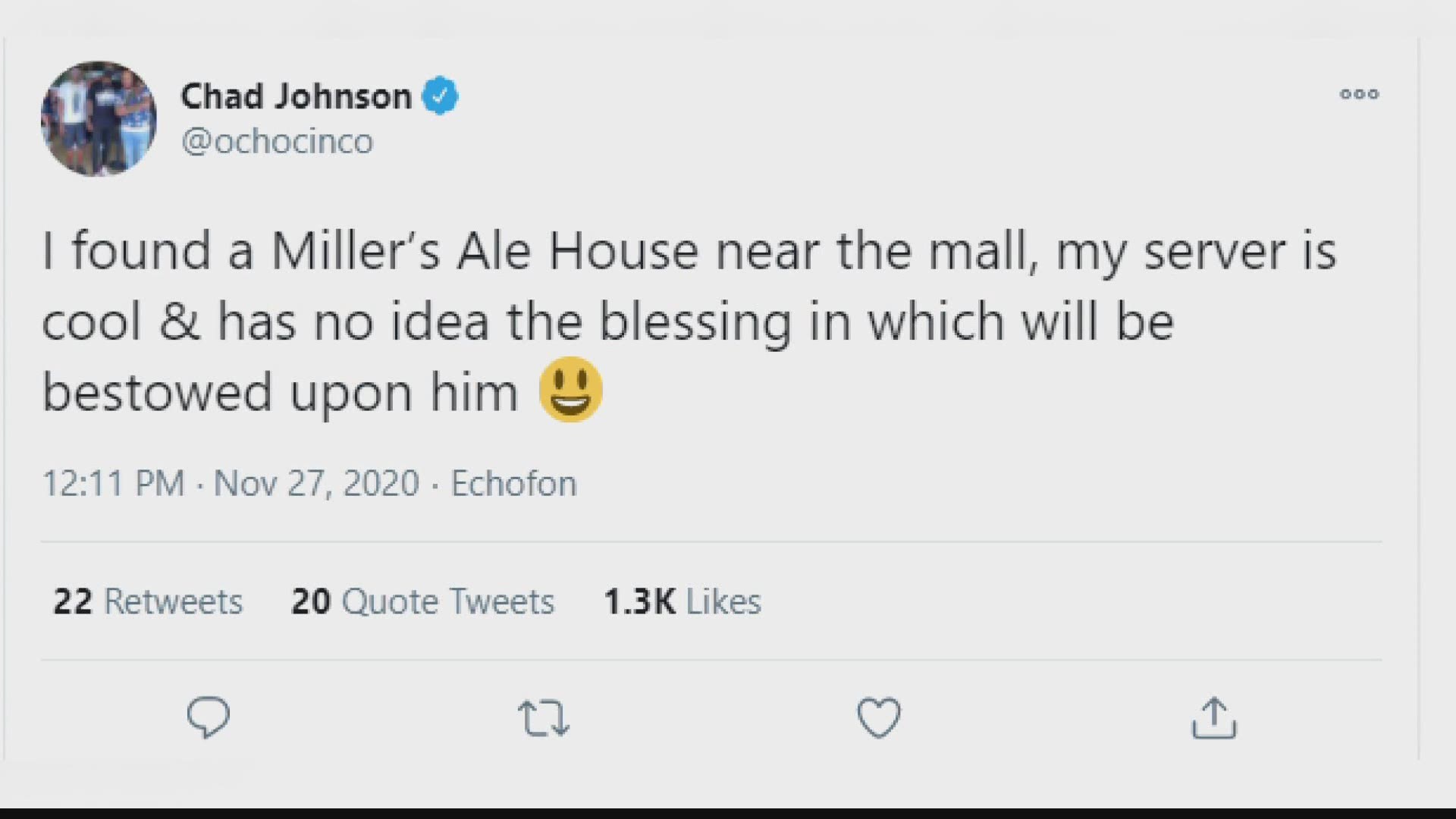 JACKSONVILLE, Fla. — Thanksgiving is over but former NFL star Chad Johnson is still showing gratitude in a special way.

Johnson left a $963 tip for his waiter after dining at a Miller's Ale House restaurant in Jacksonville Friday.

The former wide-receiver was visiting the River City to watch the Jaguars take on the Cleveland Browns over the weekend.

Ahead of Sunday's game, Johnson said he found time to stop by a local sports bar.

“I found a Miller’s Ale House near the mall, my server is cool & has no idea the blessing in which will be bestowed upon him,” Johnson said in a tweet that included a photo of the $963 tip on his $41 bill.

Johnson is working Sunday’s game with NFL Films and Epix.

In his series of tweets, he asked about watching the game from the pool inside the stadium and providing commentary from there. He even added that he has a hazmat suit and wonders if he could watch the Jaguars practice.

Working the Browns-Jags game Sunday with @NFLFilms & @EPIXHD, your thoughts on me watching from the pool in the stadium & doing all commentary from there, thoughts❓

I wonder if the Jaguars would allow me to come watch practice since i have a Hazmat Suit with me, thoughts❓