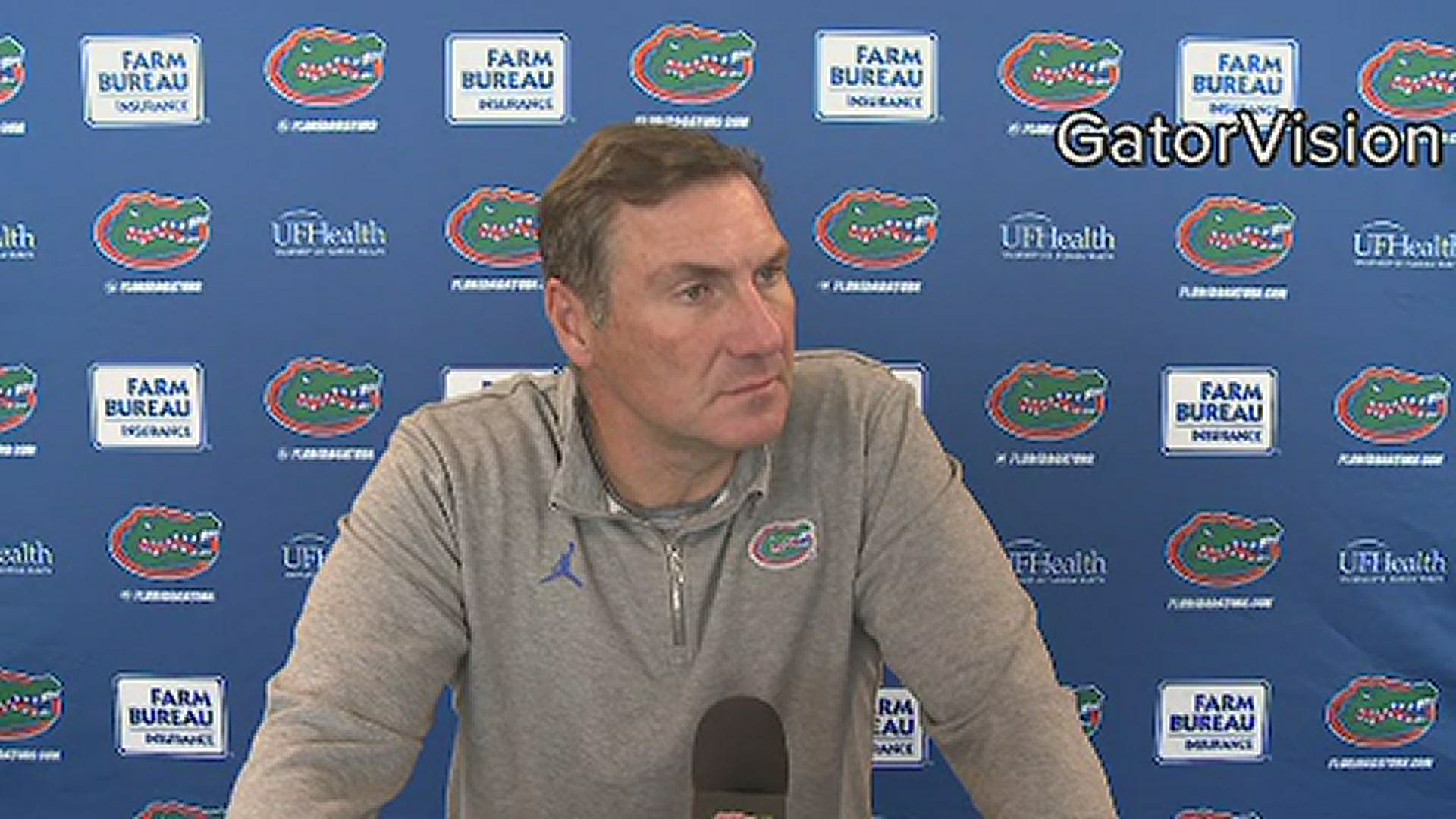 GAINESVILLE, Fla. — Less than four days after requesting Gator fans "pack The Swamp" with 90,000 fans, the University of Florida head football coach Dan Mullen's words have come back to haunt him. The program is now reporting upwards of five positive, COVID-19 cases this week, with rumors that the number could be much higher.

"Out of an abundance of caution," athletic director Scott Stricklin suspended workouts on Tuesday afternoon. In a statement, Stricklin noted the following:

"Head coach Dan Mullen has been in communication with football players and their parents, and I have had conversations with the Southeastern Conference office, last week's opponent Texas A&M, and this week's opponent LSU."

Already, the SEC has had to postpone its first contest of the season due to a COVID-19 outbreak in the Vanderbilt University program. The Commodores and Missouri has been postponed to Dec. 12.

This is a developing story. First Coast News will update it as more information becomes available.

Florida has 5 new virus cases before LSU game but some are saying there could be more. pic.twitter.com/gxN4pQXIp1