There are a lot of classes and camps for kids to learn gymnastics, but what if you’re an adult and you would like to try out the uneven bars or balance beam? 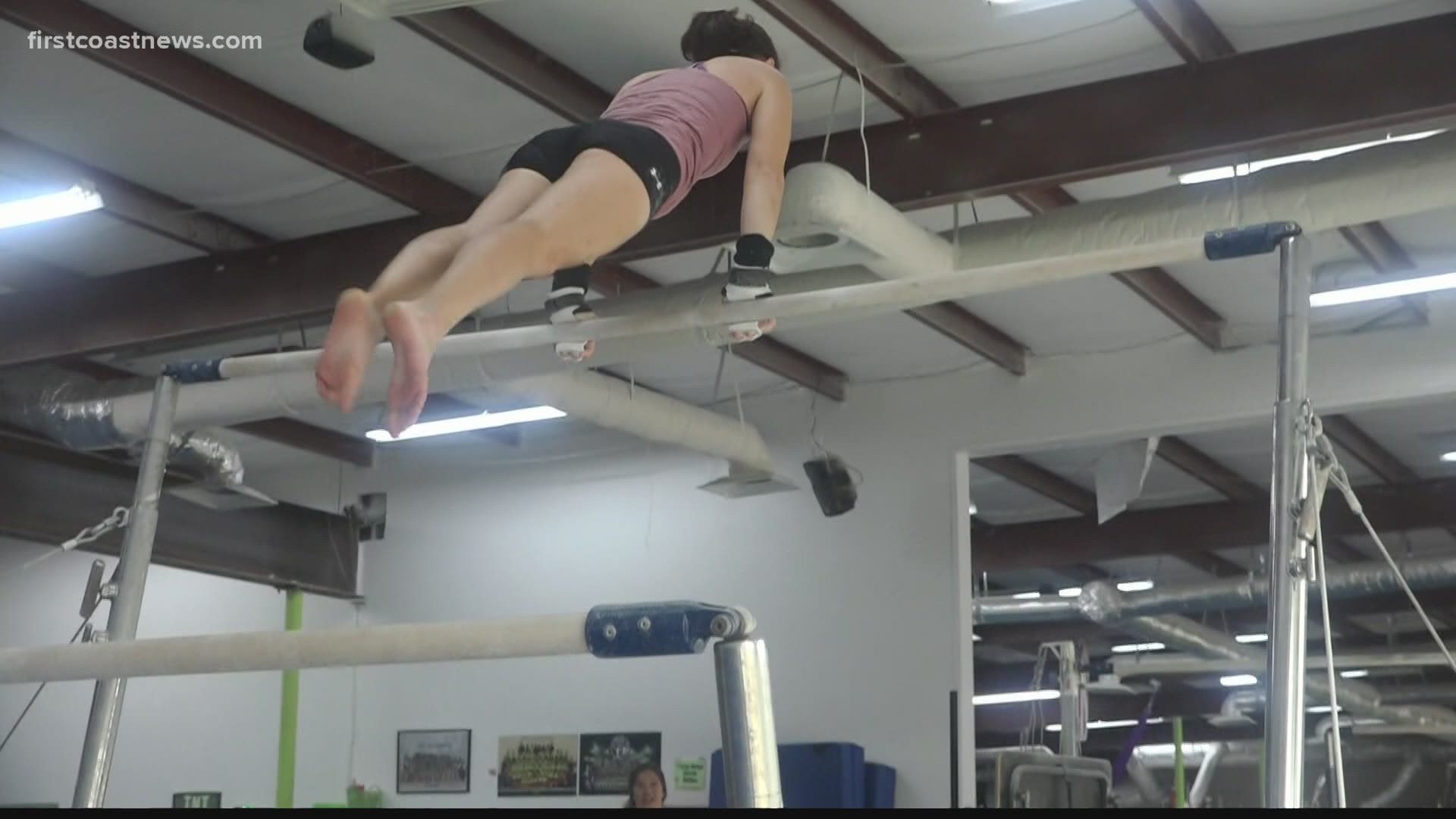 JACKSONVILLE, Fla — One of the most popular events to watch during the summer Olympics is gymnastics.

There are a lot of classes and camps for kids and teenagers to learn gymnastics, but what if you’re an adult and you would like to try out the uneven bars or balance beam? Or what if you just want a new way to tone and condition your muscles?

This is probably the point that most adults think to themselves, "Well, I’m just too old." But that isn’t true.

Fitnastics is a class by TNT Gymnastics & Fitness just for adults.

Beth Bacon joined the Fitnastics classes eight years ago when her daughter was in the gymnastics program there.

"I used to watch her walk around on her hands everywhere and I used to look at her and say, 'I want to do that,'" Bacon said. "So at 50 years old, I decided to learn."

Some in the class are former gymnasts, while others are working on the basics like cartwheels and handstands.

Ellie Weaver, one of the coaches at TNT Gymnastics & Fitness, said the point of the class is to give adults a fun workout and let them work on whatever skill they want.

"Our coaches will structure the class so the rotation of that class will help with (the adults') goals," explained Weaver.

Whether that be back tucks, balance beam or bars -- there’s a variety of things to try.

"So some of the things they see on TV, they may be able to try in the gym," Weaver said.

For some there’s nostalgia being back in a gym, while others enjoy learning the skills for the first time. Bacon said the workout, stretching and conditioning have been great, but she also loves the friendships.

"We help each other, we spot each other ... We fall a lot together, we just have a great time," Bacon said.

So if it is something you’ve wanted to try out, don’t let age stop you.

"If you don’t think you can do it, you need to come and try because you will love it," Bacon said.

Right now Fitnastics’ classes are twice a week, on Wednesdays and Saturdays at TNT Gymnastics & Fitness. Each class is $15.