"There is no pressure when you are the pressure." 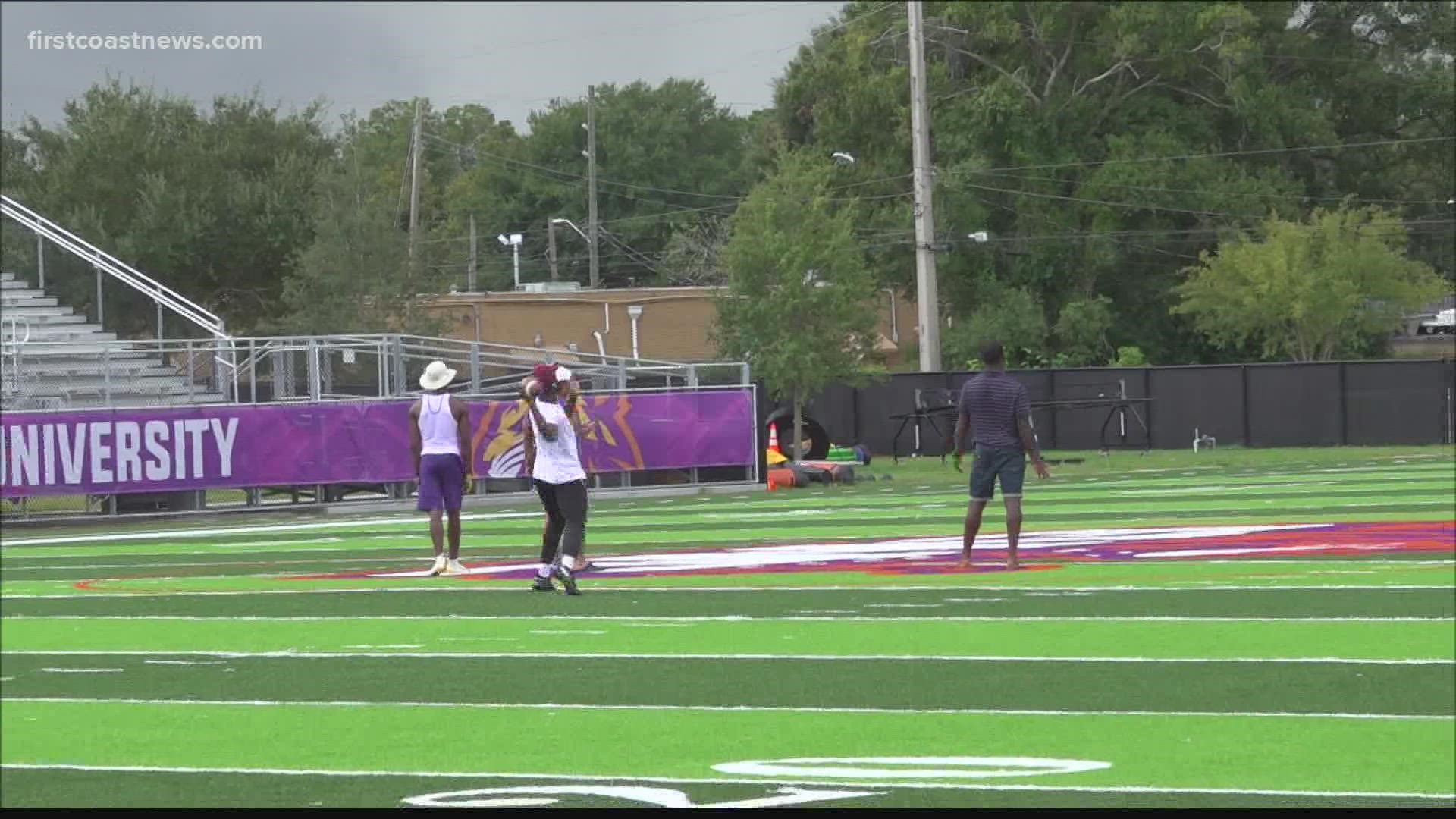 JACKSONVILLE, Fla. — This year is a season of firsts for the players and the coach at Edward Waters University. That includes owning new equipment, a rebranded image of the University and an actual football stadium.

Senior Cameron McClain knows all too well about the team's humble beginnings. To the college linebacker, it is a blessing to play on an actual field that has his school's logo in the center.

"Coming in playing on grass and dirt," McClain said. "When we didn't have the stadium, we had to pack on a school bus on Saturdays over to a high school and play."

The student-athlete mentioned how presentation can chip away the football experience for players, alum and fans. He recalled how there were no stands or press boxes at the now Nathaniel Glover Stadium.

There is one moment in McClain's college football career no one can take away from him or his teammates: Having the first win at their new stadium.

That's why head coach Toriano Morgan tells his players "own your legend."

"Right now, the history that's going to come along with it. They're riding it as we move," Morgan said to First Coast Sports.

For the players, upgrades including: a rebranded image and stadium lights can boost the team's morale.

EWU has owned the new field for at least three months. Now players have something to defend, a home. To Coach Morgan, it should be motivation for the team to push forward and achieve an NCAA Division II championship.

"There's no pressure when you are the pressure," Morgan said

It's something McClain wants for himself and the Tigers.

"We can have a great season in the stadium. So, look forward to winning," McClain said.