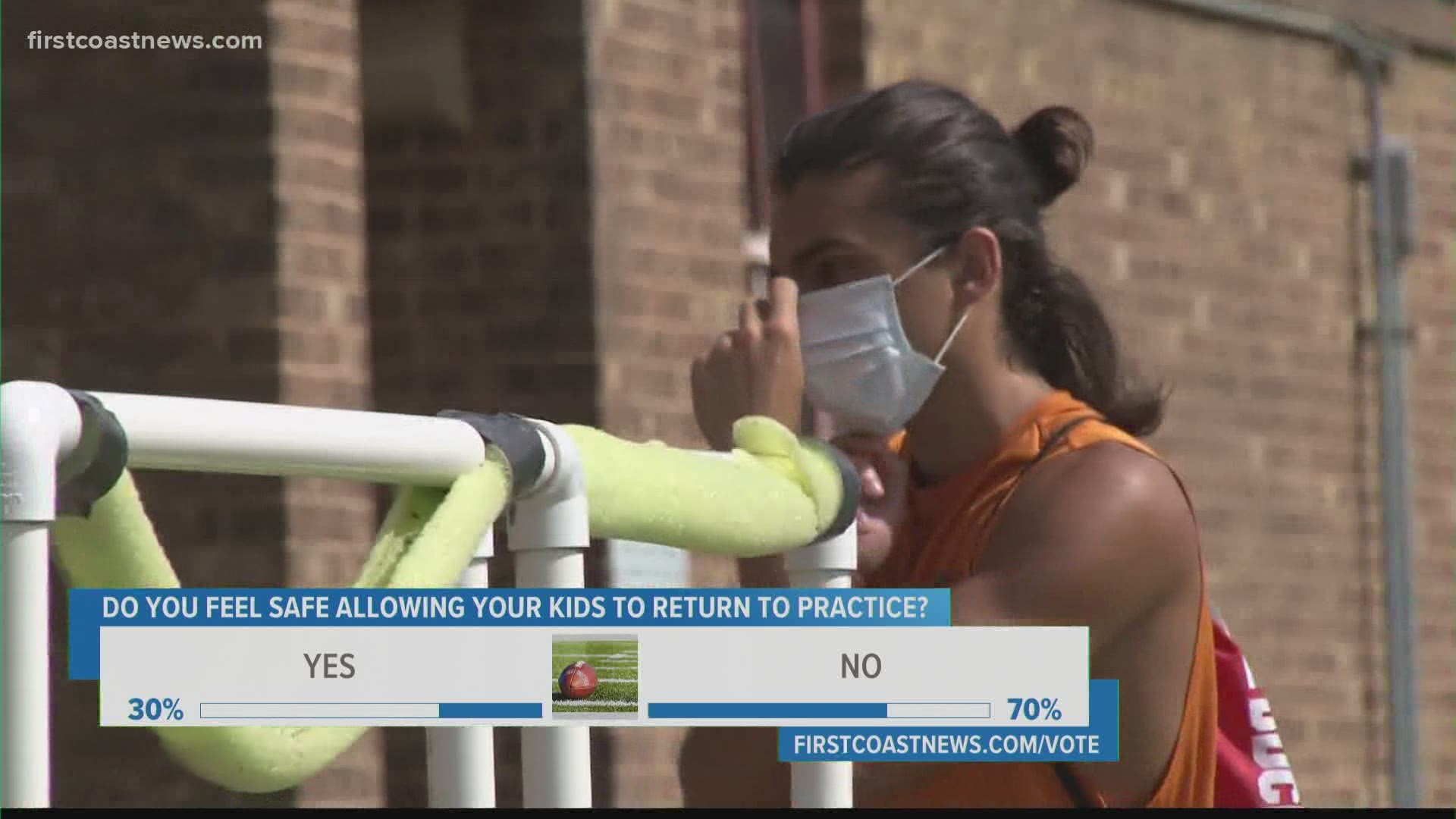 Phase III of Duval County Public School's return to play was expected to begin on Monday but the county's athletic director Tammie Talley told First Coast News they're staying in Phase II -- at least for now.

July 27 is when high school football practice is supposed to officially kick-off, but, in order for that to happen, Duval County would have to move to Phase III of its return to play. Talley says they're planning to remain in Phase II at least until after the task force has its emergency meeting with the FHSAA Board of Directors on Monday, July 20 at 5 p.m.

“'It’s a tough time for these kids. They need us. They need coaches, mentors, that's why I coach and not being able to do that is what's eating at me," University Christian head coach David Penland said

While University Christian is a private school, they're following the same guidelines as Duval County Public Schools. Phase II only includes weightlifting. Phase III would've allowed practice to start. Coach Penland says teams need at least 15 practices to get the players ready for a season, and the schools in South Florida have not even started Phase I.

“That's the only reason why a push back to a later date would be beneficial because they haven't had the time in the weight room that we've had. you can't just throw kids out there to play football," Penland said.