Combat Night MMA card will be hosted in Jacksonville tonight, as previously scheduled

Licensed and regulated by the Florida State Boxing Commission, it is the only confirmed MMA event running in U.S. this week. 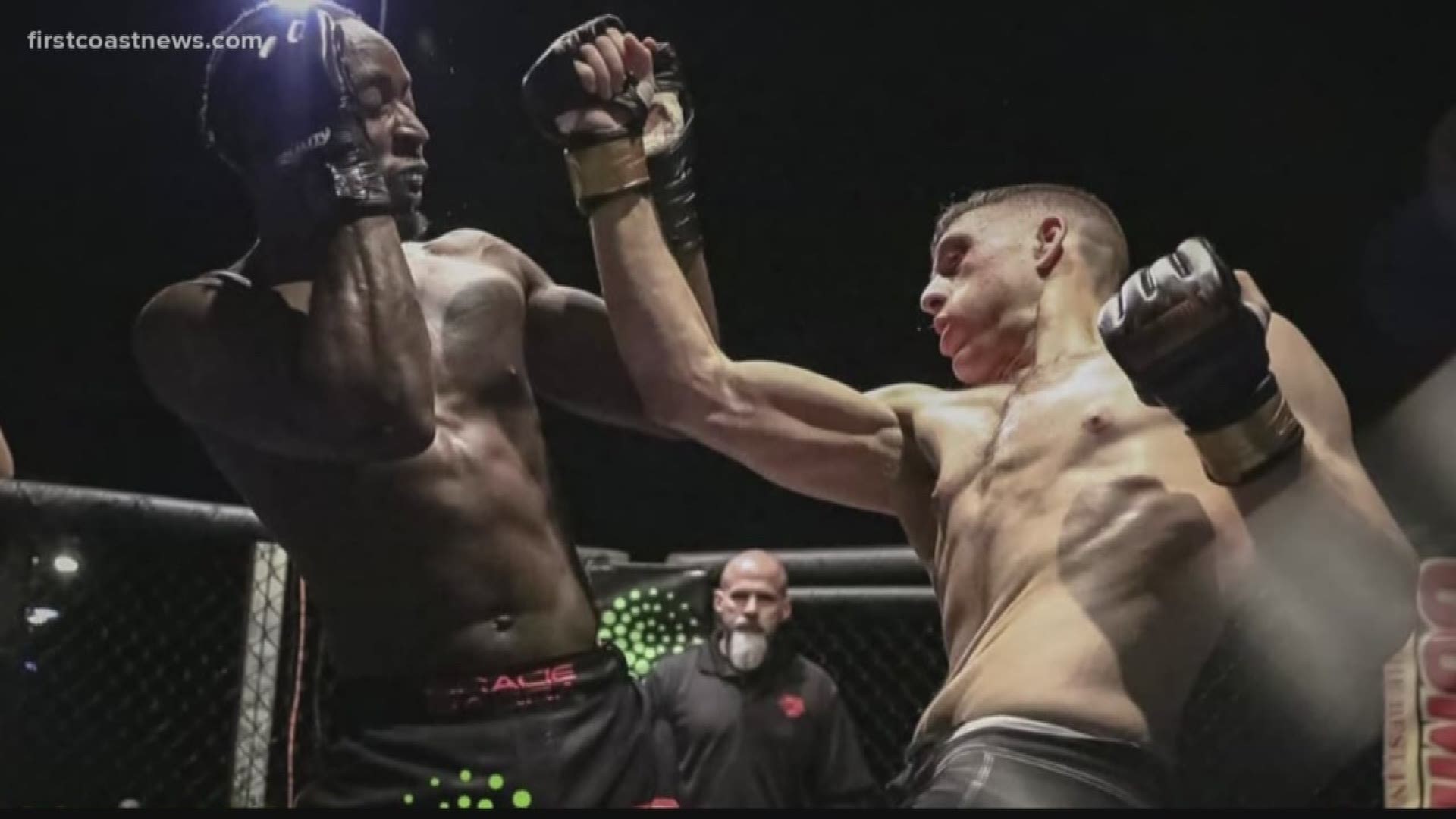 The UFC has postponed its next three events due to the COVID-19 pandemic. After hosting their Wednesday night show in Jacksonville, AEW Wrestling has also postponed its upcoming shows.

In the MMA world, there will be just five confirmed events in the world in the coming days. Only one of the five is in the United States.

It also happens to be in Jacksonville on Saturday night. "Combat Night MMA" is proceeding with its show, albeit operational modifications.

"The [Florida State Boxing Commision] called me about six, seven days ago, and said 'there's a very high likelihood that you won't be able to have any fans in the stands. We're going to have to limit the building to under 50 people [at a time]. We're gonna have to do all these things for this event to happen,'" Combat Night MMA co-founder Mitchell Chamale recalled. "[He said] 'I understand you're a regional show, and that's going to be a financial hit... Your show is kind of in that weird area where you might be able to pull it off, but it might not be able to happen. What do you wanna do?'

"I said, 'well man, we're gonna pull it off.' And he kinda just chuckled and said 'Alright, man. We got your back.'"

After "dotting every 'i" and crossing every 't,'" the event is ready to go. At weigh-in's on Friday, fighters' temperatures were taken and they were asked if they had had any contact with anyone with COVID-19 or had been in a hot-spot for the virus. Temperatures will be taken each time any individual -- fighter or not -- enters the Shrine Auditorium Saturday, first by "forehead" thermometer and then by ear. Given the capacity limit per CDC guidelines, once a fighter and his team have finished their bout, they will immediately leave the Auditorium. Only a handful of teams will be allowed in at a time to warm-up prior to their match.

Chamale and his team have also been closely following CDC compliance, including avoiding having members of the "vulnerable" population in attendance. That's led to the cancellation of several of the "amateur" fights preceding the professional ones on the card.

"We had a guy who was actually 51 years old. It was a bucket list [item]. He was fighting a guy who was 48. They both have been training for a long time," Chamale explained. "That was one of the harder phone calls I had to make. Because he was just over that age [limit, per CDC guidelines]."

Two doctors, an EMT, a paramedic and ambulance will also all be on-site. Combat Night will also be utilizing "Defense Wipes," a popular brand in the MMA community, to constantly sanitize the facility and those in it.

Chamale says he isn't nervous about Saturday's event -- "I'm scared every event. At the end of the day, it's live sports. Anything can happen" -- but he is scared for what's to come for his fighters and this community.

“A lot of the fighters on this card have lost their jobs because they work in restaurants," he explained. "We have coaches that are losing business. They don’t have a gym to open on Monday. So it means a lot letting them get in their one more time, letting them get to perform.

"And I think it means a lot of the MMA community here in Florida, probably the U.S. and the world.”

With absolutely no fans allowed, the "pay-per-view" experience will be the only way fans will be able to watch. Visit www.combatnight.com for the link to purchase and download.

All proceeds will go to the Josh Samman MMA Foundation, created to honor Chamale's late co-founder who passed away in April 2016. The Foundation helps young fighters reach their MMA dreams.