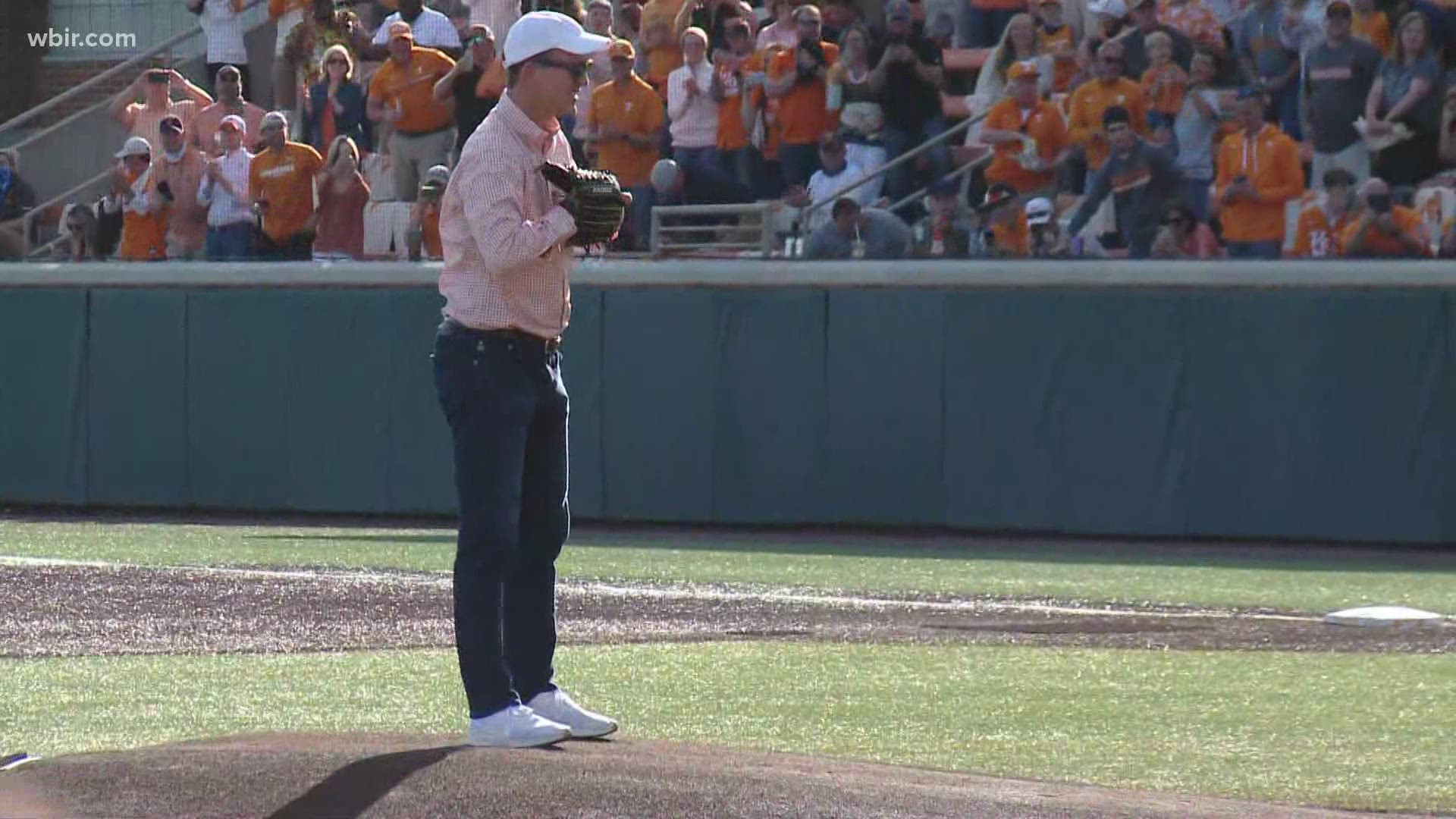 KNOXVILLE, Tenn. — Vol Nation... are you ready? Peyton Manning was in town Friday to throw out the ceremonial first pitch at the University of Tennessee's baseball game against No. 1 Arkansas Friday night.

On Wednesday, Tennessee teased Manning's participation by saying, "Vol Nation won't have to travel to Omaha to see a VFL known for his arm throw out the ceremonial first pitch."

Peyton's arm was definitely in top shape Friday after he threw out a pitch with some real heat behind it in front of a crowd of nearly 4,300.

UT, which is having a sterling season at 37-11, plays Tennessee Tech, Arkansas and Belmont at home this month to wrap up the regular season.

Home attendance has been limited to promote social distancing amid the pandemic.

Tuesday's game against Tennessee Tech will continue seating limits that were already in place, according to UT Athletics.

But the stadium will be open to 100 percent capacity for the Friday-Sunday home stand against top-ranked Arkansas.

Tennessee baseball is ranked fourth nationally. It's having another strong season, following 2020 when team play was interrupted by the virus outbreak.

Friday's opening game against Arkansas is at 6:30 p.m. It's the first home game of the season for which capacity restrictions have been lifted aside from ESPN broadcast guidelines and mandatory SEC event protocols, according to the department.

No mention was made Monday about UT's last home game against Belmont University on May 18.

According to UT, if the Vols earn hosting privileges for an NCAA Regional next month, NCAA seating guidelines will apply. The NCAA says host venues must cap attendance at 50 percent.