Florida is likely out of the playoff hunt but could still mathematically win the SEC East with a massive upset in Jacksonville over Georgia. 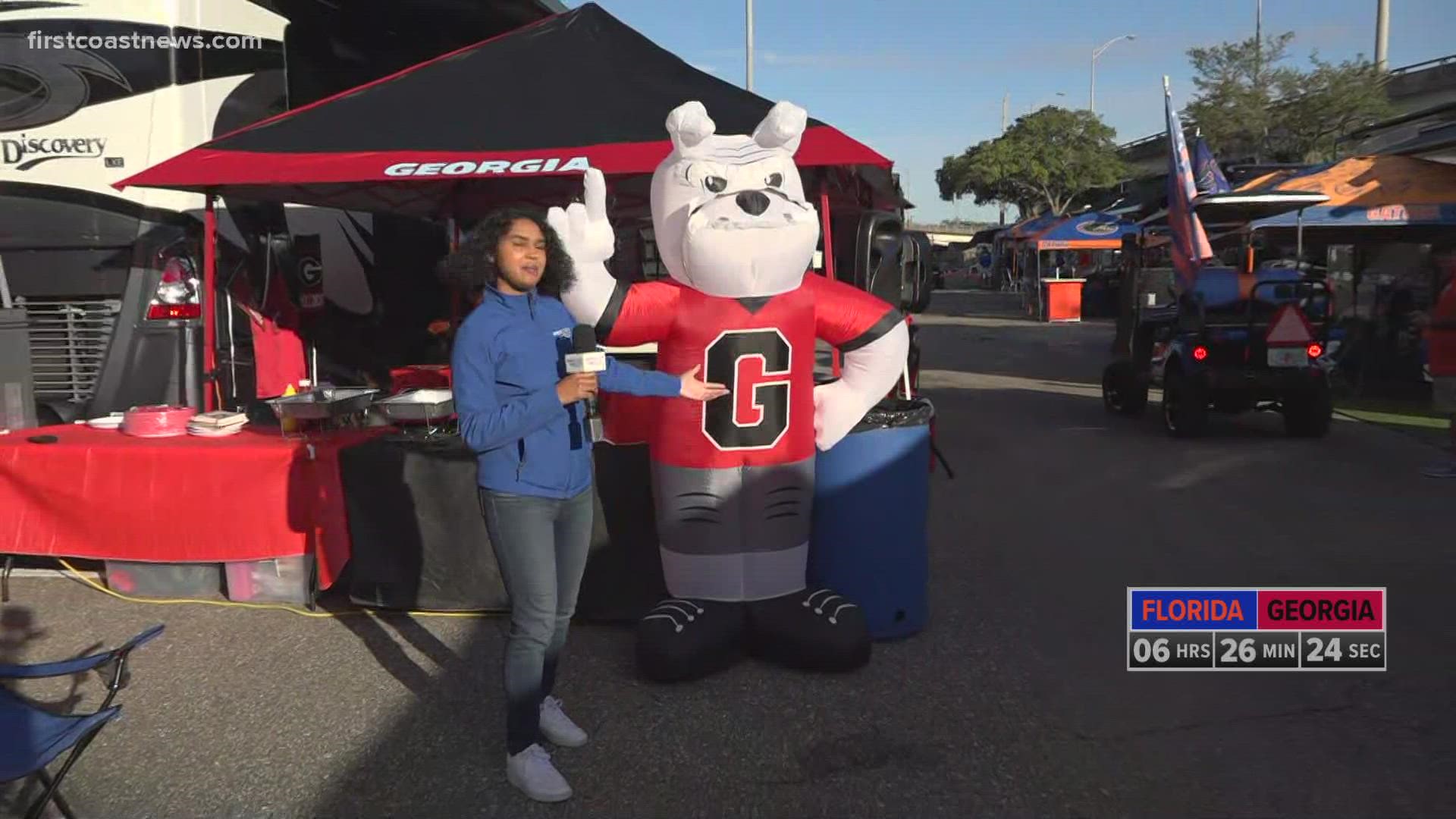 JACKSONVILLE, Fla. — As the Florida Gators and Georgia Bulldogs get set to take the gridiron at TIAA Bank Field in Jacksonville, there are much higher stakes than bragging rights.

The Bulldogs come into the game ranked No. 1 in the country on the last Saturday before the initial College Football Playoff rankings come out on Nov. 2.

RELATED: Everything you need to know ahead of the Florida-Georgia game

Prior to this season, the Bulldogs last held the top spot in 2008 in the preseason AP poll. And despite the hype coming into the season, Georgia lost three games that year. It was the start of many years that ended in bitter disappointment.

In 2012 when Georgia narrowly lost to Alabama in the final seconds of an SEC Championship Game that served as a play-in for the National Championship against Notre Dame, a game Alabama won 42-14. Many Georgia fans felt the team was five yards short of a similar outcome against the Irish.

In 2017, the Dawgs avenged a loss to Auburn in the SEC Championship Game to make it to the Rose Bowl. The Bulldogs defeated Oklahoma in a game some have called one of the greatest games in the sport's history. Then they dominated Alabama in the first half of the National Championship game only to watch their title hopes dashed in overtime.

Yet, this team seems to be different. It is highlighted by a historically stingy defense worthy of the title "Immovable Object."

Kirby Smart's Bulldogs are allowing only 6.6. points per game and 208 yards per game, both best in the SEC. Georgia has only allowed four touchdowns all season defensively and has a 31% defensive 3rd down conversation percentage. The Bulldogs have also allowed their opponents into the red zone 11 times this year.

In short, they are dominant with some wondering if they can be beaten by anyone this season.

With an undefeated record coming into the game, Georgia's goal is clear: Reach the SEC Championship for a likely date with Alabama, and a chance at sweet redemption against the Crimson Tide.

Yet, even with a loss to Florida or any other team on their schedule, the Bulldogs would still control their own destiny to the SEC Championship and, almost certainly, the College Football Playoff. Kentucky is currently second in the SEC East with their sole loss coming to Georgia, meaning the Bulldogs hold the all-important tiebreaker if the Wildcats win out their SEC schedule.

RELATED: Businesses say Florida-Georgia weekend brings them the most revenue throughout the year

The real debate would come if an undefeated Georgia loses to one-loss Alabama in the SEC Championship, would they still get into the Playoff, especially if Oklahoma remains undefeated.

Assuming Oklahoma, Wake Forest, Cincinnati, and Oregon win out, the Big 10 champion has no more than one loss and Georgia loses to the Crimson Tide, the playoff would almost certainly include Alabama, the Big 10 champion and Oklahoma. Then the fourth spot would be up for debate between:

Speaking of crazy, there is a scenario where Florida could still win the SEC East.

Currently, the Gators are third in the SEC East Standings with a 2-3 conference record with losses to Georgia (5-0 SEC) Kentucky (4-1) and Alabama (4-1).

Of course, this is just mathematically speaking and the Gators are probably playing for pride more than anything. If Florida does upset Georgia in what has been so far an unpredictable season, then the playoff race just got much more interesting.

The Florida-Georgia Game kicks off at 3:30 p.m. at TIAA Bank Field. 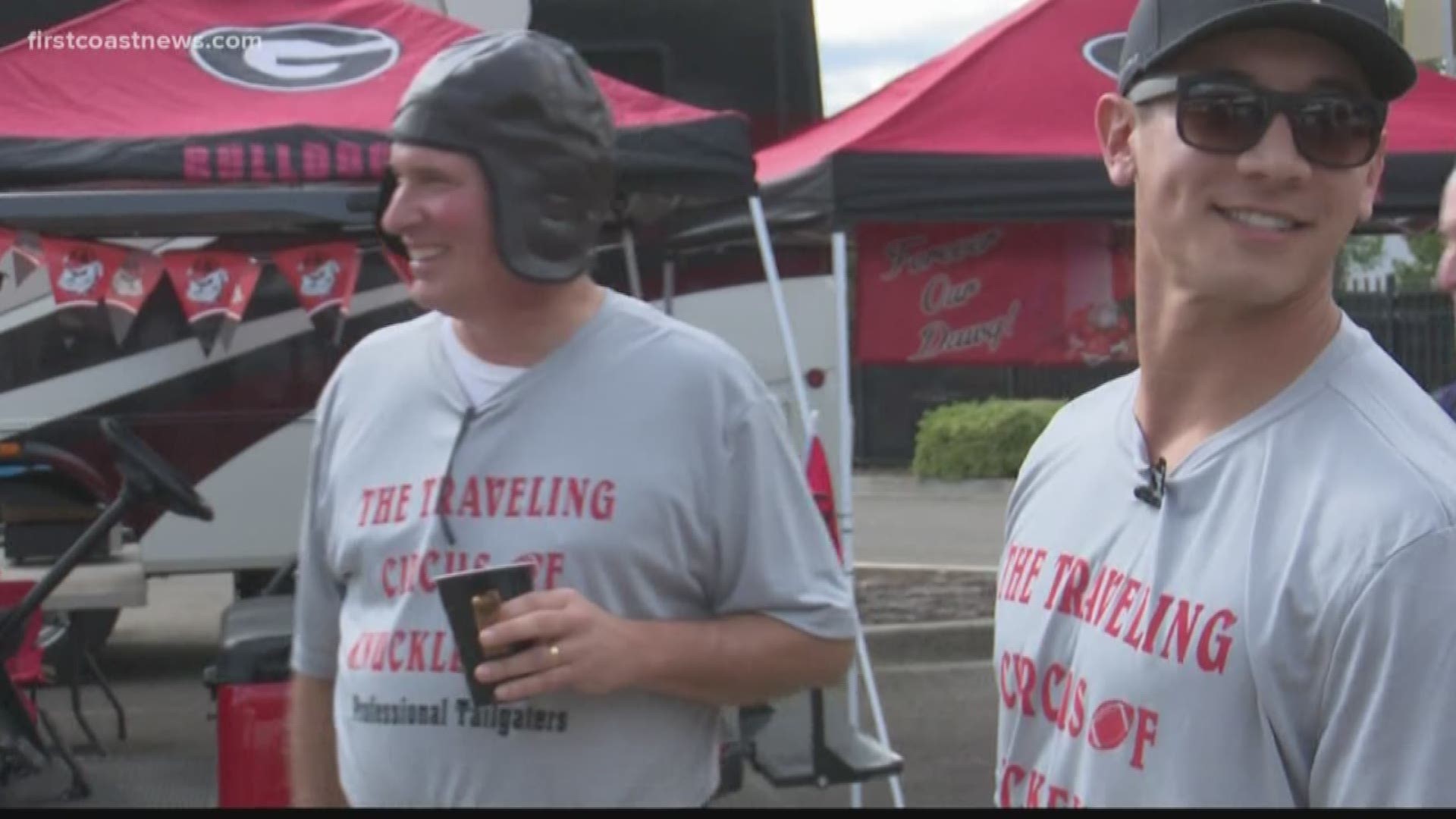 Knuckleheads: they travel various college football games for the tailgate and the people