The convoluted details about why Patrick Reed supposedly was forced out of UGA and a Tweet that 'Dawg fans did not like. 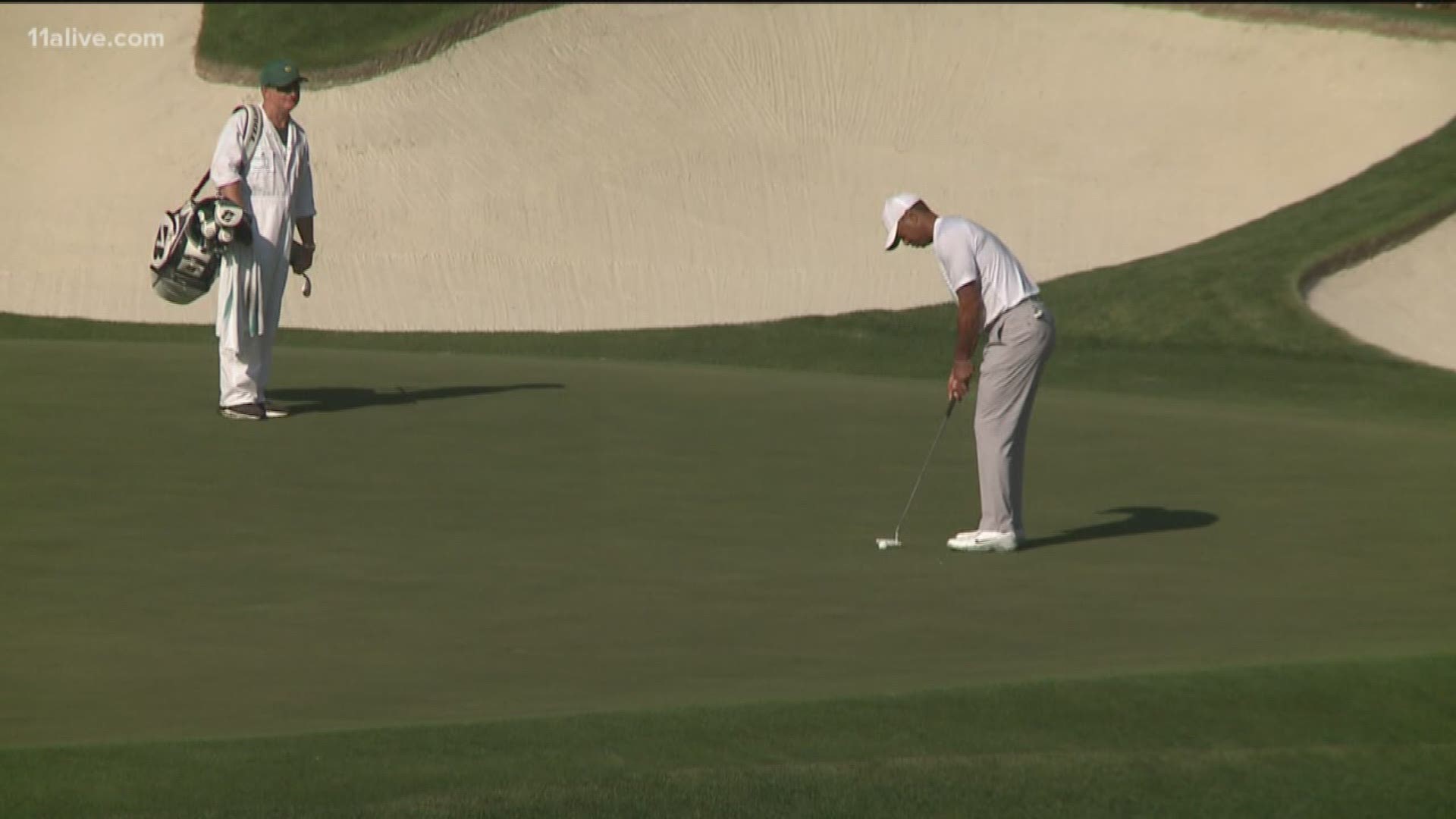 Patrick Reed has an interesting past.

It's filled with family drama and murky suspicions of why he transferred from the University of Georgia after one season and finished his collegiate career at Augusta State.

There are lots of golf fans who aren't fans of Reed. That was evident in the many Tweets that flooded feeds when Reed was the leader at The Masters after the first two rounds. He is 9-under going into the weekend.

Georgia Bulldog fans aren't especially keen of the former 'Dawg. A lot of it stems from allegations against him of cheating and stealing from his teammates at his one year at UGA. The allegations, which he adamantly denies, were published in a book by Shane Ryan called Slaying The Tiger: A Year Inside the Ropes on the New PGA Tour.

It alleges from former teammates that they caught him trying to hit someone else's ball on a fairway after his went into the rough during a qualifying event. His teammates confronted him about it, and he seemed confused. Then, it details how $400 cash, a watch and a Scotty Cameron putter went missing a couple of weeks later from UGA's locker room. Reed showed up later with a wad of cash, and when his teammates asked him about it, he said he hustled a professor on the golf course.

Reed transferred from Georgia, and his relationship with the coaches and University deteriorated as a result of two alcohol-related arrests when he was a minor. While Reed admits to those incidents, he claims that he was not pushed out of UGA's program because of any suspicion of him cheating or stealing.

"Everyone knows why I got kicked out of UGA. Because of two drinking incidents," Reed said in an interview with Golf in 2015 after the final round of the WGC-Cadillac Championship. He said that the allegations of cheating and stealing weren't true and that he'd fight them with all options on the table.

"None of it’s true, and we have coaches that even back it up. And if any of it was true, then the coaches would know about it,” he said at the time.

However, another coach, Jason Payne, went on the record and said that Ryan's reporting was accurate.

"The story that has been reported by Shane Ryan is an accurate account of his college career at UGA -- including the suspicions held by his former teammates," Payne's statements read.

One of Reed's former teammates at Augusta State also sent a Tweet to Ryan after Reed's interview with Golf and claimed that Reed was "spitting some garbage thru [sic] his teeth..."

There's not much closure to the saga. However, the issues continued at Augusta State, according to Wei Under Par. Reed tried to change his scores, but the issue seemed to correct itself after Reed's teammates complained. Reed and Augusta State went on to win two national titles.

But there has also been family drama, as detailed by a Sports Illustrated story in 2015. Reed met his now wife, Justine, at Augusta State. They married in 2012, but did not invite Reed's parents or sister to the wedding. At the U.S. Open in 2014, Reed's parents received tickets from a friend and followed Reed during his second round. However, Justine had their passes revoked as Reed made his way to the 18th hole.

Finally, a Tweet from Reed wearing Notre Dame gear during the Irish's game against UGA in 2017 put Dawg fans over the edge. They completely disavowed him after that. In fairness, there are claims that Reed has supported the Irish since he was younger. His parents have Tweeted support for the Irish in the past.

It's a messy, convoluted story that has few answers and no resolution. But if you see some of the negativity surrounding Reed this weekend on social media, now you'll understand some of the resentment. And why you'll see little to no support of Reed from Dawg fans.

Patrick Reed soars up the leader board at The Masters