The head coach will be handsomely rewarded if his team picks up the win against LSU. 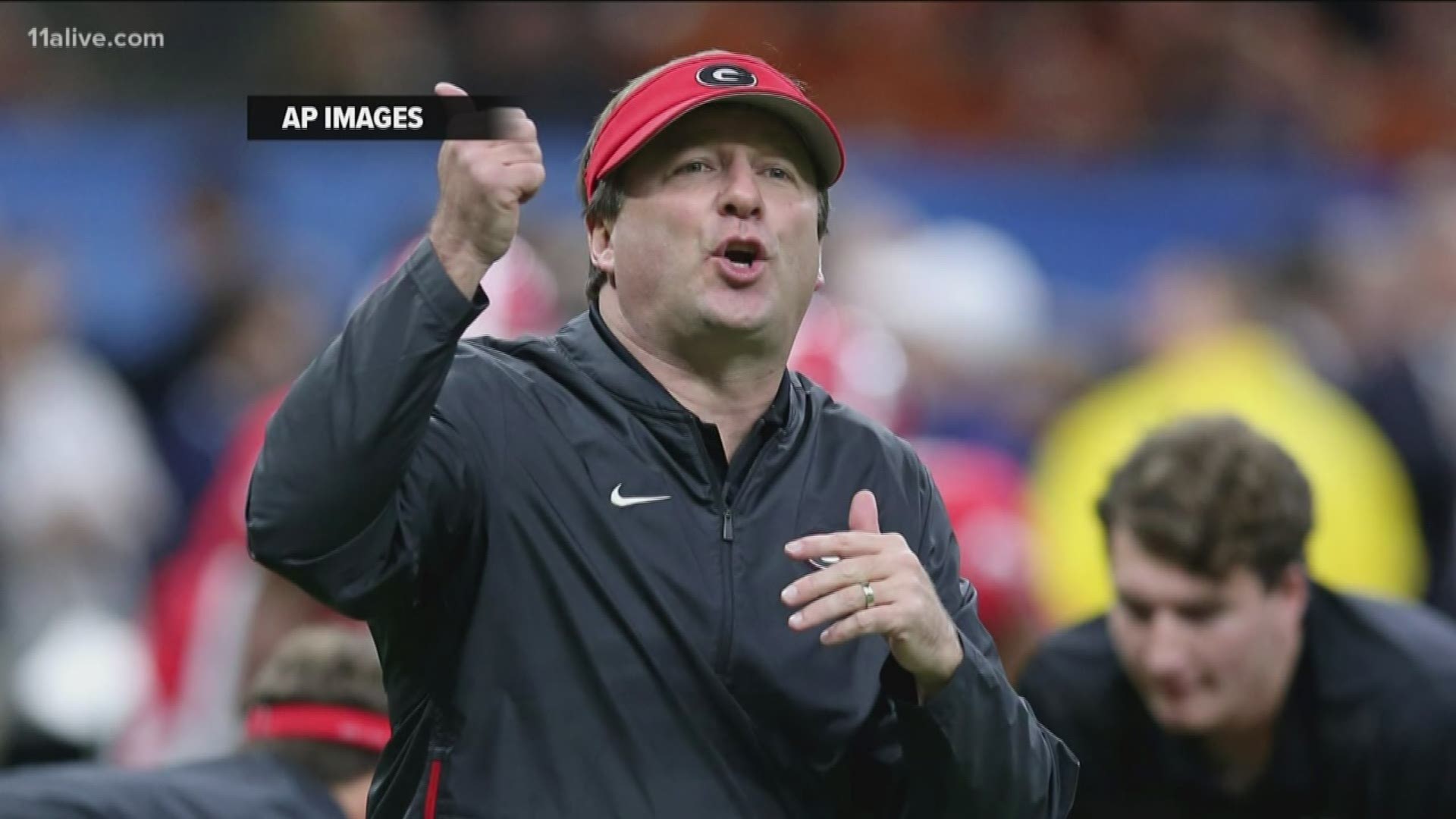 ATLANTA — There's a lot on the line for the Georgia Bulldogs when they face the LSU Tigers on Saturday at Mercedes-Benz Stadium: the SEC Championship. A trip to the College Football Playoffs with a chance to play for the national title. The opportunity to be first team to beat LSU this year. Pride. Memories that will last a lifetime.

For Bulldogs head coach Kirby Smart, there's another big incentive for his team to win: money. Lots of money.

According to the terms of his contract, which was amended after his championship run in 2017, Smart has already pocketed an extra $100,000 just for getting into the SEC Championship. Should the Dawgs beat LSU on Saturday, Christmas will come early for the Smart family: he'll pick up another $125,000 for the championship and he'll be in line for much more.

A win in the SEC Championship would catapult the Bulldogs into the College Football Playoffs, which would mean at least another $250,000 for Smart. Should the team advance to the National Championship Game, Kirby would add another $500,000 to his bank account. If Georgia goes on to win it all, Kirby would ring in the New Year with an extra $700,000.

So there's a lot at stake for Kirby when the Dawgs face the Tigers on Saturday.

RELATED: PETA: Georgia 'must retire Uga immediately' because 'animals are NOT mascots'

But, believe it or not, Smart actually doesn't have as much financial incentive to win this year as he did when the Bulldogs did make their way to the national title game two years ago.

Smart's bank account increased another $500,000 when Georgia appeared in playoffs. That increased to $600,000 when the Bulldogs beat Oklahoma in the Rose Bowl. Kirby was in line to bump that up to $1 million had the Bulldogs won the national title, but the team fell to Alabama in the championship game.

Make no mistake about it, Kirby is getting paid.

In addition to the performance bonuses described earlier, and the $6.7 million salary (which, by the way, increases each year all the way to $7.4 million in 2024, with a total 7-year value of $49 million), Kirby is eligible for these bonuses and perks:

►$75,000 bonus if his team finishes in the top 33% of SEC football teams in Graduation Success Rate and Academic Progress Rate.

►Use of a "light jet" for "personal, non-business travel" for 25 hours a year.

What if the Georgia Bulldogs lose to LSU?

If it happens, Kirby will have less to spend this holiday season, but he'll still be OK. He still gets the $100,000 for making it to the game, and then he's eligible for these bonuses depending on which bowl game the Bulldogs would land in:

►$50,000 - if the team plays in the Birmingham or Independence Bowl

Georgia Bulldogs' Uga through the years

'The last thing my camera & I saw before being tackled': UGA photo intern shares 'the' shot