The alleged gambler, Devante' Zachery - aka 'Tay Bang' - told police he would give UF players discounts on rental cars at Enterprise, according to a report obtained by First Coast News. Zachery said the players tried to attack him in May with airsoft rifles, rocks and a frying pan. 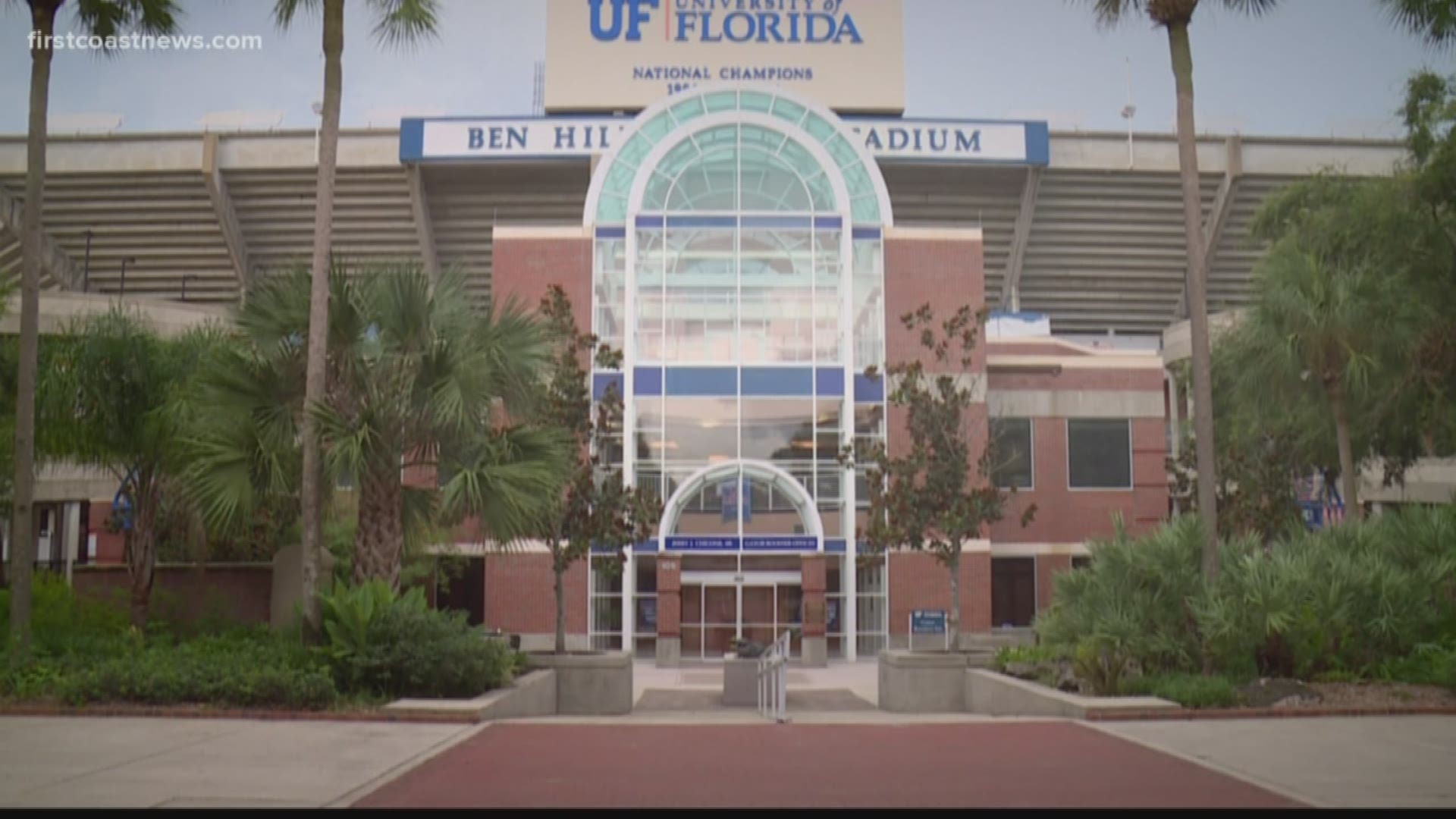 The conflict between University of Florida football players and an alleged Gainesville gambler known as “Tay Bang” dates back to well before the May 2018 confrontation involving airsoft rifles, rocks and a frying pan, according to a new report from the Gainesville Police Department.

The report, obtained by First Coast News, details ongoing tension between the players and a group of local men that turned violent as recently as early July. The Gainesville police report is dated 10 p.m. July 25, which is just hours after First Coast News first broke the story.

According to the incident report, Gainesville police was alerted to an ongoing issue between the UF football players and Devante’ Zachery’s group of friends. Zachery provided police with the following information as detailed by the Gainesville police report.

The conflict started on Feb. 10 while Zachery and some friends were inside Gainesville’s Rain nightclub. Zachery said he got into a playful argument with three UF football players about guns.

The following weekend, a group of football players jumped Zachery’s friend and that led to Zachery exchanging words with the football players at the Oaks Mall in Gainesville. According to the GPD report, an officer witnessed the aftermath of the fight. A bar security manager confirmed to police a fight occurred between some UF football players and a group of local men.

The weekend after that, Feb. 25, police witnessed what they described as a group of men wearing Gator colors and emblems. They described the group as loud, agitated and walking in an aggressive manner. Police overheard the group saying “Where they at?” and asked whether they were athletes, to which they responded they were on the football team. According to the report, a GPD officer responded they needed to leave before they got into trouble.

“I told them it that it was not smart to load up the team to travel to someone’s else neighborhood with the intent to fight,” a GPD officer wrote in the report released to First Coast News.

The players left, according to the report.

The next incident detailed in the report is the May 2018 incident on the UF campus. According to the report, Zachery told police some football players noticed him on campus and started throwing rocks at his car, chased him with pots and pans and what he believed was an AR-15. (According to a witness video and a report from University of Florida Police obtained by First Coast News, Kadarius Toney was using an airsoft gun with a black-painted tip designed to look like a real gun. A second football player was also carrying an assault-style airsoft gun, according to university police.)

The report said Zachery told police he had a good relationship with tight end C’yontai Lewis and another University of Florida football player. Zachery told police he would give them discounts on rental cars at Enterprise, according to the report. In the initial report obtained by First Coast News, Lewis was the only football player to tell police Zachery bet on football games. Lewis told police the two had a good relationship until the Gators started losing.

Zachery told police, according to the report, that he feared his life was in danger. He said he had been receiving threatening phone calls and text messages and believed people were trying to lure him to the football players.

Zachery also told police one of the football players told him “there is money behind this,” which Zachery took to mean there was a price on his head. Zachery made other allegations to police, including that same football player was a member of the Bloods, though the conflict had nothing to do with the player’s alleged gang affiliation.

When reached by phone last week, Zachery told First Coast News we didn’t have both sides of the story, but he declined to elaborate. He has since stopped responding to First Coast News.

“We understand GPD has followed up last week’s UPD report with a background report that has Devante Zachery (aka Tay Bangs) as its primary source. We are not aware if there will be any additional information provided by GPD on this matter.Anytime we get information involving our student athletes we look into it.”

According to a separate Gainesville Police Department report, on July 22 - a month after the melee - UF wide receiver Kadarius Toney was pulled over for a seatbelt violation. During the stop, police found a black rifle in the back seat. It was real. The report says Toney initially tried to elude police, before eventually stopping. Toney and another passenger were briefly detained before being released on scene. Toney told police he bought the rifle and had it in his vehicle for protection from locals, according to the report.