The very first game was played between Rutgers University and what is now Princeton University. The crowd was reported to be composed of roughly 100 people. 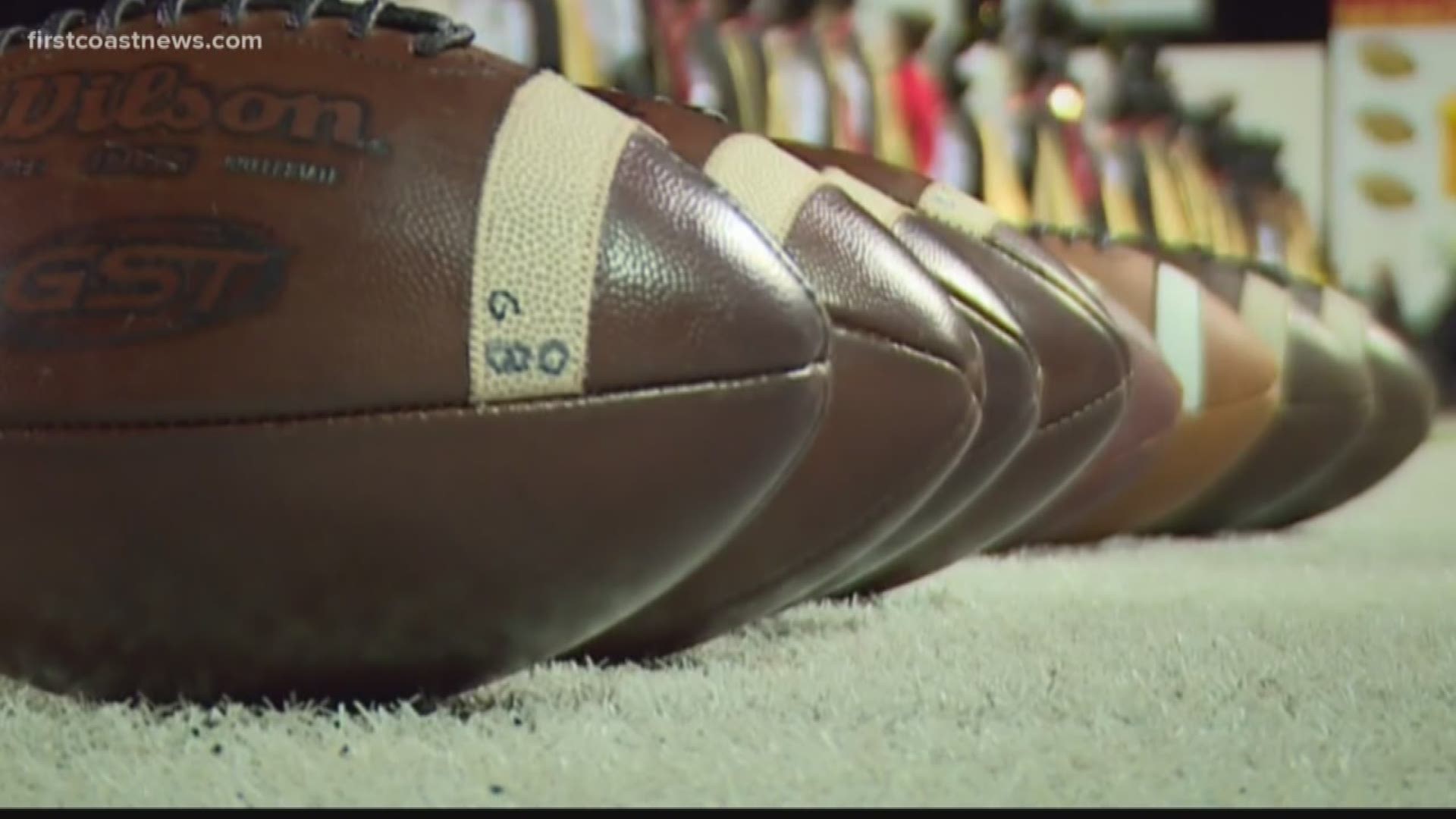 It may not be Saturday, but that doesn't mean we can’t talk about college football.

Nov. 6 marks 150 years since the very first college game was played between Rutgers University and what is now Princeton University. The crowd was reported to be roughly 100 people and the final score was six to four.

Novels have been written about the sport that so many fans root for each Autumn, so it would almost be unjust to attempt to tell the entire history in just a few paragraphs. However, with the help of a premier athletic historian, the On Your Side team has found a few tidbits to share beyond a simple timeline.

“Ivy League Schools were the primary innovators of the game,” Dr. Elizabeth Gregg from the University of North Florida said.

Step back more than a century onto the gridiron – only an artist’s rendering of the very first game exists.

Film from an Edison camera brought the world the first moving pictures in 1903, which are saved in the Library of Congress.

Gregg said one of the most-watched sports in history had a pretty violent start.

“They would sew handles on the back of men’s jerseys and literally throw them across the line of scrimmage,” she said.

She added that in some cases, players would add dramatic effect by soaking their uniforms in blood. Then in 1906, a group of university presidents came together to standardize rules – turning away from rugby and soccer plays and making something unique. The NCAA would come about as a result of those changes, Gregg said.

She said college ball finds itself at an intersection much like it did early on. Player transfers, potential paydays, and concern for safety remains some of the top issues.

“Even though we’ve come a long way, in rules and technology and change the game of football some fundamental similarities exist,” Gregg said.

She said that some of the key marks of the first 150 years of college football are expansion and geographical growth of the sport. Gregg said powerhouse schools traveling from the East Coast to the Midwest and South helped foster a strong fanbase in college football.

In Jacksonville, the acclaimed Florida-Georgia game conquers one weekend every year. The rivalry game traces back to the early 1900s before the game moved to the First Coast in 1933.