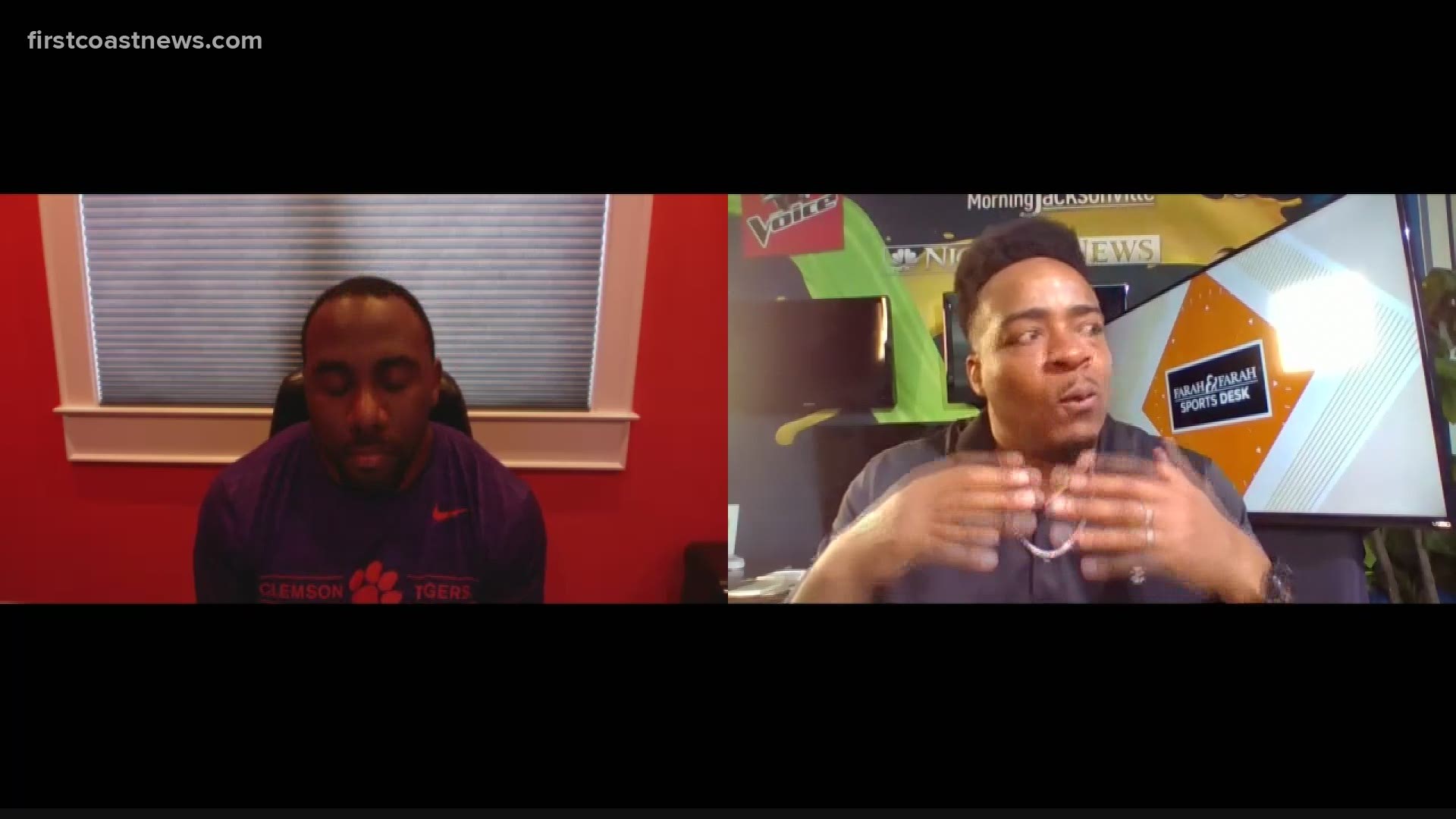 College Football Hall of Fame inductee? You can check that off the list now, too.

C.J. Spiller has come a long way since his days of terrorizing defenses at Union County High School. And now, Spiller can add another accolade to the list, as he will be inducted into the College Football Hall of Fame this December. The 2009 ACC Player of the Year was elected in just his second year on the ballot.

"This truly is a humbling experience. When Coach [Swinney] called me, I honestly didn’t know what he was calling about," Spiller told his alma mater in the school's announcement press release. "He gave the whole spiel about how I was his first five-star recruit, his first first-rounder, first Pro Bowler, and he was like, ‘Now, big dog, you’re my first Hall of Famer.’ I said, ‘You’re joking. Quit playing.’ I was really speechless.

A two-sport, All-ACC performer for the Clemson Tigers in both football and track & field, Spiller still holds the conference's record for single season and career all-purpose yards. A unanimous All-American his senior year, Spiller finished his prolific college career on the gridiron with 7,483 total yards and 51 touchdowns. He was named to the All-ACC team twice for football and thrice for track & field. Spiller was also named an All-American sprinter twice.

Spiller was drafted No. 9 overall in the 2010 NFL Draft by the Buffalo Bills. He spent five years in Buffalo before splitting the final three years of his career between the Saints, Seahawks, Jets, and Chiefs. Spiller finished his NFL career with 3,451 rushing yards and 21 total touchdowns in 90 games.

All this success can be traced back to Spiller's time at Union County High School, where he racked up more than 5,000 yards on the gridiron and was a two-time State champion in the 100M and 200M. Spiller was the No. 1 rated player in the State of Florida in the 2006 class, and No. 9 in the country.

But he says the biggest factor in his success: he wrote it down at the age of six and looked at that piece of paper each day he woke up.

Spiller is one of 11 players and two coaches in the 2021 College Football Hall of Fame Class selected from the national ballot. The class will be officially inducted during the 63rd NFF Annual Awards Dinner on Dec. 7 alongside the 2020 Hall of Fame Class, whose ceremony was postponed due to COVID-19.

The other members of the College Football Hall of Fame Class of 2021 include: