Joey Logano, Denny Hamlin, Brad Keselowski and Chase Elliott on their thoughts at winning the 2020 title. 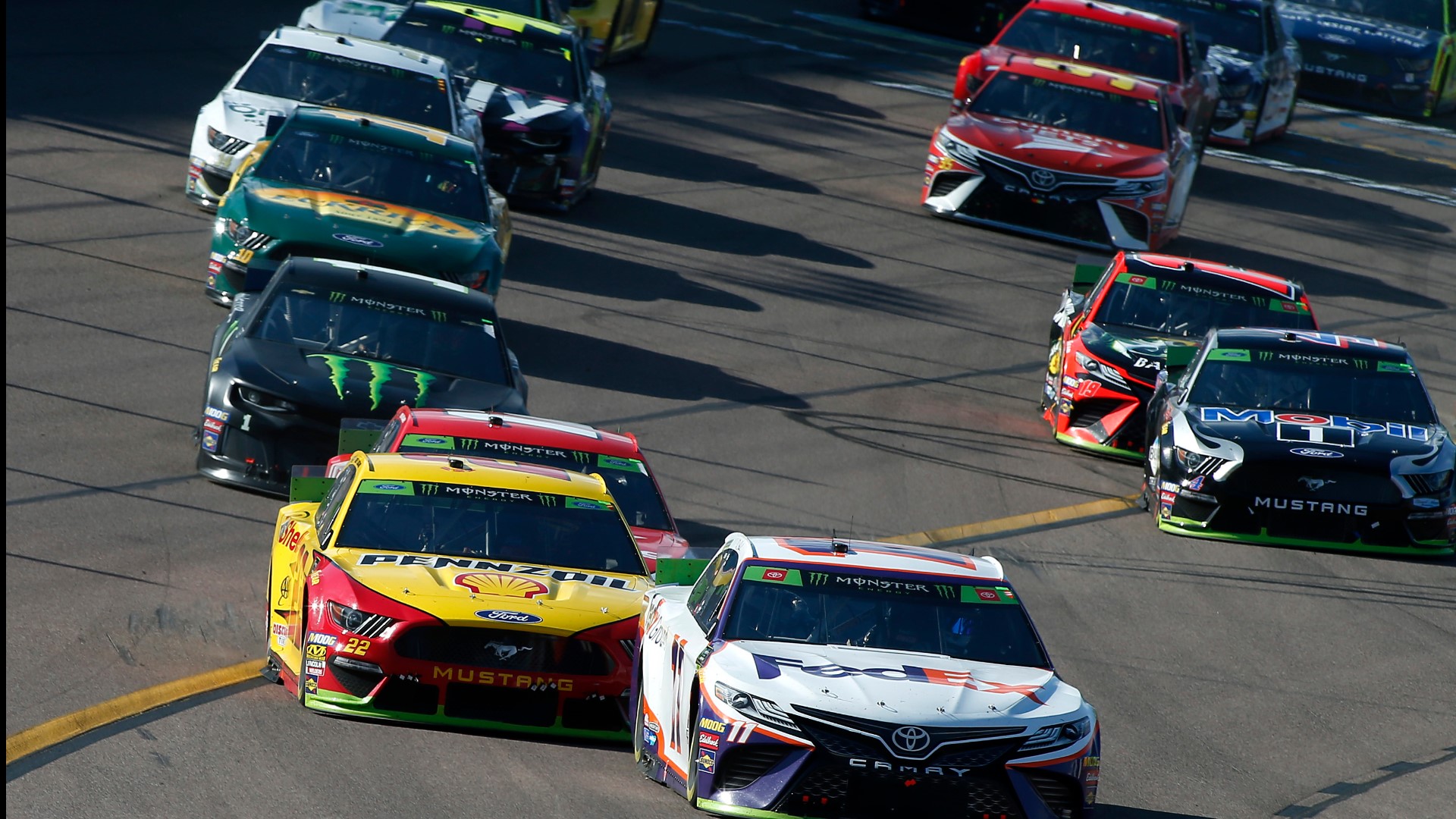 PHOENIX — And so it comes down to the final four, better known in NASCAR as the Championship 4.

Joey Logano, Denny Hamlin, Brad Keselowski and Chase Elliott will race it out for the Cup Series 2020 championship trophy.

For the first time ever the final race is at Phoenix Raceway.

Logano was the 2018 Cup champion and he won the spring race at Phoenix this year.

Hamlin has two wins at Phoenix including the fall race last season. He's the best driver to not win a championship yet. He was very strong earlier in the season when he won 7 times.

24-year-old Chase Elliott is the only of the bunch with multiple wins in this year's playoffs. That included the must win victory at Martinsville last weekend.