"I woke up in the hospital ... Apparently, I had been drinking and went into my apartment and cut my wrist." -- Hayden Hurst 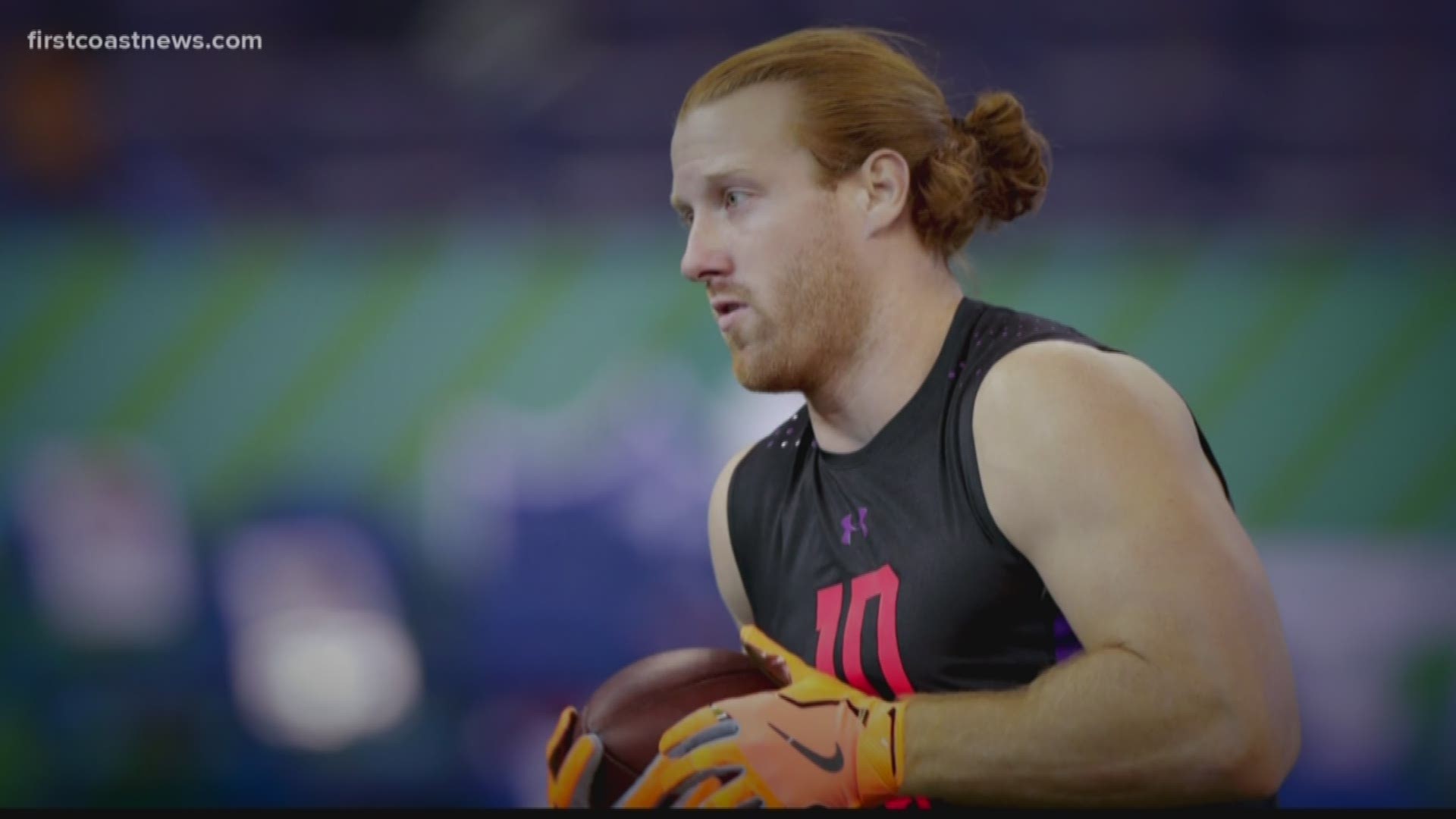 Jacksonville native, Bolles alum, former Pittsburgh Pirate, current Baltimore Ravens tight end Hayden Hurst -- when you run down his bio, he appears to have had a perfect life.

However, it's been anything but that for this 26-year old. Hurst has battled depression and anxiety.

Hurst's demons bested him in his second season in the minors with the Pirates down in Bradenton, Fla. The star baseball player of Bolles found himself in a position he had never been in before as he struggled to dominate the game he loves. It proved to be too much. Hurst says he was drinking every day.

"There were weeks at a time I would sit in a dark room and not want to be around people," he said. "Just that fear of embarrassment. I had never experienced anything like that."

Feeling overwhelmed, Hurst reached out to his parents. Hurst says it was on the golf course that he opened up to his father first.

"He told me the family history with his OCD," Hurst said. "His anxiety and things as well. The depression he went through and it was easier than understanding, 'Hey he's been through this and he understands what's going on.' Then I laid out 'Here's what's going on in my life.'"

Credit: FCN
Hayden Hurst poses with his mother and father.

Hurst says it helped, but it was only temporary relief. After deciding to quit baseball Hurst walked on the football team at the University of South Carolina. His battle with depression and anxiety returned.

"I woke up in the hospital," he recalled. "I didn't know what happened. I had to have a friend fill me in. Apparently, I had been drinking and went into my apartment and cut my wrist. My friend found me in a puddle of blood. He called 911."

It was in that South Carolina hospital that Hurst had what he calls his "come to Jesus moment." He was handcuffed to a bed. He says he looked and said "What happened? What are you doing?" That was the moment he figured out that he needed to ask for help.

Hurst got it and battled back. Now he spends his time speaking to young people. He recently spoke at the Youth Crisis Center in Jacksonville.

"I want to use my platform to help people," he said. "For some reason, people equate mental illness with having to be ashamed. It's something you shouldn't talk about. I don't think it's anything to be ashamed of. Everybody goes through something. The best thing my parents ever did was just being available. There's not really a right or wrong thing you can say or an answer that can change everything but just making sure you're available and you're understanding. If my story is going to change the narrative on this and people are going to talk about it more, then so be it."

Hurst also says to remember you're not alone but he admits he still has his struggles.

"I don't have the answers to fix all of this," he said. "It's still a trial and error to this day, but I will say I have much more good days than I do bad days. I'm not this superhero that's portrayed on TV. I'm a regular person. I struggle with depression, anxiety and things like that."

The Hayden Hurst Family Foundation is hosting a golf tournament Monday, Feb. 24 starting at 8:30 a.m. with all of the proceeds benefiting the Youth Crisis Center in Jacksonville.

If you or someone you know is struggling with depression or thoughts of suicide, call the National Suicide Prevention Lifeline at 1-800-273-8255.