Next week will be filled with memories in both Tallahassee and in Bowden's home state of Alabama. 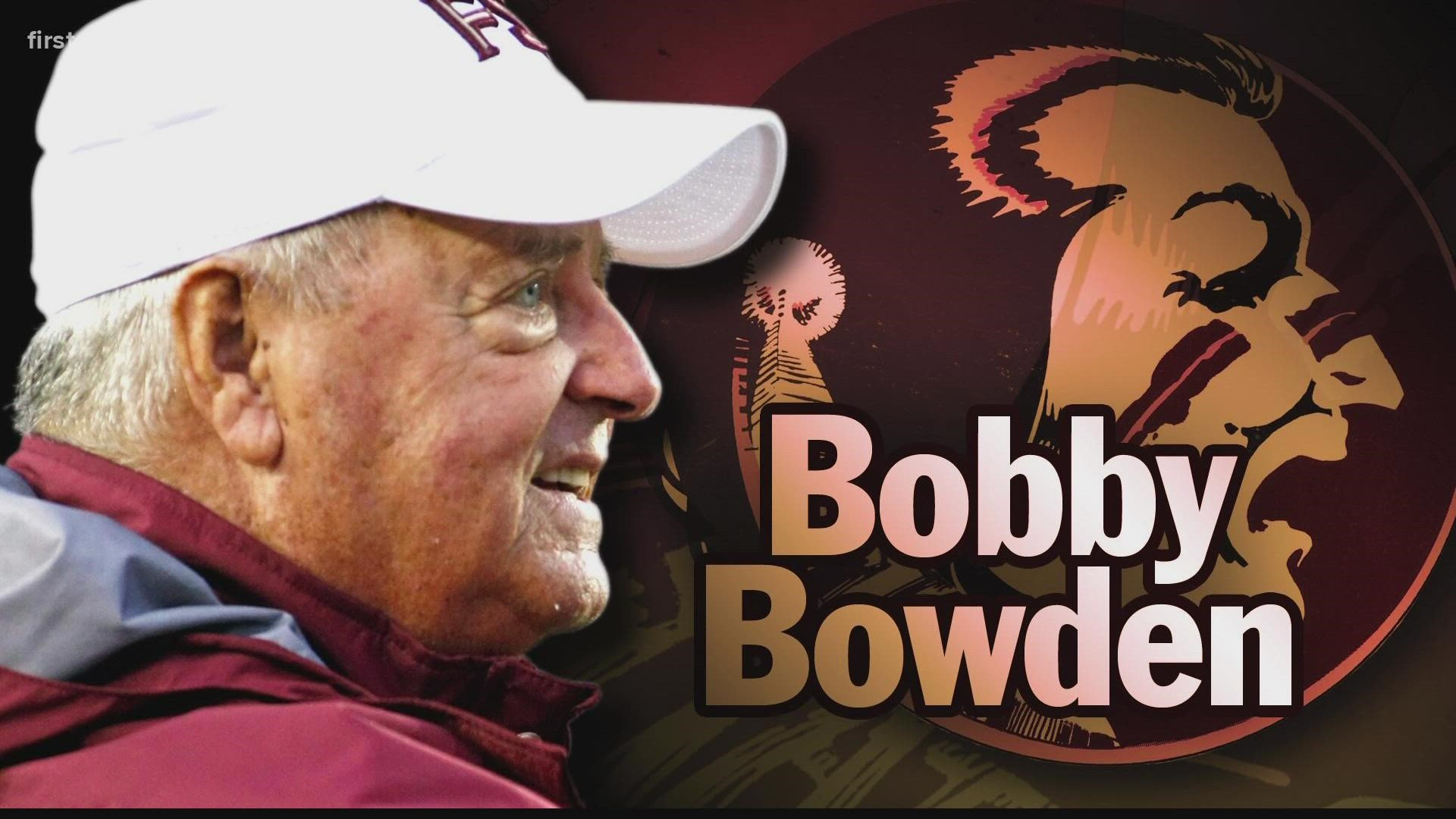 TALLAHASSEE, Fla. — Florida State University announced three days of memorials and tributes for the late-great Bobby Bowden, who died Sunday at the age of 91 from pancreatic cancer.

On Friday between 10 a.m. - 1 p.m., Bowden will lie in honor in the rotunda of the Florida State Capitol in Tallahassee.

Later at 2 p.m., he will lie in repose in the Moore Athletic Center located at Doak Campbell Stadium in Tallahassee. This will be open to the public. Public viewing will end at 7 p.m.

On Saturday, the funeral for Bobby Bowden will be held at Florida State's Tucker Civic Center. The funeral is open to the public. It is set to begin at 11 a.m.

After the service, Bowden will make one last trip to his home in Alabama.

On Sunday, Bowden will lie in repose at Reid Chapel on the campus of his alma mater Samford University between 4 p.m. to 6 p.m. The campus is located in Bowden's hometown of Birmingham.

After lying in repose at Reid Chapel, Bowden will be taken to his final resting place in nearby Trussville, Alabama. His graveside service is not open to the public.

Bowden's family asks that in lieu of flowers, people make donations to the Fellowship of Christian Athletes at 8701 Leeds Road, Kansas City, MO,  64129.

Bowden is widely considered one of the greatest head coaches in college football history. The NCAA recognizes 377 head coaching victories by Bowden as a head coach, placing him second by Joe Paterno in major college football. However, his actual number of victories exceeds 400 as some wins were vacated by the NCAA, and his wins compiled at South Georgia State College are not counted by the NCAA.

Bowden won two national championships and 12 conference championships in his tenure at Florida State that lasted 34 seasons. Bowden scored 33 consecutive winning seasons with the Seminoles, a mark of consistency unmatched by any coach in major college football history. He also finished within the top 5 in 14 consecutive seasons.

Bowden is a winner of Bobby Dodd Coach of the Year, a member of the College Football Hall of Fame and the first recipient of the Florida Medal of Freedom.