The forgotten Black jockeys of the Kentucky Derby

2020 is the 146th running of the Kentucky Derby. Here's a look at a forgotten part of the race's history. 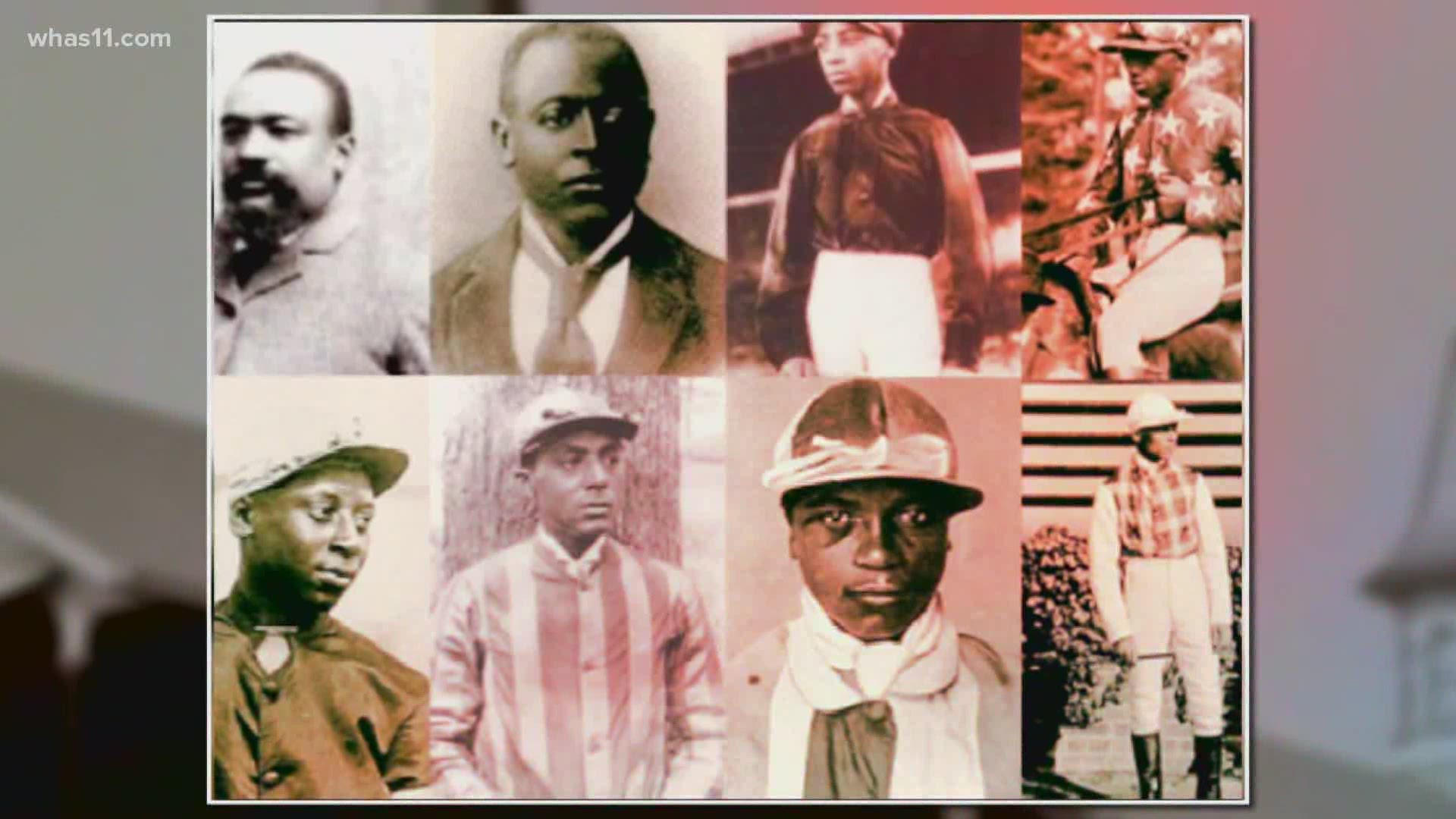 LOUISVILLE, Ky. — This year marks the 146th year for the Kentucky Derby. There have been a lot of changes over the years. We want to go back in history to look at a forgotten part of the part.

To most people, the Derby is all about flashy hats and fascinators for the women, unique suits for the men and stars of the spectacle the beautiful, powerful thoroughbreds.

The jockeys are also a main attraction but they look much different than they used to.

In 1875, for the first running of the Derby, African Americans dominated the race track. Thirteen of the 15 jockeys were Black including the winning jockey, Oliver Lewis.

This is part of the history you can learn about at the Kentucky Derby Museum.

"For many of them when they see it, it’s the first time they’re learning about the history so there’s a sense of discovery,” The Kentucky Derby Museum's Director of Tutorial and Educational Affairs, Chris Goodlett said.

An undeniable sense of appreciation for these athletes can be felt while observing these exhibits and the racial tension we’re seeing in 2020 with inequality and injustice was also felt back then.

"That segregation impacted African Americans daily life so it impacted them on the race track," Goodlett said.

The horse racing sport went from 15 of the first 28 Kentucky Derby winners being African American jockeys to decades without a Black person mounting for the race.

"As we get into the 20th century African American jockeys start to disappear and the reason of course is segregation of the 19th and 20th century," Goodlett said.

It became difficult and sometimes impossible for Black men to even get licenses to ride as jockeys. And if they did, they risk being hurt. One example is Jimmie Winkfield.

Winkfield, a two-time Derby winner and a member of the National Museum of Racing and Hall of Fame, faced racism from his competitors at the beginning of the 20th century.

"His white counterparts on the race track tried to physically intimidate him by pushing his mount against the rail and that could injure Jimmie and injure his horse," Goodlett said.

The museum documents this history paying homage to the jockeys who laid the foundation for the Derby.

They were Black and they’re often forgotten. This exhibit helps to keep their stories and their memories alive.

'My Old Kentucky Home' to play at start of Derby, here's how it will be different this year

You can read more on the African American legacy at the Kentucky Derby, here.

RELATED: A message to our community: Churchill Downs breaks silence, pens message to Kentuckians ahead of Oaks, Derby 2020