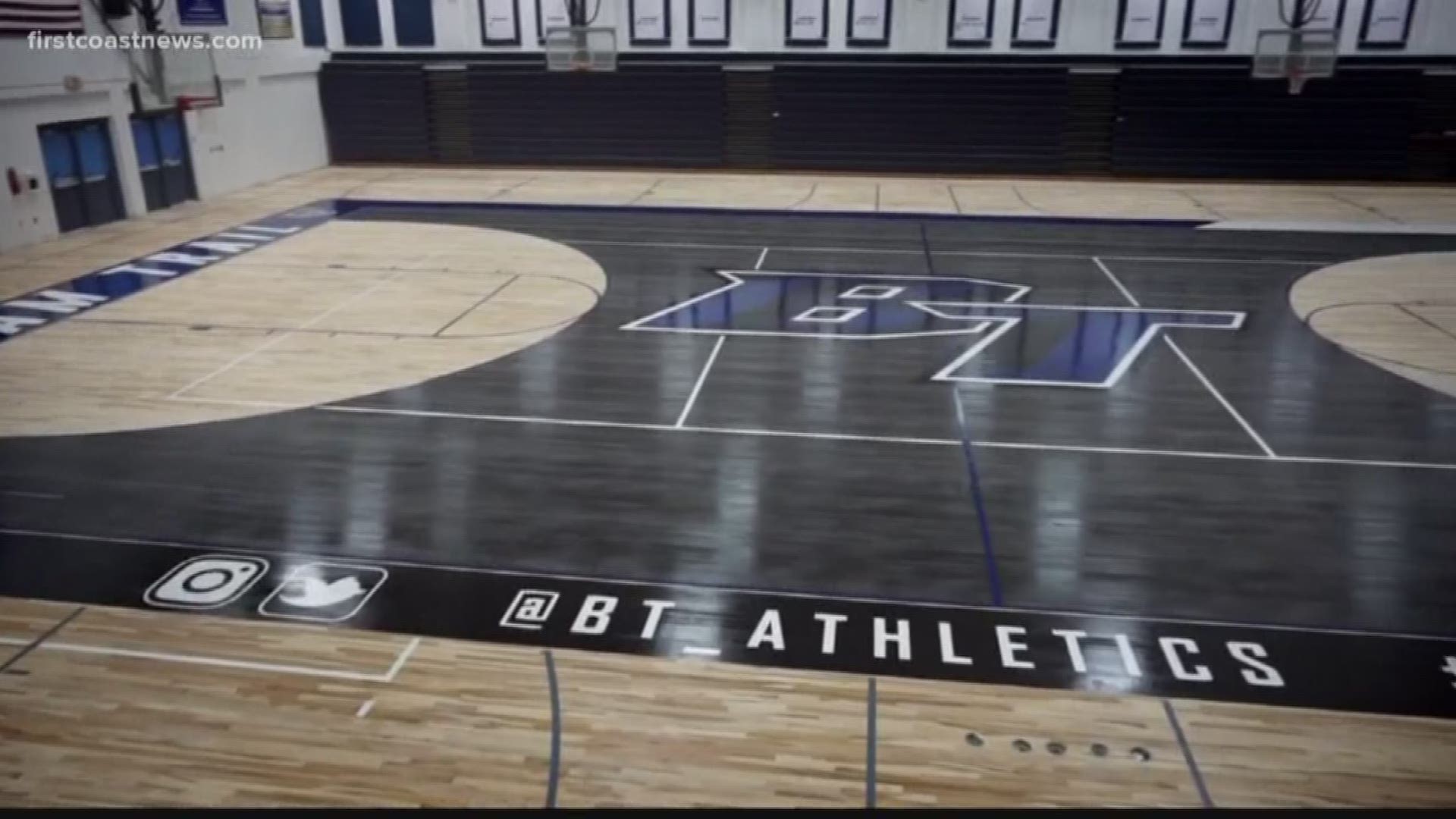 It's a project that was originally scheduled to be finished back in January but the maple wood, imported from New England, had a difficult time with humidity.

The Bears had to renovate the gym floor after a water leak back in the fall.

The leak caused ripples and bumps which made the court unplayable.

Coming up with the design of the floor was a collaborative effort involving the school’s digital designer teacher, athletic director, teachers, coaches, the county and booster club.

Some of the school officials even traveled to Orlando to look at different designs.

Bartram Trail’s girls and boys basketball teams had to play on the road the entire season.

In fact, over the course of the season the teams had to practice at nine different schools.

Not having a home court need not affect either team.

The gym will officially open for action this summer in time for summer hoops camp.