Back to the Minors: Icemen a 'hot ticket' as first season wraps up this week

Back to the Minors is our weekly look at the awesome minor league teams that call Jacksonville home. This week, the Icemen wrap up a successful year one and its time to play ball for the Jumbo Shrimp and Sharks. 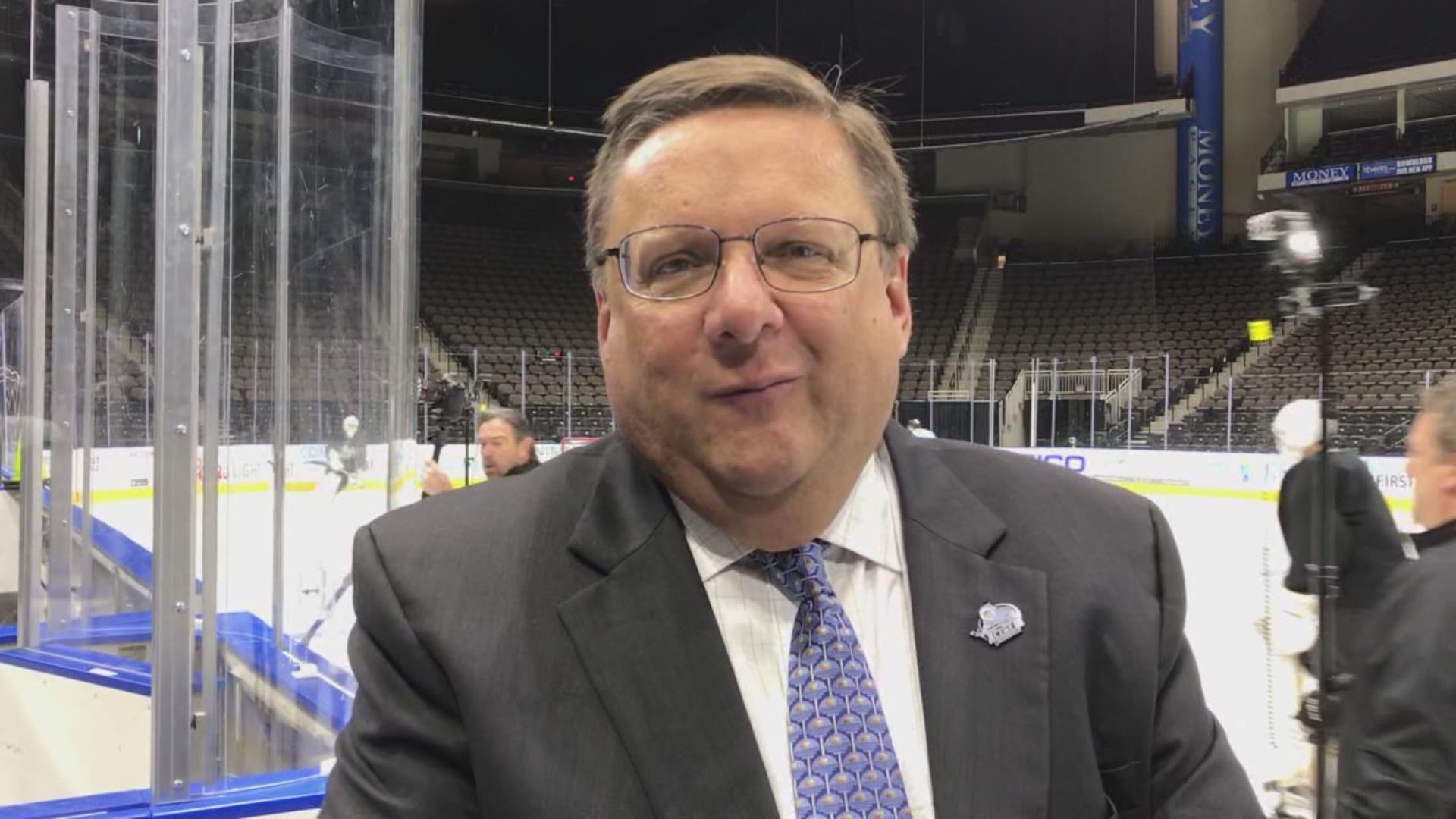 Wednesday was team picture day and the Jacksonville Icemen were in a good mood. The team, while not as successful on-ice as some would have hoped, has been a smashing success in their first year on the First Coast. The team ranks 4th in the 27 team ECHL in attendance going into the regular season's last weekend, an average of nearly 5,700 fans packing the lower bowl at Veterans Memorial Arena in a city not known as a hockey hotbed until now.

"A lot has come together and there are a lot more hockey fans than most people thought living in this area." Icemen president and part-owner Bob Ohrablo told me just after he posed for pictures with his team.

"The experience in Jacksonville is amazing, the fan support. We struggled at the start of the year and they still stood by us. I thought it was one of the best rinks I've ever played in." Icemen captain Garrett Hunt told me.

The Icemen franchise itself took last year off. Before that, they had played in the Evansville, Indiana area before Ohrablo's group decided to bring the team to Jacksonville.

"A lot of players that we play against that come here and play always tell me Wow ... what a great atmosphere it is here." Hunt said.

It's not just the fans that have embraced the move.

Ohrablo also cited the success of the team's promotions including a "Military Weekend" and "Faith and Family weekend" for bringing out big crowds. He also talked about their unique partnership with their neighbors from across A. Phillip Randolph Boulevard, the Jacksonville Jumbo Shrimp. The team hosted a Jumbo Shrimp night and sold out of "Jacksonville Frozen Shrimp" t-shirts.

"That was a great night here. Ken Babby's a huge hockey fan as are most of the guys that work at the Shrimp. We are looking forward to them having a great season and for Icemen night at the Jumbo Shrimp."

While admitting year one exceeded his expectations, Ohrablo says they are just getting started and are expecting even bigger crowds in year two. Once the offseason starts, his focus will be on making the Icemen an even stronger presence in the community.

"This is my 33rd season in hockey and I gotta tell you, I'm not just saying this, this is the most fun I've ever had." Ohrablo said.

The Icemen host the Florida Everblades on Thursday and Friday night at Veterans Memorial Arena before concluding their season Saturday in Fort Myers against the same team. Tickets start at $10 and can be bought here.

The home opener, presented by @FirehouseSubs is ONE week away!