Back to the Minors: Exploring America through Minor League Baseball 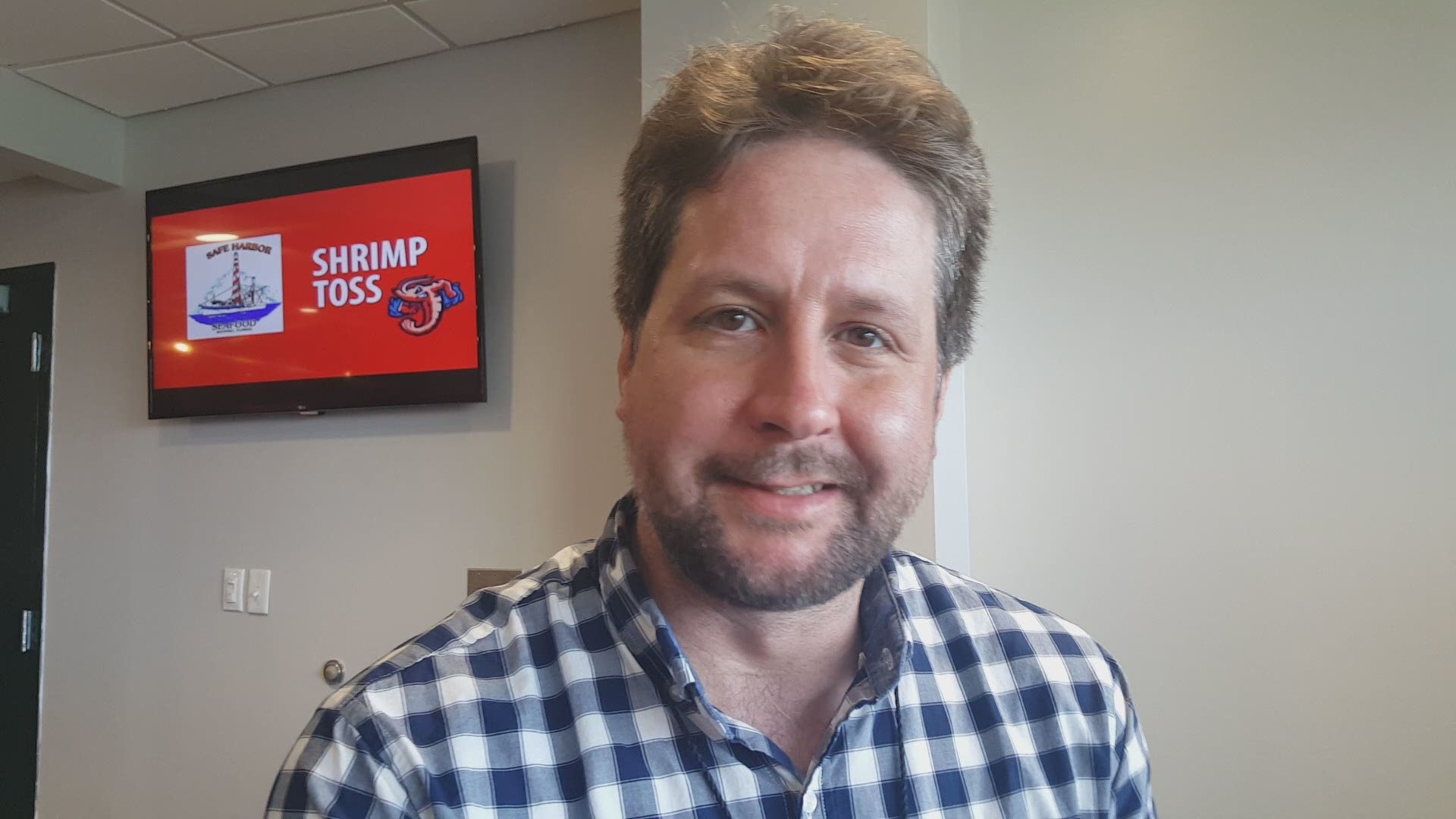 "I call what I do exploring America through Minor League Baseball," Benjamin Hill said last Sunday during a two-hour-plus rain delay at the Baseball Grounds of Jacksonville.

Hill works for the official website of Minor League Baseball, MiLB.com. Throughout the baseball season, Hill takes multiple trips to check out various minor league stadiums and cities around the country.

"I'm just trying to highlight what makes each team unique, not so much what happens on the field and the players ... it's much more about the fan experience and everything that surrounds the ballgame itself," Hill told First Coast News in an interview in the Wheelhouse, the ballpark's upstairs indoor restaurant/bar area.

Hill's trip to Jacksonville came on the day the Jumbo Shrimp "broke" a record by having the top Scrabble player in the world play 30 simultaneous games as part of "Words with Fans" day at the ballpark. The team wore Scrabble-themed uniforms and even handed out hats with a Scrabble tile "J" as a ballpark giveaway.

As part of his travels, Hill picks out fans to be "designated eaters" at the ballpark to help him experience the unique cuisine. In Jacksonville, that menu included the Shrimp and Pulled Pork Nachos and the Bold City Burger Pie, a burger between two pepperoni pizzas.

Sunday was his first visit to Jacksonville since 2015 ... and his first since the team was re-branded the "Jumbo Shrimp". He said new nicknames are common around minor league baseball, but that Jacksonville's re-brand is one of the most successful he's seen.

"What you need to do is create a product that people care about outside of the baseball itself, so having a unique fun attention-getting identity is crucial and you're obviously seeing that in Jacksonville," Hill said.

Hill also chimed in on the attention minor league baseball has gotten due to the presence of a Jacksonville favorite son, Tim Tebow. Hill said the teams Tebow has played for in Columbia (SC), Port St. Lucie (FL) and Binghamton (NY) are smashing attendance records and it's been a boost for the entire leagues.

"Obviously you haven't seen anything like him in minor league baseball since Michael Jordan in 1994 in terms of an athlete that kind of transcends minor league sports and just brings out people to see that one guy," Hill said.

Hill spent the previous night in Daytona Beach checking out the Florida State League's Tortugas went to Augusta (GA) from Jacksonville. But for Hill, its just part of the job of telling a uniquely American story.

"Each team is a reflection of the community in which it operates so that these 160 teams taken together are a reflection of America, so what better way to explore American than through minor league baseball."

With us until the end. ⚓️

Thank you @Section904, @LaArmadaUnited, and all of our fans for the amazing support this season on the road and at home! We 💙 our fleet! #ForTheFleet pic.twitter.com/BdM0sdcboF