At the Jacksonville Grand Prix, drivers are racing for a cause

Proceeds from the race, now in its 19th year, go towards Spina Bifida of Jacksonville. But racing teams have adopted causes of their own, including one local team. 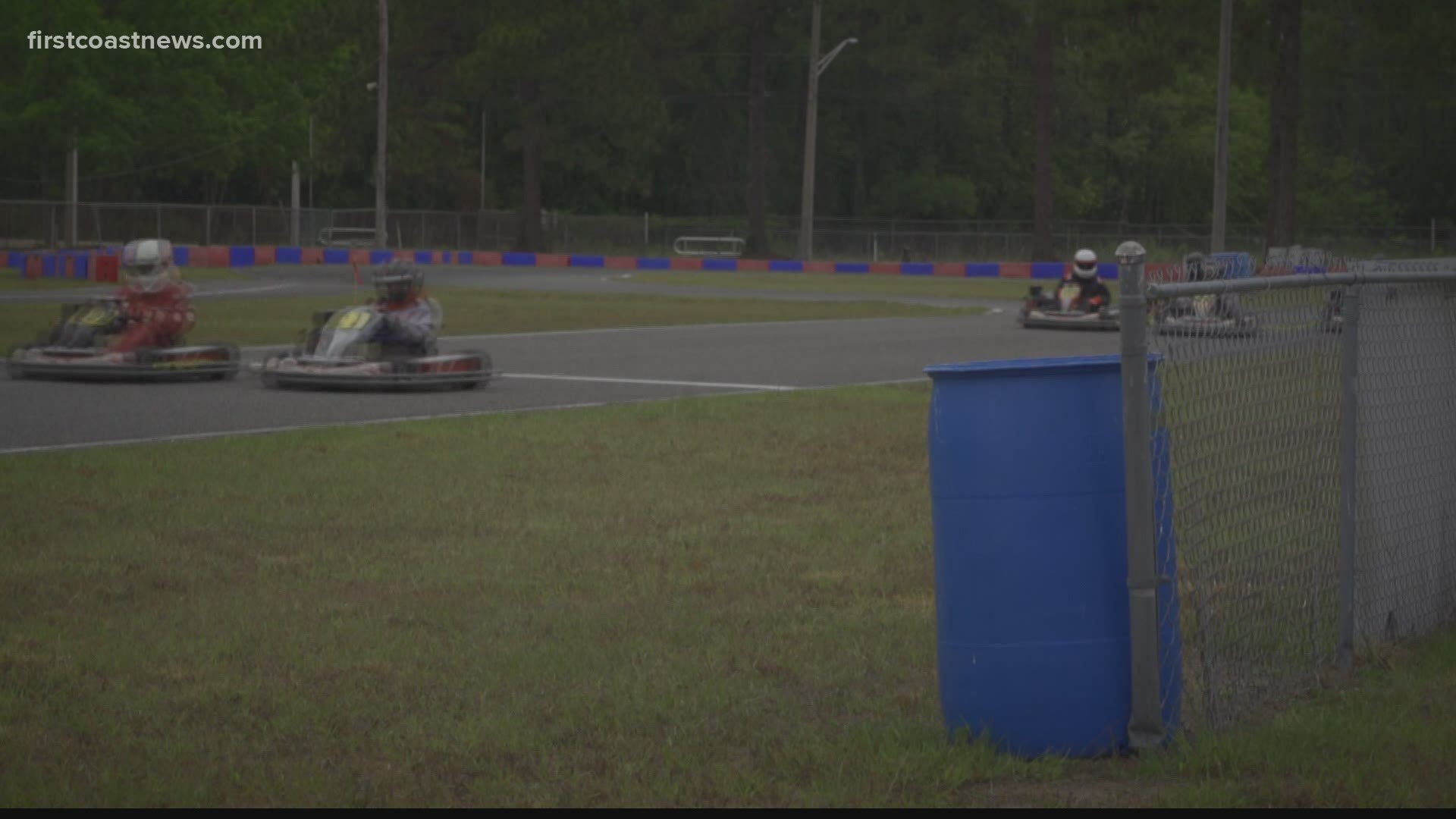 Now in its 19th year, the Jacksonville Grand Prix has become the largest fundraiser for the local, Spina Bifida of Jacksonville chapter each year, having raise more than $150,000 to date.

But that spirit of philanthropy has inspired many go-karting teams to take it a step further.

"There are so many great teams all throughout racing that support so many great causes,” former Jacksonville Jaguar Bryan Barker, the race’s promoter, said. “Spina Bifida is just one of them."

Jacksonville resident and longtime resident Bill Slupski is proof of that – and proof that it’s never too late to get in the game. Slupski had been racing with his son, Alex, for almost a decade before their racing team found its cause.

"Two years ago, my father in law had just passed away from Alzheimer's disease,” the elder Slupski explained. “So, when we were entering that race (the Simcraft 24 Hours of Orlando), we wanted to have more of a focus than just the race itself. We wanted to tie it to a charity effort."

With that, the “End Alzheimer’s Racing Team” was born. And it has been on the Slupski’s cars ever since – for 24 hour races, Endurance Kart races (like the Grand Prix), and beyond.

“While the [Grand Prix] is raising funds for Spina Bifida, we’re on the back end trying to raise funds and awareness for Alzheimer’s as well.”

The coolest part: they’re not the only ones racing for a charity each week.

“Bill's End Alzheimer's Racing? There are race teams that do that out of Virginia. And other states, too,” Chris McCoy, owner of Endurance Karting and the organizer of the Jacksonville Grand Prix explained. “[Racing] is a natural platform to get in front of people with money who can contribute. And it makes it even more fun to be a part of."

After all, the competitive juices are already flowing through these drivers’ veins; that energy can be diverted to fundraising with ease. But the Slupski’s support of the Alzheimer’s Association, for which they’ve raised more than $10,000, has also fostered a sense of community at each track they’ve visited.

"When we're at the race track, we have a lot of people come up to us when they see what we're doing. And they share stories about family members, friends, or others that have suffered from the disease,” Bill Slupski added.

Bryan Barker is one of those fellow drivers.

"I lost my father to Alzheimer's,” the former Jaguar punter explained. “It's fantastic to have another platform to bring awareness, to raise a few dollars, and have some fun doing it."

They’ve got a need for speed. “End Alzheimer’s Racing Team” even took home the checkered flag at the 19th Annual Jacksonville Grand Prix this weekend.

But, more importantly: they also have a need for helping others.

To learn more about End Alzheimer’s Racing Team and their support of the Alzheimer’s Association, click here.

To learn more about Spina Bifida of Jacksonville, click here.

More information on Endurance Karting, which runs ten other races across the country each year, can be found here.