Andrew Jackson Tigers hoping the third time is the charm

Andrew Jackson's basketball team is back in the state's final four 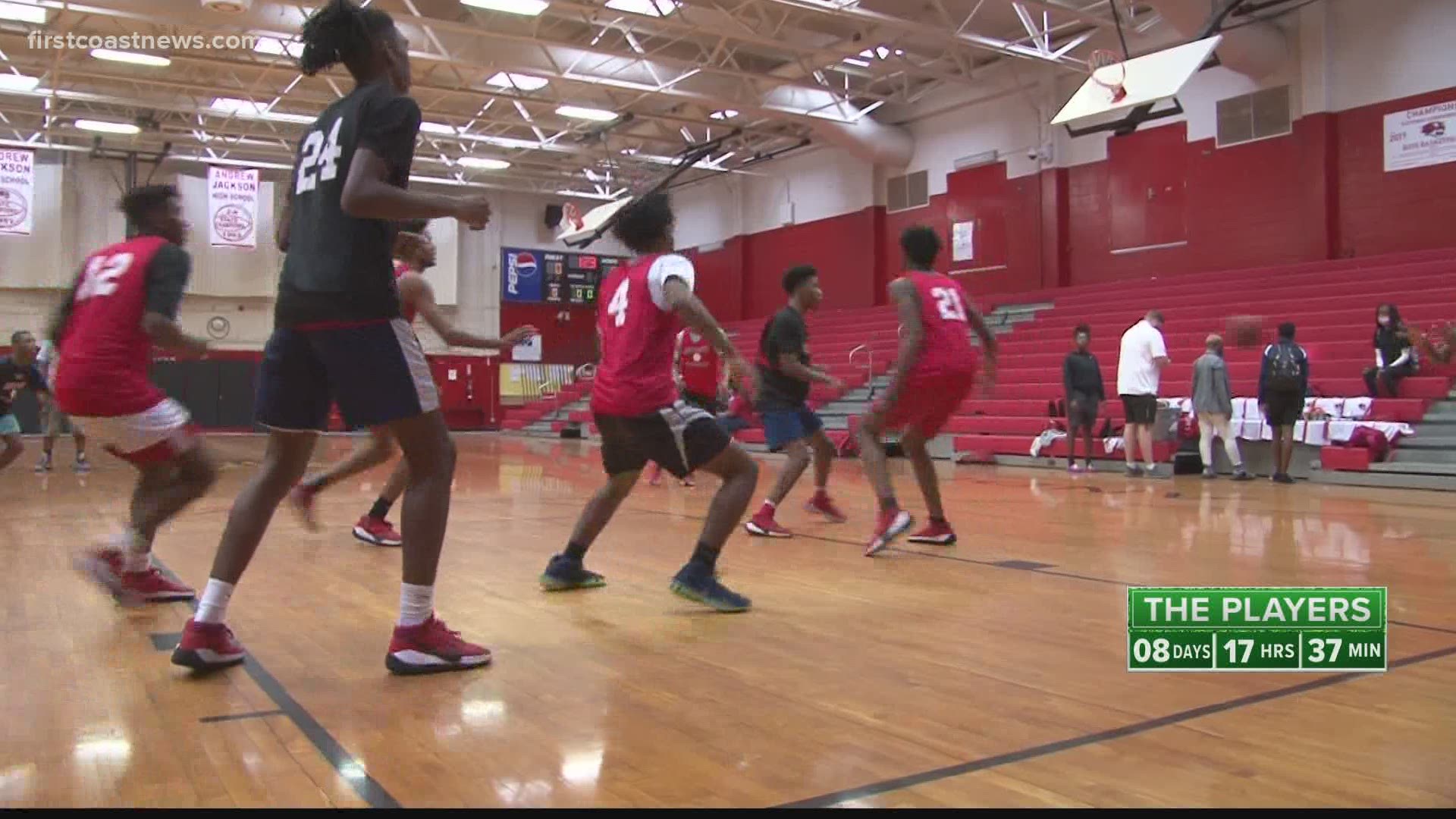 JACKSONVILLE, Fla. — The Andrew Jackson Tigers are back in the FHSAA boys basketball semifinals for the third straight year. The Tigers says they’re fortunate but not satisfied with returning to Lakeland. In fact, they want to add a 6th state championship to the rafters at their gym. The last two seasons the Tigers have lost in the state championship game.

“We let one get away”, says James Collins, Andrew Jackson Head Coach.

Winning it all is something coach Collins knows a lot about; he was the star of the Tigers 1993 state title team. A championship run his players say the coach rarely talks about.

“He said yeah he was the leader but at the end of the day everybody came and did their job. And that's why they were able to complete the task,” says Davin Daniels

This year’s team has 10 players returning from last year’s squad that lost in the championship game. This season they’ve faced all kinds of adversity, but they’re fueled by back to back losses in the state finals.

“We were in the position to win it, but we didn't come through with the victory. So getting this chance it means that much more. We've got to play as a team. Play defense, just play Jackson basketball. If we do that nobody can beat us.”, says Davin Daniels.

The Andrew Jackson Tigers will face Bishop McGaughlin Wednesday at 2pm in Lakeland.