Sixth Mason-Dixon Tournament title in program history is only the beginning for this young, Dragons squad 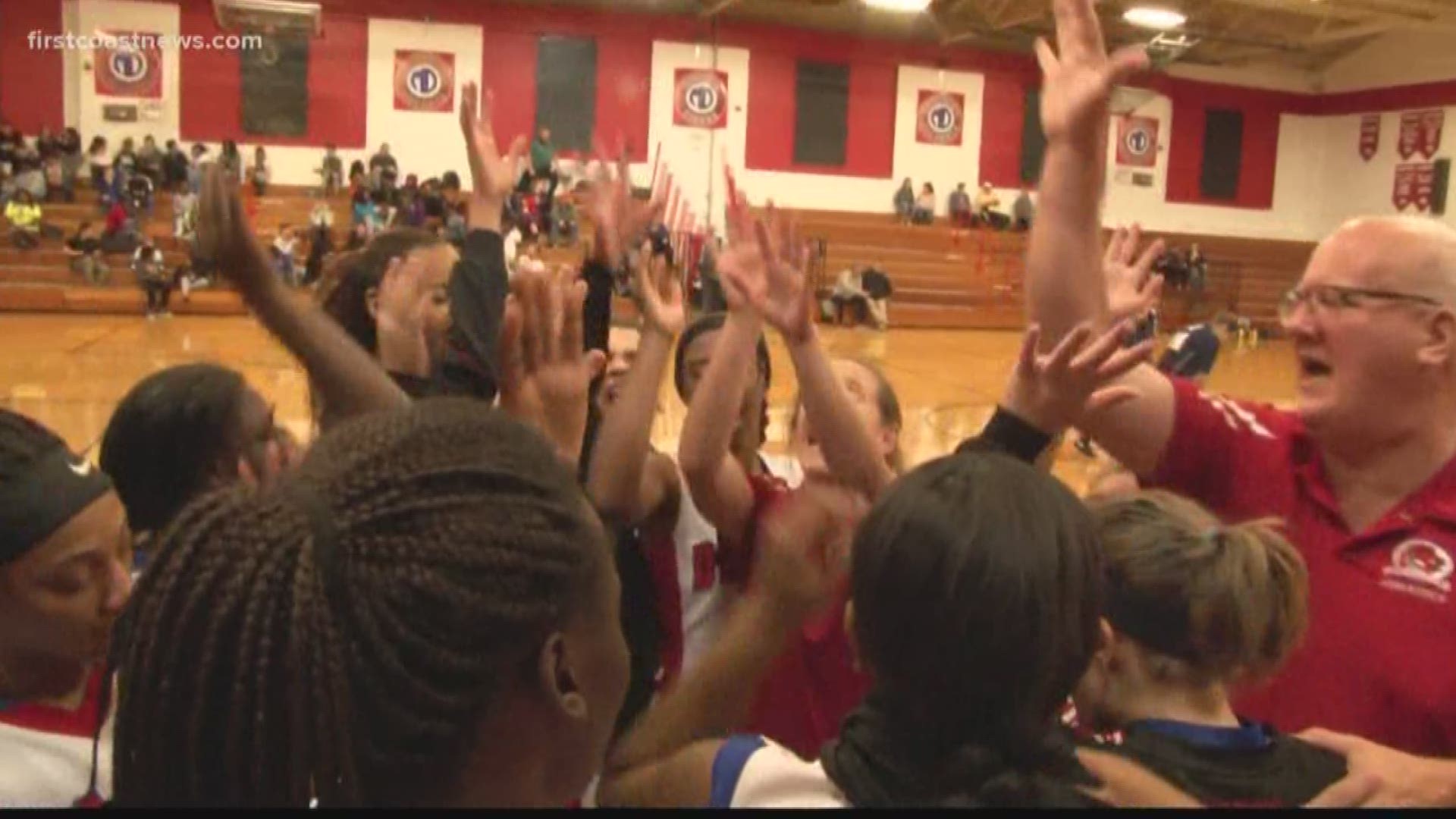 ST. AUGUSTINE, Fla. — Down in St. Augustine, the Dragons let their play do the talking.

"We can still work hard."

And that has been the message second-year coach Joy Moers has tried to impress upon her young squad -- and the lesson they've taught the rest of the region.

The Florida School for the Deaf and the Blind girls' basketball team went 9-17 in Moers' first year at the helm. There was not a single junior -- let alone a senior -- on that roster. The 7th and 8th graders and freshmen and sophomores that comprised that squad recognized their raw talent and potential. The challenge was to harness it the following year -- this year.

With their first win over nearby St. Joe's for the first time in decades, and close losses to much-larger Bishop Snyder and Providence, the Dragons knew they'd closed the gap.

"Last year we lost to those schools. And they would think 'eh, this year they're the same team,'" sophomore guard Shanna Coole said. "But no, really, we've improved. And we had to prove them wrong."

"St. Joe's -- their coach -- after the game, they came up and they were like 'wow! I was really impressed with your girls,'" Moers recalled. "They got respect from [St. Joe's] coach. And then Oak Hall's (who the Dragons played later this season) athletic director [said] they were really surprised we beat St. Joe's.

"You know they come into the Florida School for the Deaf and think 'they're deaf.' Or, I don't know what their opinion is, but they think maybe we can't play as well as a hearing school. But really, that's not true. These girls can. And they still have more years to come."

And, even if they didn't possess the natural, athletic ability to compete on the floor, the Dragons' spirit is contagious -- and overpowering. Despite taking third overall in last year's Mason-Dixon Tournament, FSDB won the "Sportsmanship Award."

"That's a big deal," Moers said. "It shows that you're cooperative as a team. That they have teamwork, that they have spirit -- on the floor and off the court. The girls have to feel that "connection" to have that sportsmanship. That's how they won the championship [this year]."

The Dragons control what they can control. Their hard work. Their dedication. Their spirit.

"Never give up," Harris added. "Never think of ourselves as lower than anybody else. But really work towards our goal! We are the same as everybody else."

The Florida School for the Deaf and the Blind (18-5) begins District play the first week of February as members of the FHSAA.