Opinion: Orange Crush proves Jacksonville still has work to do

Dozens of local businesses closed up shop completely during the festival because apparently, people are more scared of Orange Crush than they are of hurricanes. 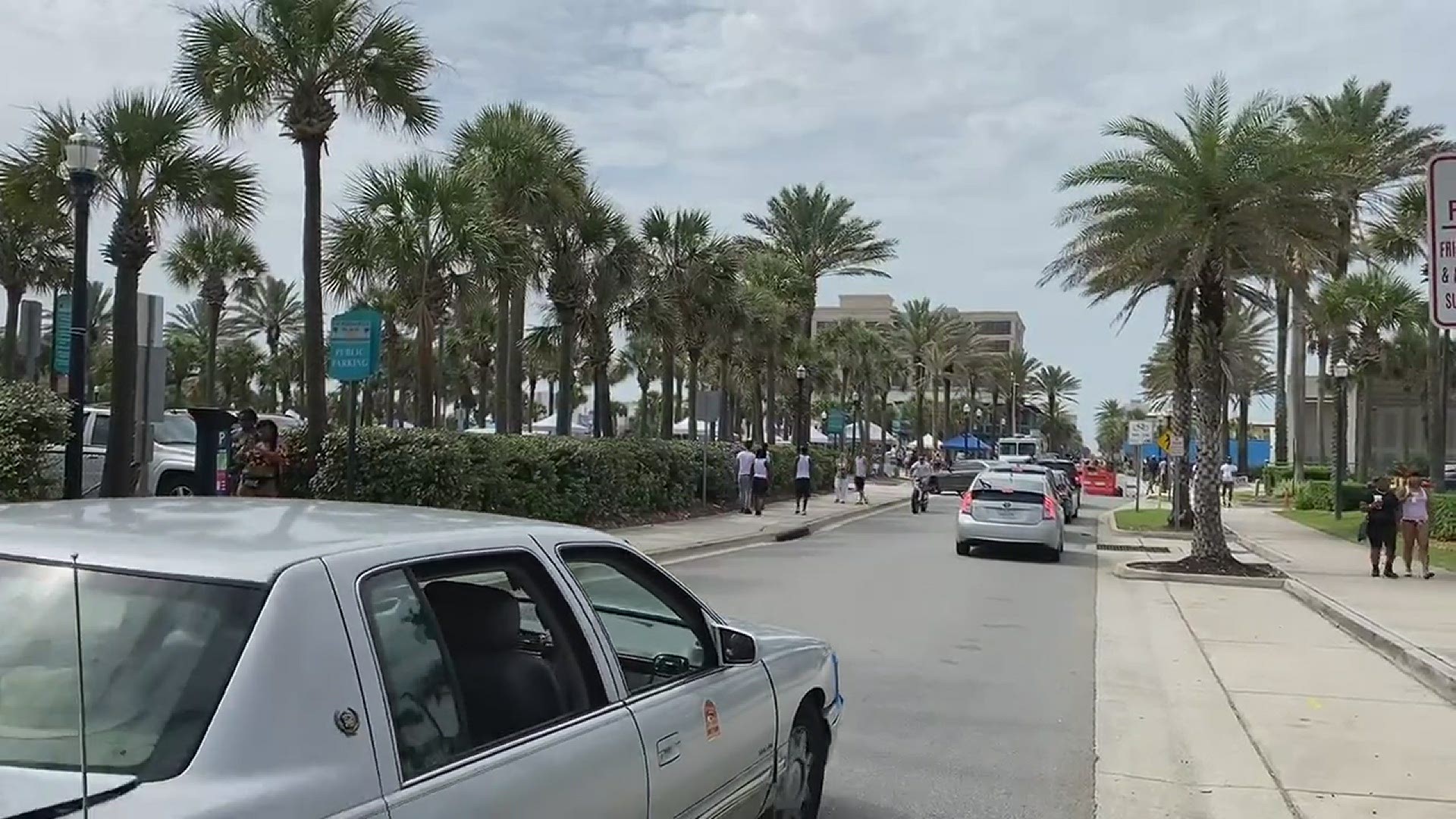 JACKSONVILLE, Fla. — (Editor's Note: This article has been corrected to show that Fly's Tie was not closed or at reduced capacity.)

I don’t know what’s higher this weekend. The humidity level or the racial tension in this city.

Friday night was the first night of Orange Crush in Jacksonville, a predominantly Black festival that was projected to draw thousands of people with events taking place all over the city but in particular, Downtown Jacksonville.

To that I say good. Maybe the events will force Jacksonville to remember that we actually have a downtown.

The festival moved to Duval County after taking place on Tybee Island's beach near Savannah for years. Organizers said they relocated to Jacksonville due to "civil rights violations and political injustices".

Hotels booked up quickly in the area but instead of welcoming the added economic boost to a community still healing from the impacts of the COVID-19 pandemic, the Jacksonville Sheriff's Office moved inmates to make additional room in the jail.

Dozens of local businesses closed up shop completely because apparently, people are more scared of Orange Crush than they are of hurricanes.

One of those businesses included the restaurant inside the newly opened Margaritaville Hotel in Jacksonville Beach.

An employee told First Coast News that the restaurant didn't have enough staff to run it safely during the festival but had no problem serving up cheeseburgers in paradise the weekend prior during the SeaWalk Music festival.

Other businesses including Pete's in Neptune Beach and Time Out Sports Grill also closed during at least one day of the festival. Others are operating at reduced capacity,

As if forfeiting thousands of dollars in potential profits wasn't enough of a long-term loss, then let the sting of peaceful streets and empty jails echo loudly in your shuttered businesses.

Community reactions to the announcement of the festival being brought here ranged. While we can't count out the ones that were actually excited about the festival coming here, there were others who did not share the same enthusiasm.

"Why here? Tell all them to go home"

"Have a reputation of being rowdy/lawless and you're going to find it hard..."

Jacksonville Sheriff's Office spokesman Christian Hancock sent out a statement Friday assuring that local leaders "have been working together to prepare for the Orange Crush Festival, the first large-scale event without participant restrictions since the start of the COVID-19 Pandemic."

Why the big community hubbub, extra law enforcement, transfer of inmates and shuttered businesses for Orange Crush and not these events?

Because it's easy to do when nobody sees it as a problem.

Jacksonville has work to do.