KINGSLAND, Ga. — Star Trek is a show with a very loyal following. It has inspired multitudes of spin-offs and fan films. In Kingsland Georgia, an unassuming warehouse will take you aboard the starship enterprise. And this weekend you can come see it for yourself.

Trekkies always have a story of how the show inspired them or brought back fond memories. For me, I remember watching the show with my uncles. Curled up on the floor, imagining my life among the stars. For the owner of Neutral Zone Studios, Ray Tesi, owning this soundstage is a dream come true.

Vic Mignogna is a voice actor and film-maker. He had the idea to build a Star Trek set and combine his skills with his passion.

"When I was a little boy, about 9-year-old, I discovered the original series of Star Trek and I would rush home every day from school and watch it on a 19" black and white television," Mignogna said. "Nothing had ever inspired me like that. And so I started doing things at 9 and 10 and 12 years old that I now do professionally."

So in 2012, they built the sound stage from the original blueprints with 20 to 30 volunteers. That next year, they started filming.

Star Trek Continues debuted on YouTube in 2013. The first episode is called, Pilgrim of Eternity. It is a sequel to an original series episode about the Greek God Apollo. They were able to get Mike Forrest who played Apollo 55 years ago to reprise his role.

"Since then we've had a lot of amazing guest stars from almost every different pop culture series," Mignogna said. "Doctor Who, Star Wars, that's right! you can love Star Wars and Star Trek both, they're not mutually exclusive. Battlestar Galactica, Buffy, Farscape, The Incredible Hulk, The Expanse, Buck rogers, on and on. The funny thing is that all of them, turns out when they were kids they were Star Trek fans."

They filmed 11 full episodes and 3 vignettes. After shooting wrapped, Mignogna wondered what would happen to the set. The parts weren't very mobile and would be damaged is disassembled. Then he got a call from Ray Tesi.

"I walked in the door and I was just dumbfounded," Tesi said.

He decided to buy the whole kit and kaboodle, and now, it's all about the fans.

"The people who come here, obviously it's for the love of star trek.," he said. "We want to have them have the same experience that I had when I was here, that people like Vic had you know when he put together the construction."

In Kingsland Georgia, an unassuming warehouse will take you aboard the Starship Enterprise.

1 / 10
Abigail Curran
Star Trek is a show that has a very loyal following. It has inspired multitudes of spin-offs and fan films. In Kingsland Georgia, an unassuming warehouse will take you aboard the starship enterprise. And this weekend you can come see it for yourself.

So, would you like to step on the bridge? Maybe sit in the Captain's chair? Well, you can get the chance this weekend.

It's FAW-lloween Trektacular at The Neutral Zone! You can meet cast members, get a tour of the soundstage and even have a professional photographer take your picture for the full beaming experience.

The event is free, but organizers are asking for donations to keep the studio open for many years to come. A GoFundMe page has been set up, which will help fund set repairs, new designs and fan films. 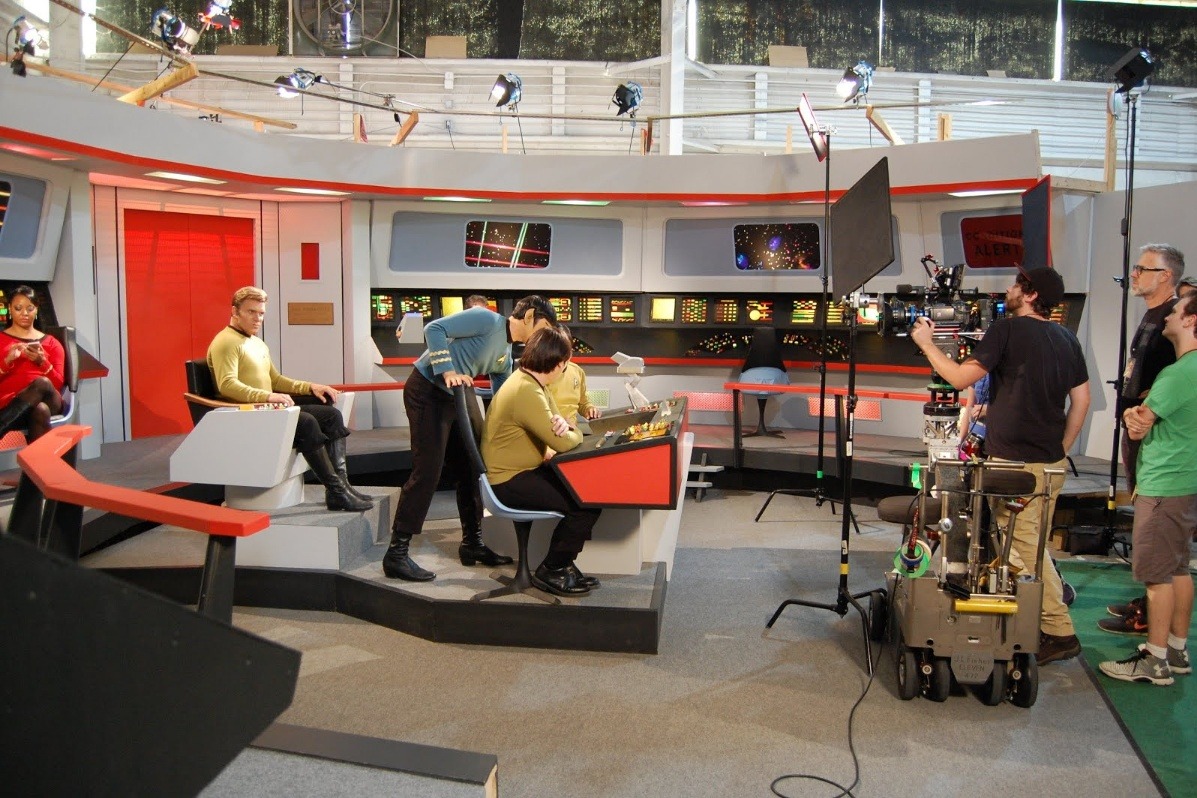 Click here to support NEUTRAL ZONE STUDIOS: Help keep the dream alive! organized by Ray Tesi
The USS Constitution has put in for repairs at Starbase 9 in the Kingsland sector.