Why was Officer Tim James still on the street before beating arrest? 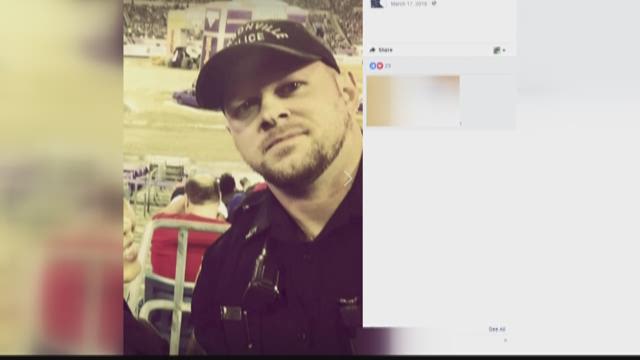 In April, Officer James spit at a man with mental health issues. In May, he hit and killed 63-year-old Blane Land with his squad car. On Saturday morning, the officer was arrested for beating a teenage suspect in handcuffs.

All three incidents that involved Officer James will be investigated as separate incidents, according to Baughman.

"They're not going to take them collectively and view them as one, that doesn't mean that they don't look at him personally as an officer and take into consideration his work record and eventually make an assessment overall," he said.

One of the bigger questions posed by the hit-and-run victim's sister was this: Why was Officer James still on the street after the fatal crash in which he was placed on administrative leave?

"They felt like he was suitable to go back out on the street, someone made that determination and I'm sure they came and talked to him and maybe have interviewed him and talked to him at length about what his state of mind was," he said.

On Monday morning, the charges were dropped against Daniel Nyman, the man who Officer James spit at outside UF Health. Nyman had been charged with battery of a law enforcement officer.

Baughman said he's not shocked and believes the decision was probably appropriate. He believes JSO likely took into account that Nyman's mental issues.