“What ever happened to Home Ec?” Millennials struggling with home and nutrition skills

These classes don’t just focus on culinary skills, but teach much more. 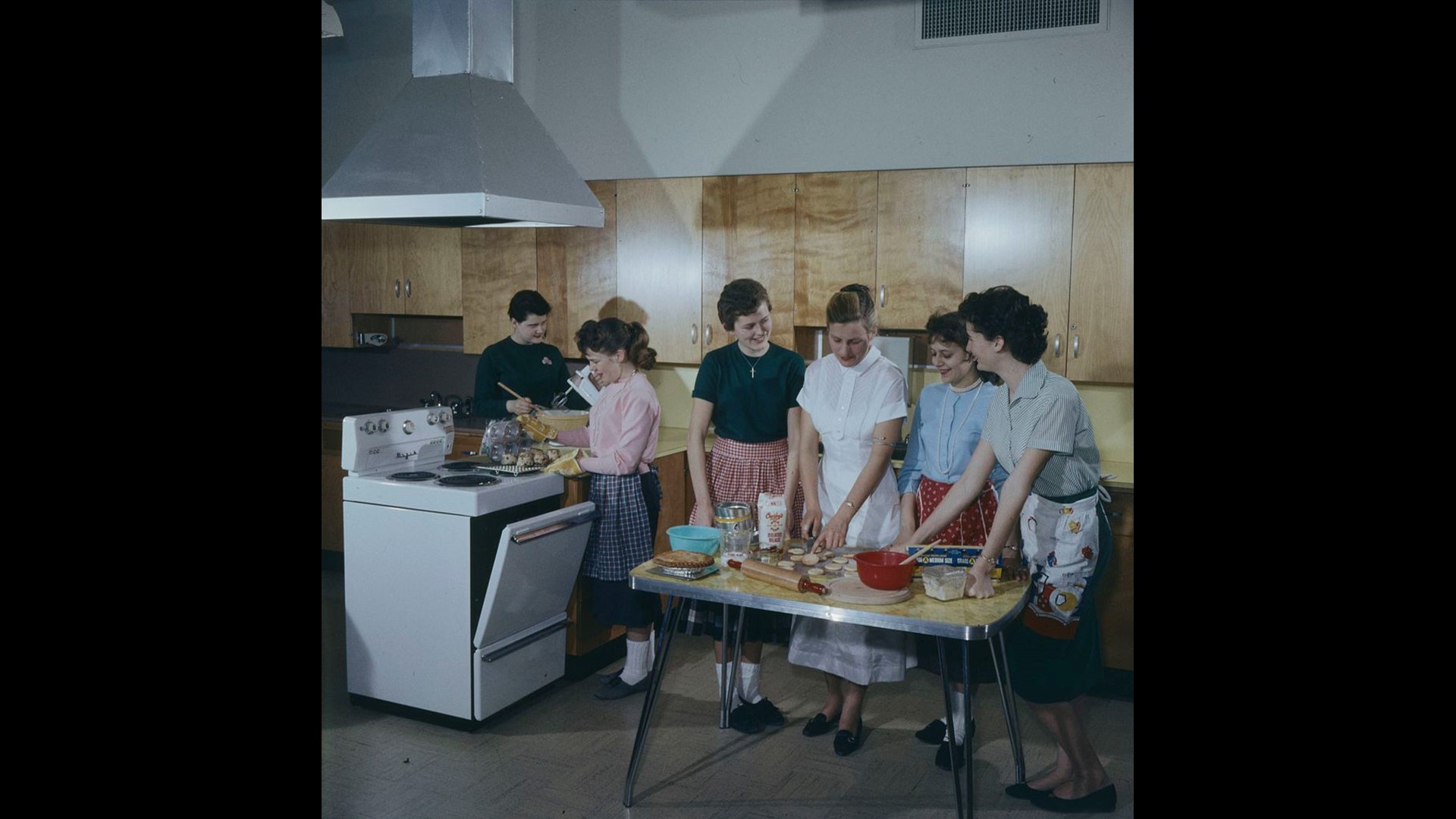 When someone mentions home economics, the visual image that comes to mind for many is probably one that’s similar to this: the stereotypical all female class, circa 1950’s, aprons on, and a curriculum that’s all about cooking.

The value of Home economics courses seems to have been lost on the public school systems of today.

Home Economics classes , also known as Domestic Sciences or Family and Consumer Sciences since the field’s rebranding in 1994, have been on the decline for decades, and as a result have left a major gap in the number of qualified instructors.

These classes don’t just focus on culinary skills, but teach much more.

We met up with Bekah DeWitt, a Dietician and Nutritionist from Nutrition, LLC in Huntsville, who told us more about the effects of the lack of instruction. She says, “It used to be… you went to your Home Ec classes and you learned the basics of cooking. They don’t do that anymore. I didn’t have any Home Ec class that I took in high school, and I think that’s unfortunate.”

Teens can lower their risk of becoming overweight and lead a healthier lifestyle by improving their nutrition knowledge and attitudes towards healthy living. A lot of times that can come from learning how to safely prepare healthy meals, perform household tasks, problem solve and learn things like how to correctly write a check, or pay a bill, sew on a button, or how to even do your own laundry.

These are things that millennials apparently struggle with,  a survey released by Poundland.co has gained international attention. The survey polled 2,000 millennials in the UK and claims that ¼ of them don’t know how to correctly boil an egg.

Now, millennials have a pretty controversial reputation when it comes to certain aspects of “adulting”. But this lack of understanding isn’t necessarily their fault. According to a study done in 2012 there were only 3.5 million students enrolled in FCS secondary programs, a decrease of almost 40 percent over the course of a decade. These programs are dwindling in numbers, mostly due to budget cuts, an emphasis on standardized testing and a shift in priority.

Millennials cook their own meals only 13.5 times per week, with almost 20 percent of meals coming from frozen or prepackaged foods.