Eldina Kovacevic was conducting an engagement shoot for a couple when a deer did a deer thing--and crept into photo session. 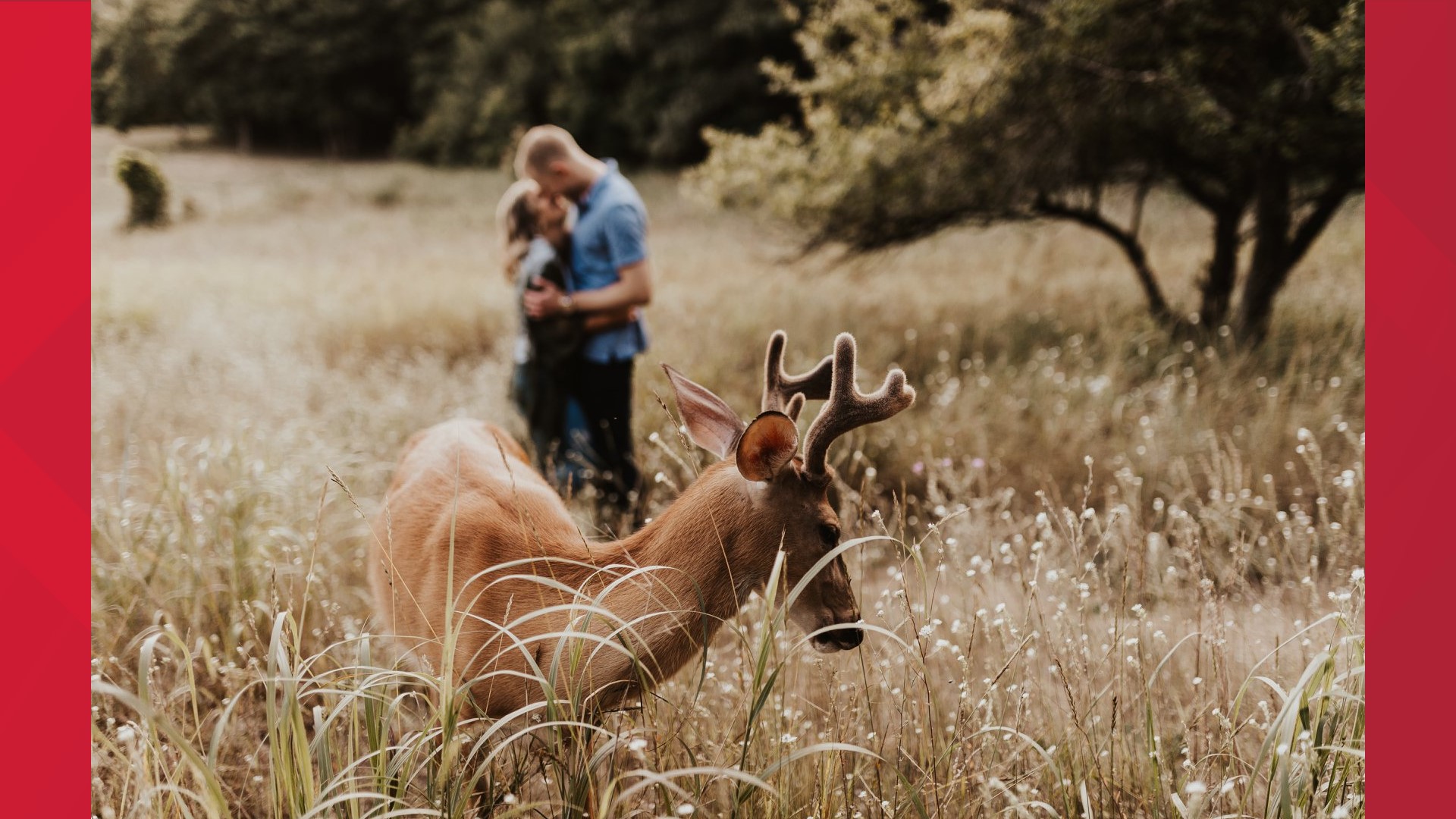 Yes, it's another story about an engagement photo session interrupted by wildlife. Seriously, if you're taking pictures in the great outdoors--animals can happen, as it does from time to time. We call it photobombing, they call it home!

The latest excellent photobomb adventure is in Saugatuck, Michigan. Photographer Eldina Kovacevic, owner of Inna Kova Photography, was conducting an engagement shoot for a couple when a deer did a deer thing--crept into the photo session.

She said she tried to warn Dori and Austin as the deer inched closer and closer. Kovacevic did a photographer thing-- and kept snapping photos to include the animal. The deer was friendly, however.

"It's a wild animal and they remained a bit nervous as they included it in the photos," said Kovacevic.

"The deer literally came up toward the back of the couple and sniffed Austin's shirt walked passed them and kept eating the grass," Kovacevic said. It's not like they were invited into the deer's house while it was eating dinner.

At the end of the day, all ended well and there's another viral post for us to share of a deer doing a wildlife thing--waltzing into a photo shoot. It's really a story of man versus nature. It's in that innocent moment humans and wildlife cross paths while we're living our best life.