The Key West station reminded others to not drink and boat. 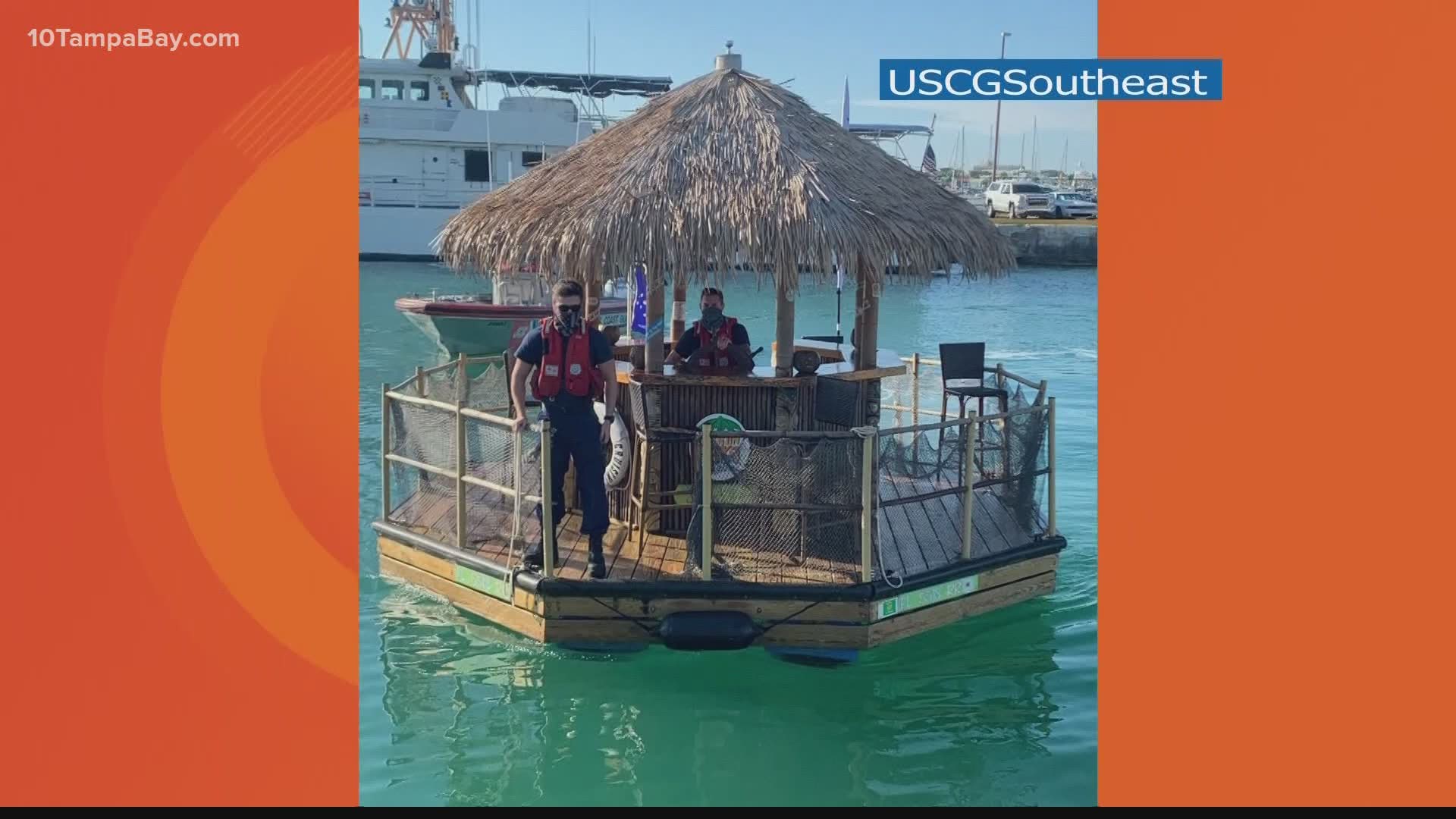 KEY WEST, Fla — Some U.S. Coast Guard Station Key West crew members had an interesting assignment Wednesday when they had to track down a stolen tiki hut boat.

The prized possession was recovered in the Hawk's Channel area; crews did not indicate how long the boat had been reported stolen ahead of its recovery.

According to the USCG, there was a person aboard the boat when it was recovered who showed signs of intoxication. They were taken into custody by the Florida Fish and Wildlife Conservation Commission.

In a tweet, that station reminded others to not drink and boat.