The homeowner found Wendy Kaufman inside the home "actively drinking coffee." She had also made herself eggs for breakfast, according to the sheriff's office. 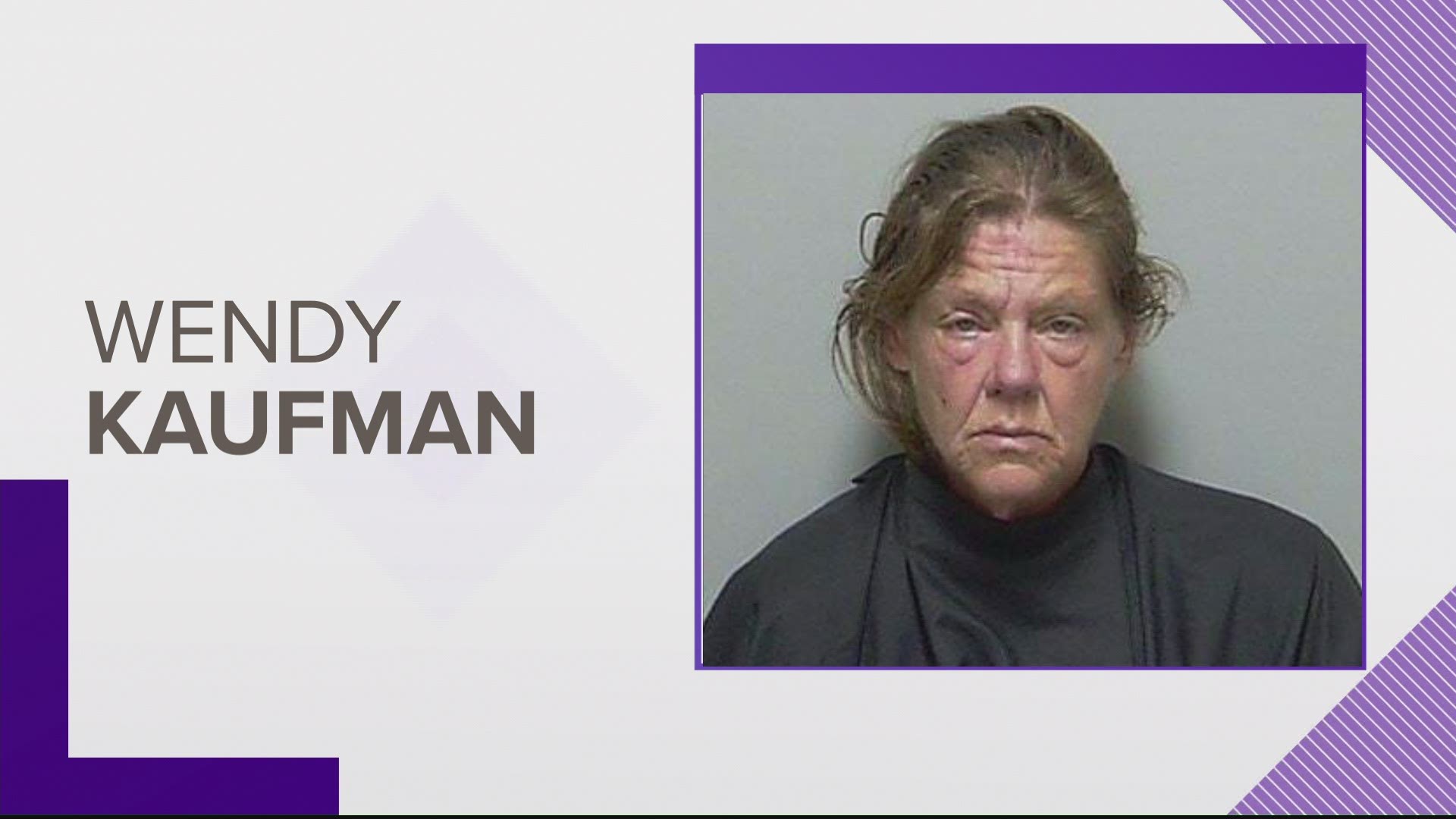 INTERLACHEN, Fla. — A Florida woman is behind bars after investigators say she broke into an Interlachen home where three children were sleeping and helped herself to coffee and eggs.

The Putnam County Sheriff's Office said in a Facebook post that deputies were called to the home on Saturday morning after the homeowner said a woman broke into her house and was drinking coffee.

The homeowner had gone to work that morning, leaving her three children age 16, 10 and 7 asleep, the post says. When the 16-year-old woke up, she called her mom around 9 a.m. and told her there was a woman in the kitchen.

The homeowner returned from work and found Wendy Kaufman inside the home "actively drinking coffee." She had also made herself eggs for breakfast, according to the sheriff's office.

The homeowner told Kaufman to leave, and she told the woman she would not go "without her daughters," referring to the children in the home, the sheriff's office says. However, Kaufman has no family connection to the homeowner, according to investigators.

Kaufman went outside and waited on the porch for deputies to arrive. She was arrested and charged with burglary of an occupied dwelling.

"She was taken to the Putnam County Jail and held on $5,000 bond where she is receiving breakfast, lunch and dinner," the sheriff's office Facebook post says. "No word on how she likes her eggs."