Cows unfettered by sprinklers, car alarms as they wander neighborhood on Jacksonville's Westside

The resident on camera said she turned her sprinklers and car alarm on, but the cows did not react. 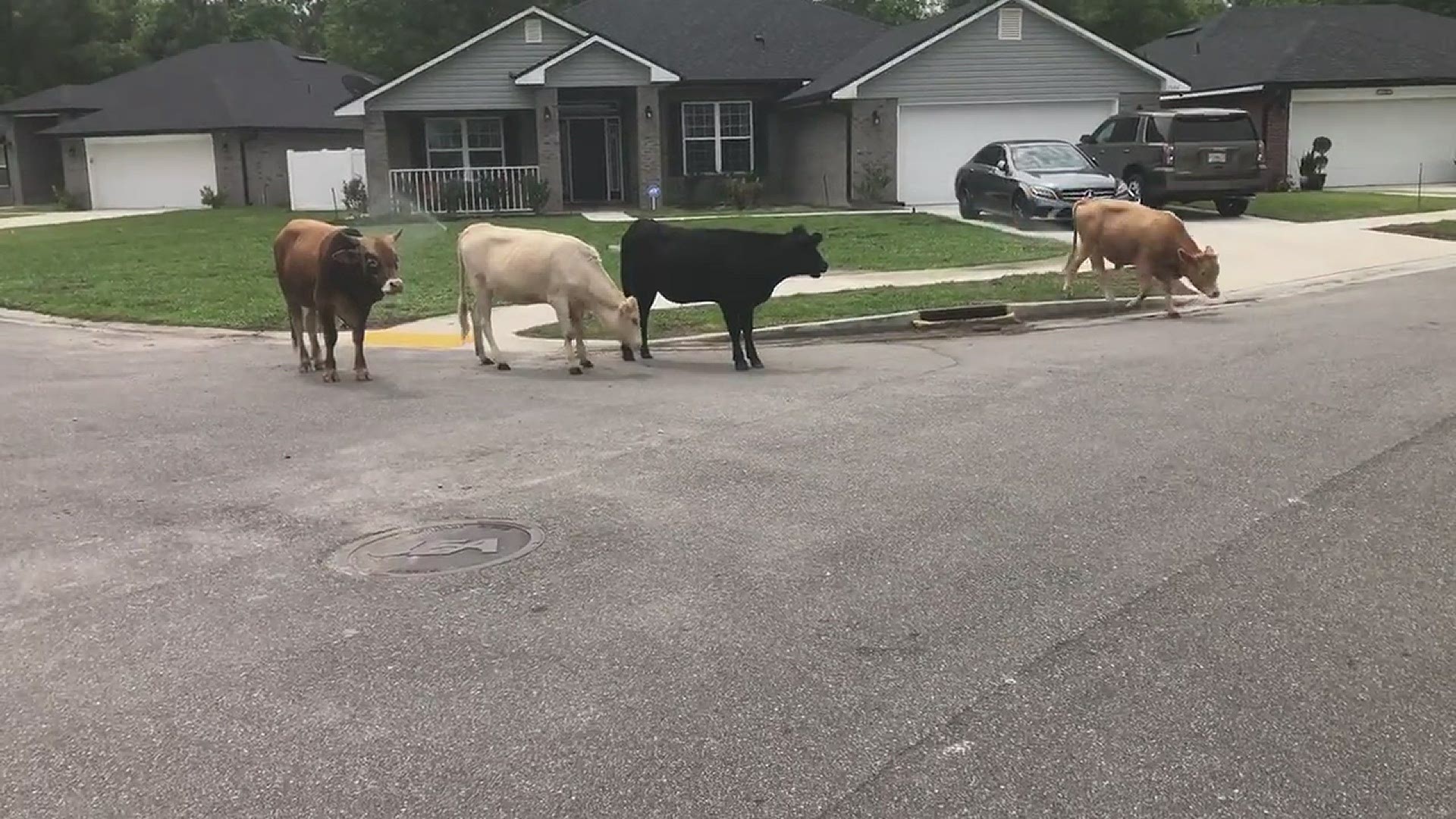 JACKSONVILLE, Fla. — A kine of cattle is getting a lot of attention in a residential neighborhood on Jacksonville's Westside.

Four cows are wandering down Zain Michael Lane. One neighbor tells First Coast News she turned her sprinklers and car alarm on, but the cows did not react. They did stop to get a drink from the sprinklers.

Jacksonville Fire Rescue Department said they did not receive any calls regarding cow activity in the area, but while First Coast News was in the neighborhood, a Jacksonville Sheriff's Office car pulled up.

It is unclear where the cows came from. But, Jacksonville has a long history with cows. Its original name was Cowford, with cattle serving as the state's original industry before citrus and tourism took over as the major source of income for Florida.

RELATED: Cops corral cow off I-285 in Georgia

RELATED: FHP: Cows run loose on I-75 in Sumter County