In Minnesota, it is less common to see a defendant in handcuffs than to see one without during a jury trial. 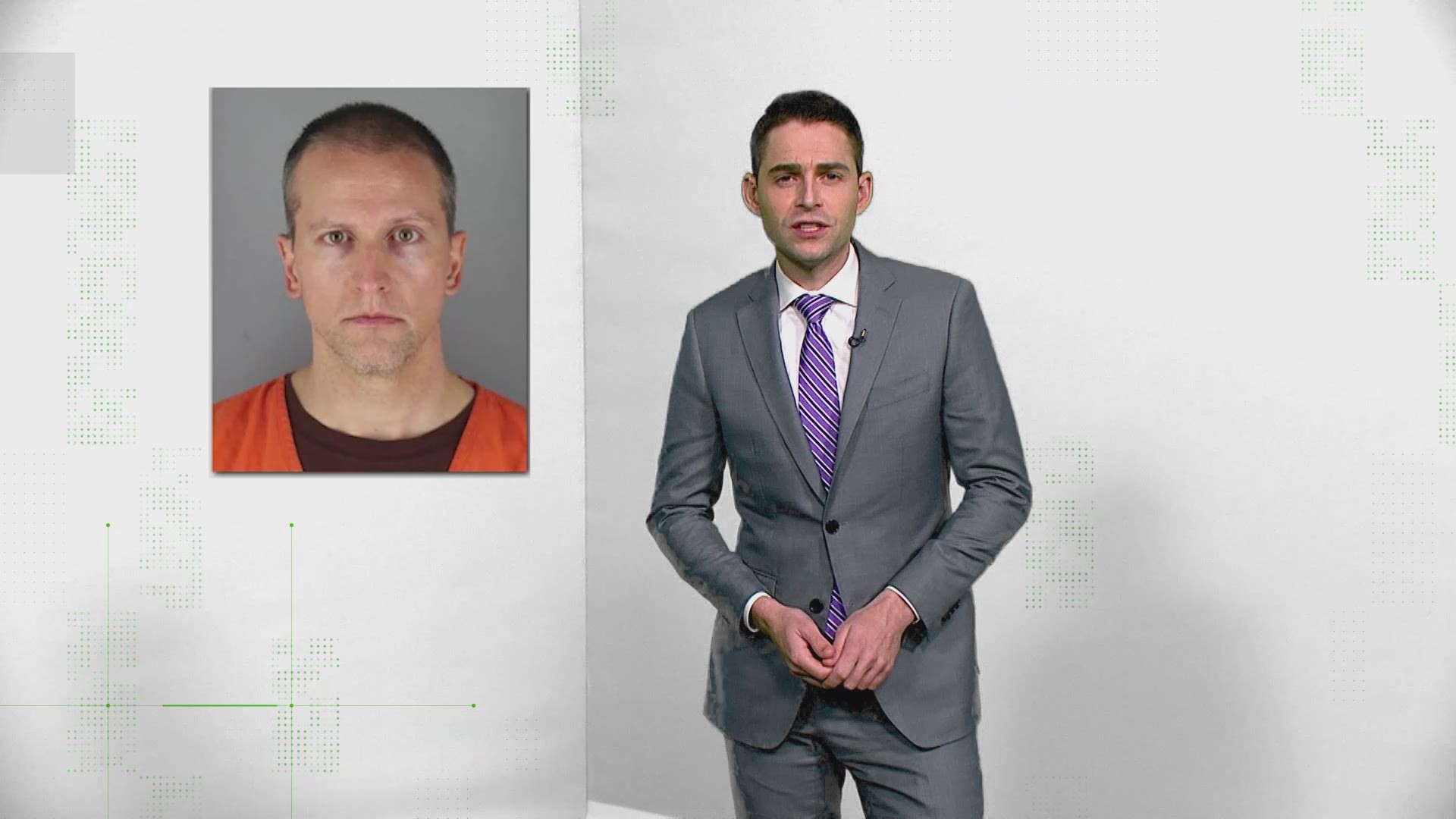 The trial of former Minneapolis police officer Derek Chauvin for the death of George Floyd is one of the most closely-watched criminal trials in recent U.S. history. The trial is being broadcast live to the public for the first time in Minnesota history.

Chauvin is facing charges of murder and manslaughter for Floyd’s death, but he is not wearing handcuffs in court during the jury trial.

A viewer named Claudia reached out to VERIFY, asking why Chauvin is not handcuffed in court.

Why isn’t Derek Chauvin wearing handcuffs in court during his trial?

Minnesota state law does not allow defendants to appear in handcuffs unless they are a threat in the courtroom.

Minnesota’s criminal procedure lays out the rules and rights for defendants in the courtroom. According to rule 26.03, the defendant is not allowed to appear in prison clothes and, “during trial, the defendant must be seated to permit effective consultation with defense counsel and to see and hear the proceedings.”

This is why Derek Chauvin can wear a suit in court and sit next to his lawyer, Eric Nelson.

According to Minnesota’s criminal procedure, the defendant doesn’t have to wear handcuffs in court unless the court “finds the restraint necessary to maintain order or security” and “states the reasons for the restraints on the record outside the hearing of the jury.”

The decision to keep a defendant out of handcuffs is standard procedure and a part of a defendant’s right to a fair trial, according to Rachel Moran, a law professor at the University of St. Thomas Law School in Minneapolis.

“It is easier to presume someone is guilty if they are in chains, or if they are in jail or prison attire. And so courts don't let those things happen,” Moran said.

In this case, the court hasn’t ordered any restraints for Chauvin, who was released from jail last October after posting $1 million bond.

“The protection he receives is actually the same as every other murder defendant,” Moran said. “Unless they're showing that they're physically a threat in the courtroom, the judge cannot handcuff someone.”

In rare situations where the defendant might need to be handcuffed, Minnesota’s criminal procedure rules say, “If the restraint is apparent to the jury, and the defendant requests, the judge must instruct the jury that the restraint must not be considered in reaching the verdict.”