Verify: Where is your GoFundMe donation going? 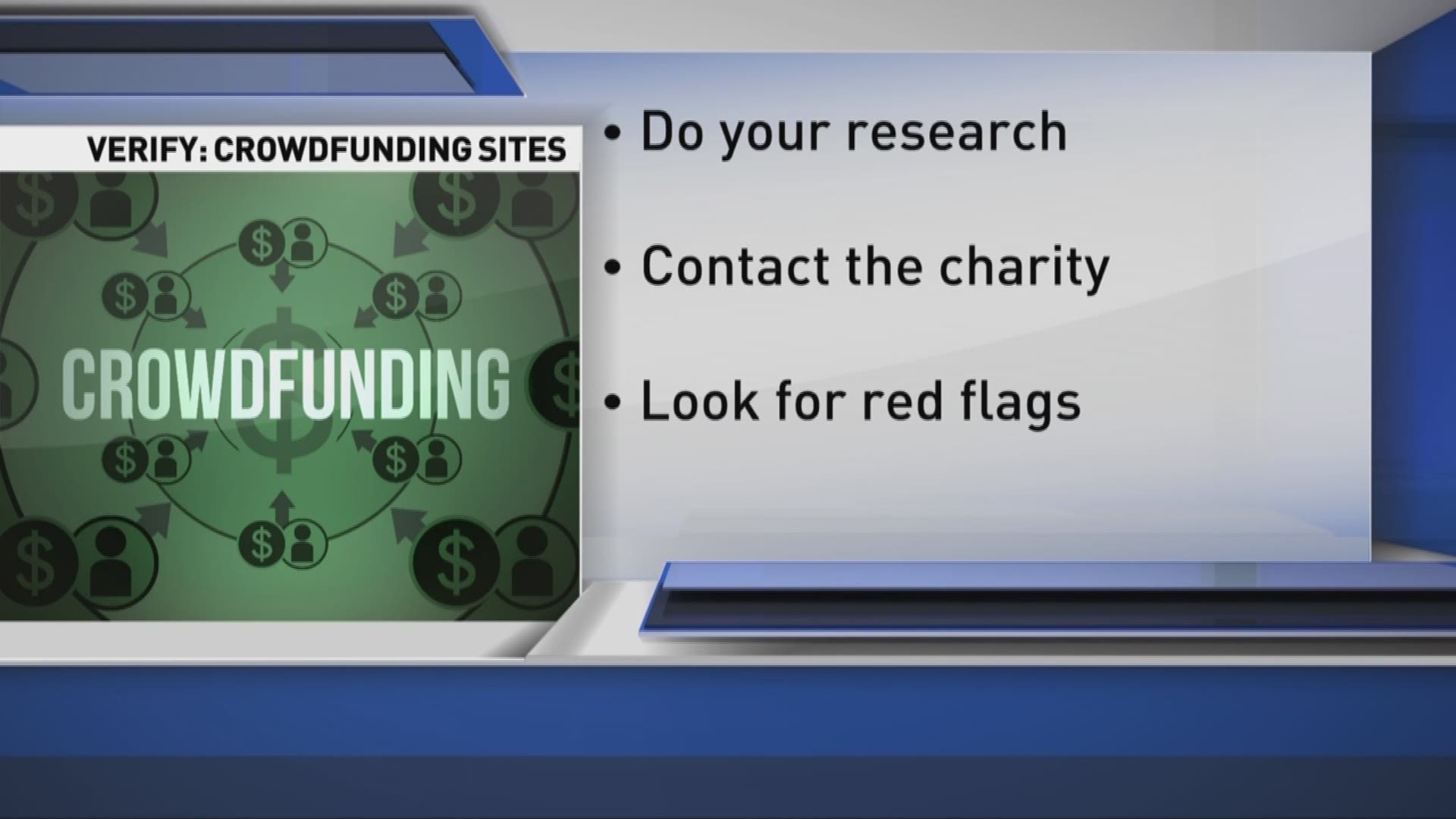 Recently, there’s been confusion over GoFundMe accounts created for the victim of Cleveland's Facebook video murder.

“If you see an account out there in the name of Mr. Godwin please, at this time, do not contribute to that account.”

However, in a statement, GoFundMe representatives say they will make sure the money raised will go to the proper people.

“We have spoken with the GoFundMe campaign organizer, members of the family, and local authorities,” said Bobby Whithorne in a written statement to WKYC. “We’ll guarantee the money will be deposited directly into the family’s bank account.”

But a quick check of GoFundMe’s website shows there are multiple accounts set up using Godwin’s name.

“Regardless, all funds raised for the Godwins will be transferred directly to the family,” explains Whithorne.

So, when it comes to crowdfunding sites in general, like GoFundMe, how do you ensure your money is going to the right place?

"Sometimes people haven’t read the fine print and they’re not getting the product delivered to them that they thought they were going to."

“We also had a complaint from a charity where somebody had set up a crowdfunding site for them yet they had not given them permission to do so nor had anybody on their board of trustees.”

Here are three tips to help you decide how to donate:

“But if there’s something out there that doesn’t feel right or seems like it’s a red flag dig a little deeper or maybe give in another way, other than using a crowdfunding site,” says Gillcrist.

WKYC also checked with the Cuyahoga County Prosecutor’s Office and we were told the Economic Crimes Unit successfully prosecuted a case where a local DJ was sentenced to prison after embezzling more than $7,000 from funds raised through a GoFundMe account.