VERIFY: There is no link between past wireless technology upgrades and disease outbreaks

The VERIFY team has examined a claim that 5G upgrades are related to the coronavirus pandemic. 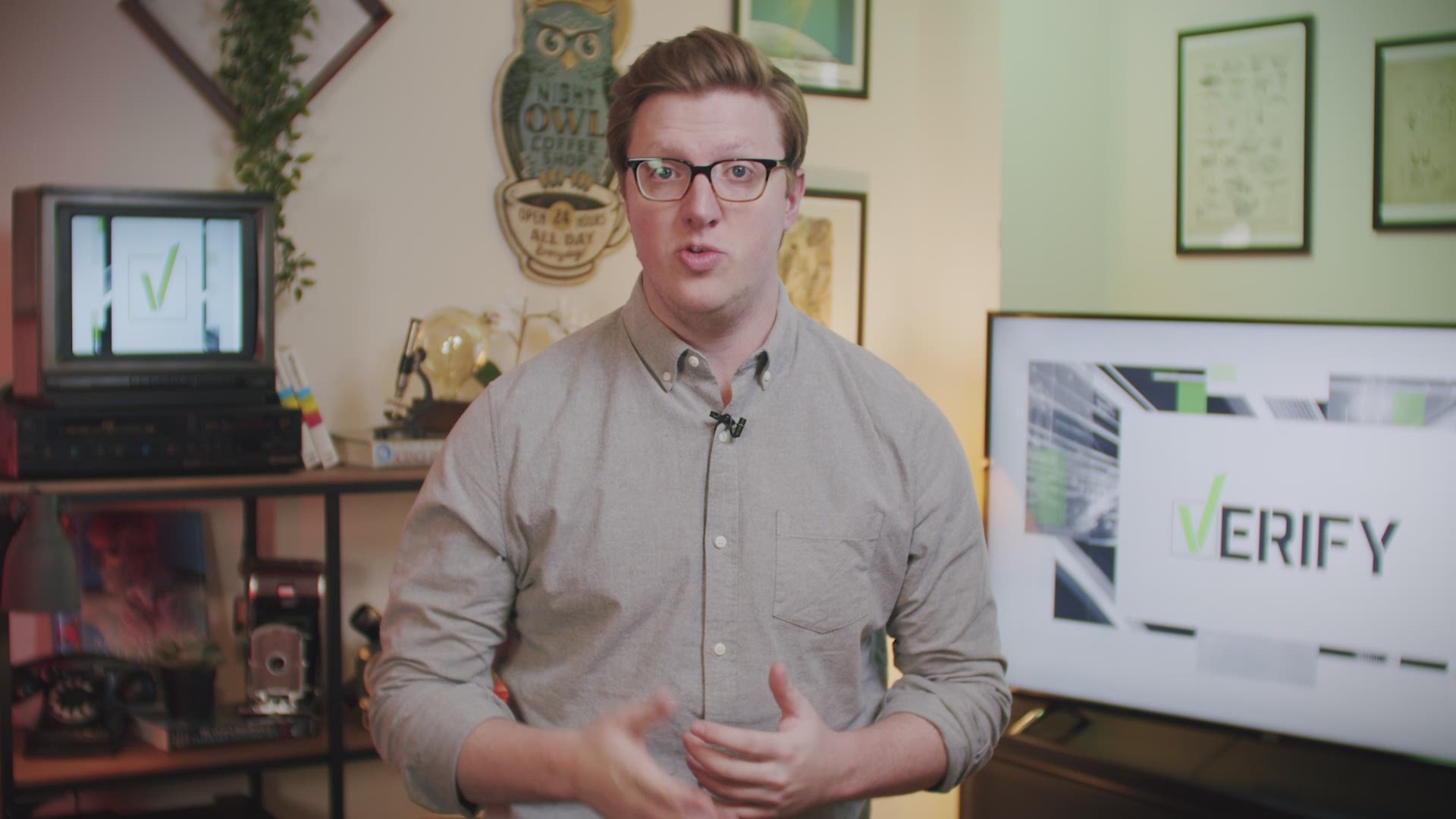 It’s no secret that people have been linking the spread of COVID-19 with 5G. Despite the lack of evidence to support them, the claims became amplified by celebrities.

Some people have tried to point to the release of previous wireless technology and the spread of respiratory diseases in an effort to further support those claims.

RELATED: VERIFY: No evidence to support Woody Harrelson's claim that 5G and COVID-19 are linked

For example, the meme above gets a number of things wrong and relies on heavily cherry-picked data to make a false argument.

Are there major respiratory disease outbreaks every time there is an upgrade to the world’s "electromagnetic field?"

The image gives definitive years for when new generations or “Gs” were adopted. The reality is that the years are vague and these technologies often overlapped as they were rolled out.

Even if upgrades to these wireless waves helped spread respiratory diseases, you would see the outcome every year as opposed to just when they’re upgraded.

So let’s break this down step by step. First, that the introduction of radio waves caused the Spanish flu of 1918.

There isn’t one date when radio waves were introduced, their usage and spread increased over time and onto new platforms. The Federal Communications Commission or FCC says the first public demonstration of radio was in the 1890s and the first program to transmit speech and music was in the 1900s. Federal regulation of American airwaves began in 1912, which suggests the public used radios and was exposed to radio waves by that time.

So the years don’t quite add up for the first claim.

The exact introduction of the various cellular technologies is about as murky as it is for radio waves. Each generation was released at different times in different countries.

An IT company from Belgium chronicled the history of wireless technology upgrades. They say, yes, 1G was first introduced in Tokyo in 1979. However, it didn’t cover all of Japan until 1984 and the first 1G operations in the U.S. weren’t approved until 1983.

So the year does match up if we’re talking about an American epidemic spread in 1979. Even so, while the 1979 seasonal flu had been called a “major epidemic” by the Centers for Disease Control and Prevention at times, the virus, even back then, was believed by the National Institutes of Health to affect young people more because older generations built up immunity through a similar flu outbreak decades before. It’s hard to imagine that would be the case if the infection was being spread by an outside factor.

So, the claim linking a 1979 influenza outbreak to 1G doesn’t hold up.

The next part of the claim links a 1991 cholera epidemic to 2G.

First of all, cholera isn’t even a respiratory illness, contrary to the meme’s implication saying “it messes people breathing up.” The CDC describes cholera as an “acute, diarrheal illness,” and none of the CDC’s listed symptoms include respiratory problems.

3G was launched well after the year listed in the meme -- it actually first activated in 2001. The CDC lists both 1998 and 2001 as years with moderate seasonal flu outbreaks. It’s also worth noting that when it launched, 3G was the strongest and fastest generation of wireless technology to date. Yet, the sicknesses the claim links to the rollout of 3G were comparatively weaker than those linked to radio waves or 2G.

There isn’t a trend of major respiratory disease outbreaks occurring the same year as upgrades in wireless technology. Radio waves were introduced well before the Spanish flu pandemic, seasonal flu outbreaks happened the same as any other year in 1979 and 1998, cholera isn’t a respiratory illness, several of these years don’t actually coincide with the launch of the new technology worldwide and/or in the U.S. and the link between the current pandemic and 5G is weak at best.

Influenza outbreaks have been taking place since well before the launch of wireless technology. One research paper says the first influenza pandemic happened as early as 1580.